2020 International Toy Fair: LEGO Star Wars Round Up
Posted by Jeremy on February 25, 2020 at 01:45 PM CST
Every February the greatest show on Earth takes place in New York's Javitt Center, drawing in manufacturers, wholesalers and retailers - not to mention a number of pundits, press outlets and lookie-loos - to lay out the course of the year's buying habits.

Being one of the biggest draws, LEGO puts on quite the spectacle for the potential buyers and press, and though the latter don't get to experience all the raqzzle dazzle there were one or two surprises (if you didn't read our Magic Eight Ball article on what to expect).

The most popular upcoming LEGO Star Wars set at New York Toy Fair is 75278 D-O, the adventuring anglepoise lamp of The Rise of Skywalker, who is set to join 75187 BB-8, 75230 Porg and 75255 Yoda in the not quite-UCS/nearly-to-scale ranks of LEGO Star Wars sets. 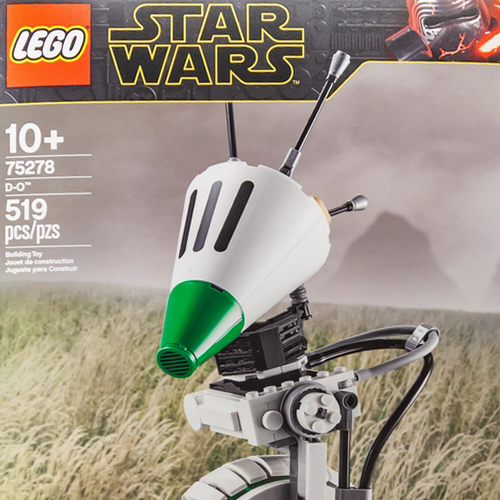 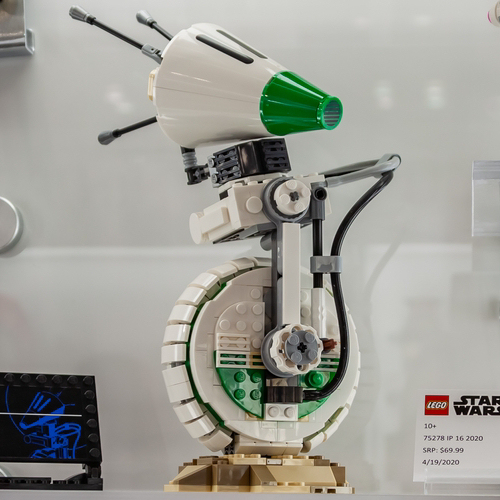 Though the image on the box shows long grass (presumably Kef Bir) the sand and tan base more clsely resembles the desert floor of Pasaana. The build itself has a monowheel that rolls and an armature that allows the head cone, which is topped by an assortment of greeblies, to pivot. The details on the data sticker put this character at 0.30 m while the LEGO version comes in close at 27 cm (0.27 m).

This new "sculpture" is aimed at the builder who likes to display their LEGO and includes a UCS-style data plaque in its 519 pieces. Set for a release date of April 19, it will be priced $69.99.

With last week's double-stacked advance announcement of 75317 BrickHeadz The Mandalorian & The child, no-one was surprised to see it on public display. 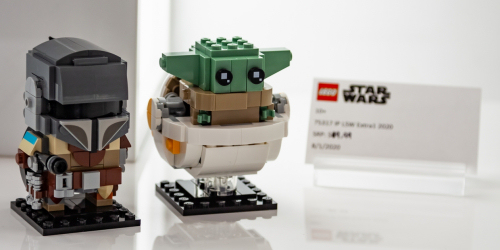 With this sets first public outing came the benefit is seeing the true colours, rather than the rendered tones, of the bricks. Consisting of 295 pieces the BrickHeadz duo of The Mandalorian and The Child in hoverpram is due out on August 1st and can be pre-ordered from LEGO.com and Amazon.com> now for an RRP of $19.99.

Like their largest scale versions, The Mandalorian and The Child made a New York Toy Fair appearance alongside the Amazon exclusive 75292 The Razor Crest, which was also announced last week.

With 1023 pieces in its inventory this was the largest Star Wars set on display at the LEGO stand. 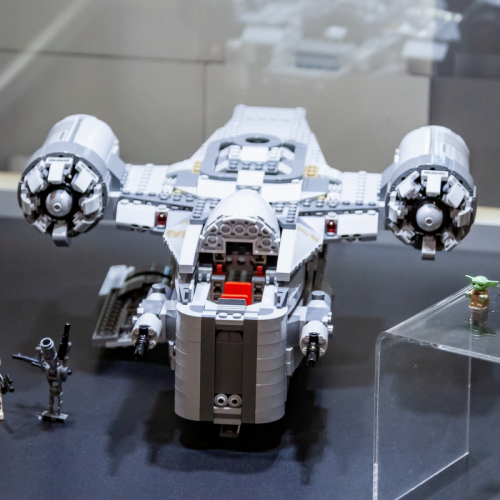 The official images that were provided with the press release only showed the ship from the outside. Only alluded to in the set's description are the play features, which LEGO staff were keen to demonstrate the fold down side panels, cargo hold and two prisoners in carbonite bricks. 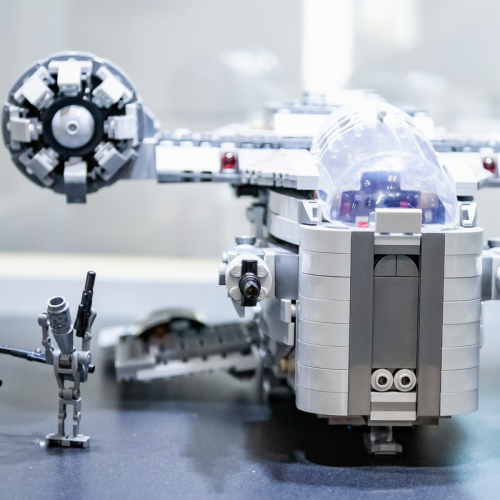 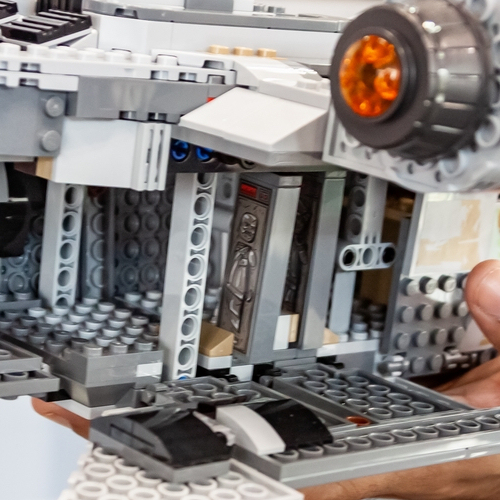 With five minifigures - including the obvious The Mandalorian - it will be The Child that makes this a hot seller. Along side these two characters are Bounty Hunters' Guild representative Greef Karga, a scout trooper, and the bounty hunter droid IG-11. The only shame in this assortment is that the torso element of the IG-11 assassin droid doesn't allow it to be rotated.

With this set not being released until September 1st - though you can preorder it now on LEGO.com and Amazon.com priced $129.99 - the artwork for the packaging has not been finalised yet.

Sharing the LEGO footprint was Santoki - partners in all things stationary, t-shirts and bag tags - and Scholastic, who had a few samples of their books-with-minifigures. 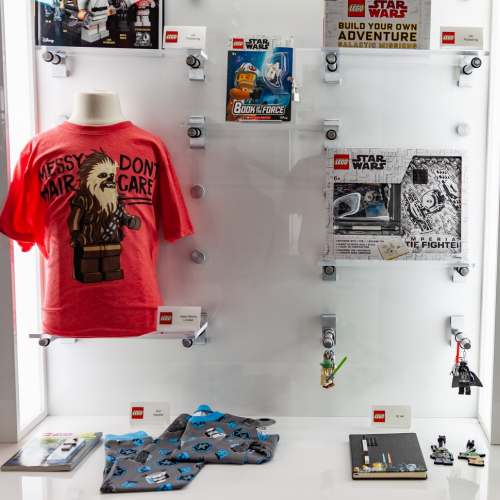 It's clear that a number of sets that are expected to be part of the April wave weren't on show to the public. Typically those out are ones that have sufficient interest from retailers or aren't considered plot sensitive, so it's likely that the rumoured helmets have still to be picked up. Or someone's made them up.


Our complete, including the Winer wave sets that were on display, is below.