BBTS News: Boba Fett, Animaniacs, Batman 89, Transformers, MMPR Ranger Slayer, Godzilla, Mummy, Dredd & More!
Posted by Joey on December 8, 2021 at 03:59 PM CST
--------------
NEW PRE-ORDERS
--------------
Boba Fett and Fennec Shand have joined The Black Series from the new series Star Wars: The Book of Boba Fett! Beast Kingdom enters the world of Tim Burtons Batman with the release of a highly articulable DAH-032 Batman 1989 Joker. An action figure ready for the ultimate in posing possibilities with its 20 points of articulation, the Jokers diverse yet scary grin is on full display, with two replaceable head sculpts. Threezero and Hasbro are excited to reveal Ranger Slayer, the popular villain from the Power Rangers comic books by Boom! Studios! For the 90th anniversary of the extraordinary silver-screen classic, NECA presents The Mummy action figure in authentic black-and-white! From the 2004 movie Godzilla: Final Wars comes new S.H.MonsterArts figure of Godzilla! It's look from the movie has been recreated with great detail and it features the premium articulation you would expect from the S.H.MonsterArts line. One of the world's most famous comic book characters, Judge Dredd has been patrolling the mean streets of Mega-City for forty-five years and this dynamic and fully poseable figure of perfectly captures his iconic look. The Studio Series introduces 6 new figures from the Transformers: Bumblebee film. 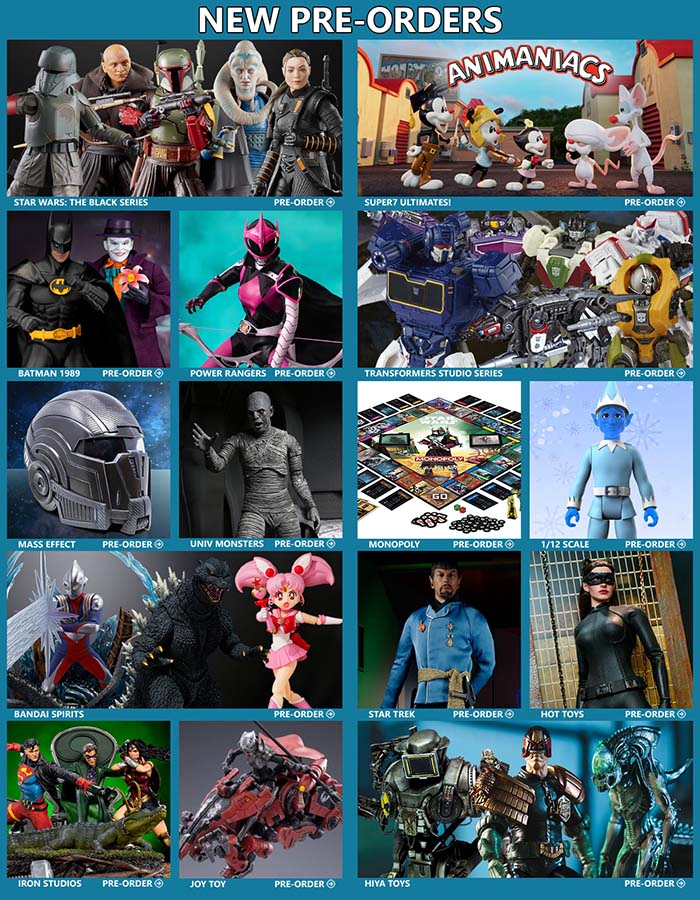 ------------
NEW ARRIVALS
------------
More Marvel Legends are here with the X-Men Wave 7 figures! Fans can now get all of Wave 2 of the Masters of the Universe: Revelation Masterverse series. Along with those, new Eternia Minis are in stock as well as Mega Construx playsets. The Mandalorian is battle-worn and tight-lipped, a formidable bounty hunter in an increasingly dangerous galaxy. Imagine tracking down bounties and battling opponents with this Nerf Star Wars Amban Phase-pulse Blaster. Ready up! The time has come to assemble a squad and unlock the legendary Fortnite game universein the real world. The Victory Royale Series takes Fortnite figures to the next level with highly poseable and detailed designs based on fan-favorite character outfits from the Fortnite video game. While you're saving humanity as the Master Chief in Halo Infinite, Dark Horse will help by showcasing the Chief himself with this incredible 10-inch statue, complete with grappleshot and energy sword that will bring the surface of Zeta Halo straight to the surface of your favorite shelf. A variety of new Gundam model kits have arrived from the High Grade Breaker Battlogue line! 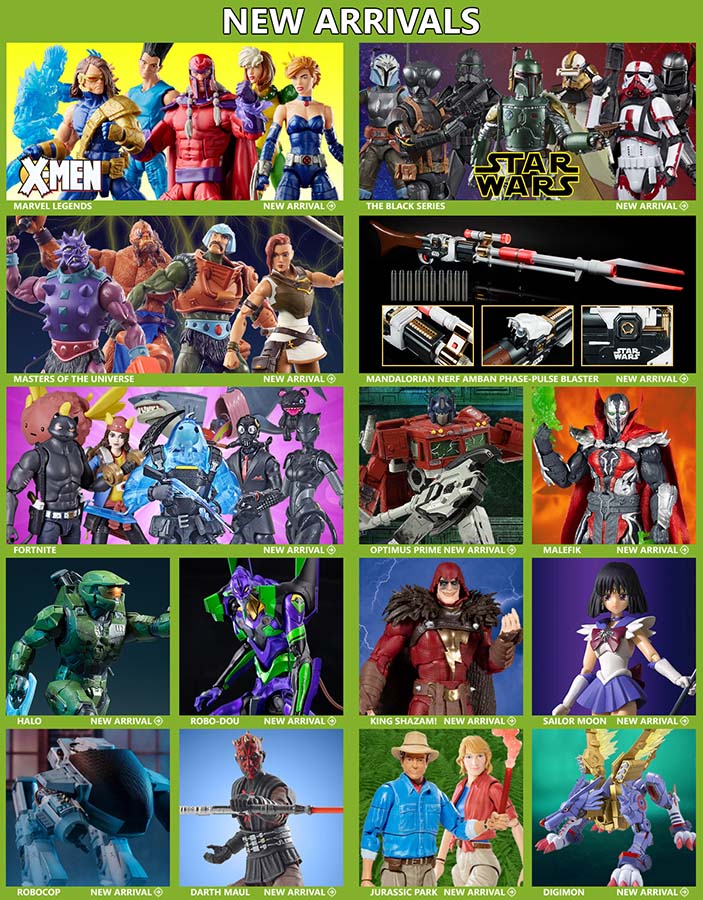