Black Series 6-Inch Greedo Variant
Posted by Rich on November 10, 2013 at 11:28 PM CST
We've discovered Greedo figures in Hasbro's 6-inch Black Series line with a manufacturing date stamp of 32521 (those manufactured September 9, 2013 and earlier) have heads that are produced with a lighter green plastic shaded with a dark paint wash. Those figures also have an orange wash along the yellow piping on the figure's jumpsuit, which is absent from figures produced after September 9.

While it's common for paint applications to vary from figure to figure, like the environmental wear on the armor of the Black Series Sandtrooper, a difference in plastic color isn't as common. The photo below shows the difference between the two figures and can be clicked to enlarge. 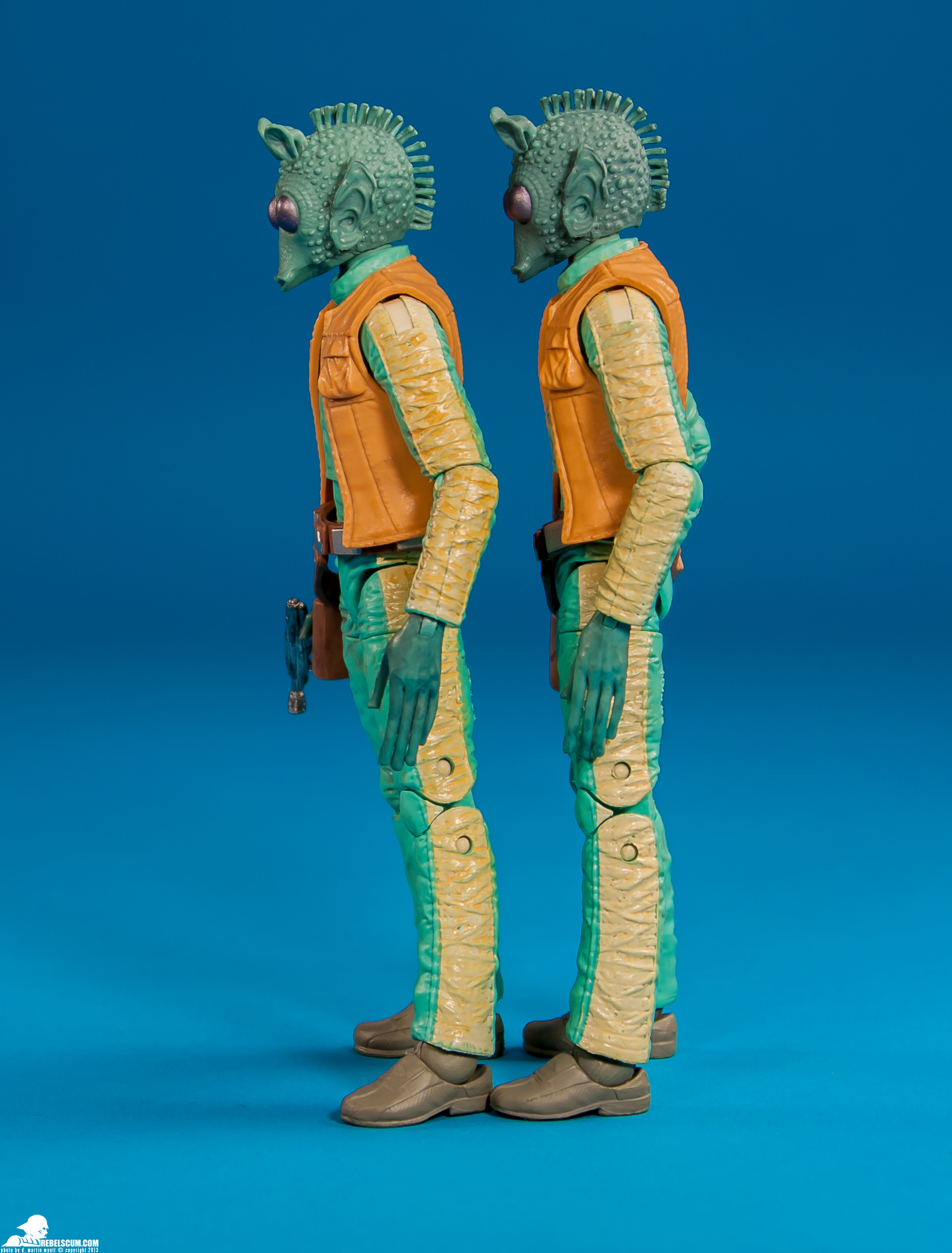