Blocks Rises In Issue 63
Posted by Jeremy on December 20, 2019 at 11:03 AM CST
The latest issue of Blocks magazine is out now to coincide with the release of Star Wars: The Rise of Skywalker, the final chapter in the Skywalker saga. 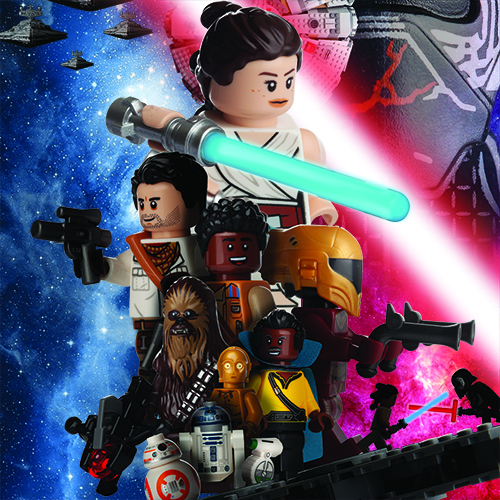 As well as exclusive cover art based on the film poster, new Star Wars sets take over the Reviews section. From the latest edition of Kylo Rens Shuttle to the BOOST Droid Commander, the team takes a look, with Ultimate Collector Series Imperial Star Destroyer getting an extra special deep dive.

There is only one person who could really tell Blocks magazine about Star Wars: The Rise of Skywalker  C-3PO himself, Anthony Daniels. He is the only person to have been on the set of every Star Wars movie, going right back to 1976. To illustrate the actors unique insight into the series, three builders took on the task of putting together nine vignettes  one for each film  focused on C-3PO. The exclusive builds provide a visual look back at the story of cinemas most memorable droid.

If you've had enough Star Wars there are articles about the new Technic Liebherr R9800 Excavator, a nostalgic review of the Robin Hood-inspired Forestman sets from the 1980s, a look at the pros and cons of running a LEGO shop, Architecture theme senior designer Rok Zgalin Kobe shares news on the theme, plus regular features - including Month in LEGO, Rebuild Challenge and Ideas Showcase to name a few - share space in this 112 page issue.

This issue is available now at supermarkets and newsagents - including Barnes & Noble - for £5.49. You can get Blocks magazine delivered every month by subscribing at www.blocksmag.com get your dose of LEGO news ahead of the shops.
SEND