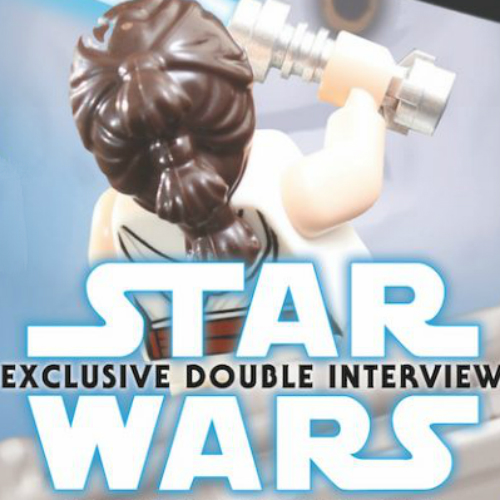 The lead article is a very special interview between LEGO and Lucasfilm, as Brick Fanatics Magazine brings together designers from both companies who have played their part in shaping this most recent era of Star Wars on the big screen and in LEGO.

Concept Designer Jake Lunt Davies, who is responsible for designing a host of droids and creatures that have appeared in the Sequel Trilogy, looks at how his designs have been interpreted into LEGO Star Wars sets.

And as the Skywalker Saga draws to a close Brick Fanatics Magazine sits Jake down with LEGO Creative Director Jens Kronvold Frederiksen and Design Manager Michael Lee Stockwell, as the three discuss shaping a galaxy far, far away, in film and in LEGO.

This fascinating interview is matched with some eye-catching and specially commissioned photography celebrating the very best that the LEGO Star Wars team has produced since The Force Awakens took Star Wars in a new creative direction.

This issue, priced £5, is available to buy in the UK at branches of WH Smith. US customers can get it through Barnes & Noble from January 9. Alternatively you can beat the crowds and order your copy online and get it delivered to your door.
SEND