Busting The LEGO Code
Posted by Jeremy on August 15, 2019 at 03:37 AM CST
The Star Wars franchise is famous for using code words - starting with Blue Harvest for Return of the Jedi right through to the use of Space Bear during the production of The Last Jedi. This has effectively deflected the curious nature of the press and fanboys for decades, and licensees have adopted the practice in order to hide the nature of characters, vehicles and environments they are developing into toys.

Sometimes these are cryptic, like Gorgon (the Conveyex in Solo) or Green Seal Leader (Jyn Erso), and take a lot of sleuthing to figure out. Other times they are hidden in plain English - like the "New Adult White" and "New Adult Green" listings that appeared on a dealer's listing a few weeks ago.

Naturally, this started a buzz amongst those LEGO Star Wars fans who follow such things but no-one could come up with a feasible suggestion. Until now, because Luke over at Stonewars.de has put forward the hypothesis that these are nothing less than a Stormtrooper and Boba Fett bust. 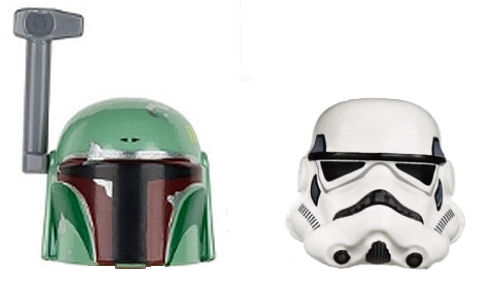 The sum total that is known about these sets is zero. However what we think we know is that certain leaked listings for the Winter wave of LEGO Star Wars sets include two lines that are listed as being suitable for 16 years and above:

The brick-built bust isn't new, and besides the Darth Maul and George Lucas that have been produced in the past, LEGO have already released two Star Wars busts - Celebration Chicago had 75227 Darth Vader Bust with 327 pieces and the 484 piece 77901 Sith Trooper Bust, which was a San Diego Comic-Con exclusive - n this 2019. Both of these construction sets have no play features and are aimed at adult collectors.

Stone Wars points out that "Of course, the two codenames 'White' and 'Green' allow for speculation" and goes on to suggest that white is the more obvious of the two as the Republic clone or Imperial/First Order stormtrooper are the only suitable candidates. Green, however, is suggestive of either Yoda - which has already been tipped to be an October release - or Boba Fett. Given that there are other licensees pursuing a similar product development route it is likely that Stone Wars is on to something,

The one outstanding issue is the piece count. Both the existing busts are 300 elements less than the suggested inventory, and far short of a life-size helmet, which would push passed 1500 parts. The best guess is that these busts - if that's what they are - will have shoulders and neck or be slightly larger and far more detailed than the current ones. 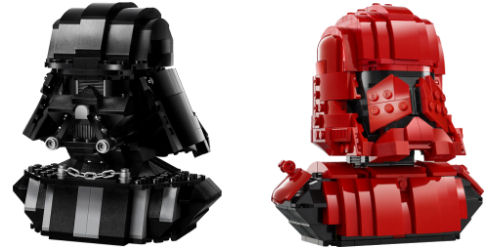 What do you think? Head to our 2019 discussion thread or add your opinion about the 75227 Darth Vader Bust or 77901 Sith Trooper Bust sets in our forums.
SEND