Chinese Authorities Raid LEPIN Factories
Posted by Jeremy on April 29, 2019 at 09:07 AM CST
LEGO has been in a long and closely watched battle against a number of bootleggers, including LEPIN, for a handful of years as the Danish company seeks to strengthen its market share in China and other Far Eastern countries. A recent successful court outcome suggested that Chinese judiciary authorities were beginning to take the protection of LEGO's intellectual property seriously, though sales (and likely production) of the fake sets continued. 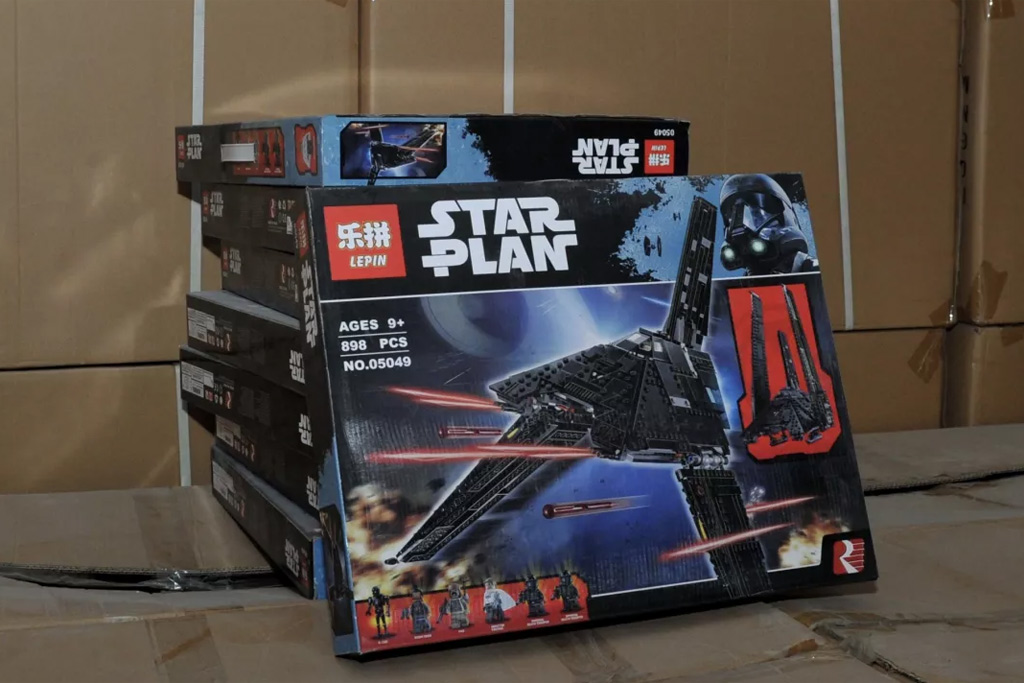 Now, according to the Shanghai police, who have been working as part of a task force with other departments in China to crack down on IP infringement, recent raids has led to a successful take-down of LEPIN's finances, organisation and infrastructure and the long arm of the law has taken this as an opportunity to send shockwaves through the Chinese criminal counterfeiting community.

In their write-up of the investigation, which evokes imagery of dawn raids, tactical armour and whatever the Mandarin equivalent of "hut, hut, hut, hut, hut" is, the Shanghai police go on to clarify that nine suspects have been detained while the case is investigated.

Given the scale of LEPIN's undertakings, it is hard to imagine that three factories and 90 moulding machines is the full scope of the counterfeiting operation, and more arrests and seizures are sure to come.