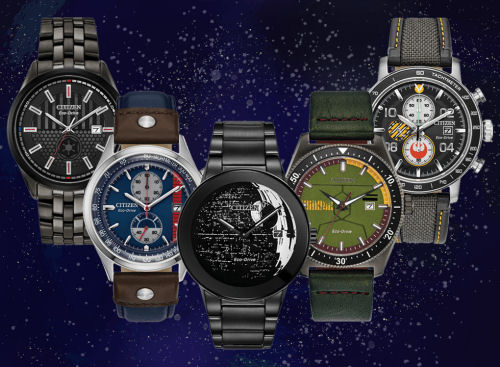 Finding new ways to translate the spirit of Star Wars into high-end watches was difficult. "I really wanted to take subtle cues from the different characters, but we want to make sure and have all of the elements that would excite a Star Wars fan. So we had to take some risks in terms of putting certain [things] in there." said watch designer Donell Hutson, a life-long fan of the movies in a Starwars.com interview.

The aim of achieving a distressed look - capturing George Lucas's vision of a used universe - helps to promote the well-worn and story-filled nature of the Star Wars franchise and subtle details pay homage to character backgrounds.

Luke Skywalker - with a distinct nod to the stylings of his X-wing helmet, this watch includes the Rebel Alliance motif and has a green lightsabre for the second hand and has a watch strap that is remiscent of Luke's orange jump juit strapping. The back of the watch depicts his helmet and is numbered out of 1977, the year we were first introduced to this Star Wars character. Available at Amazon.com for $425. 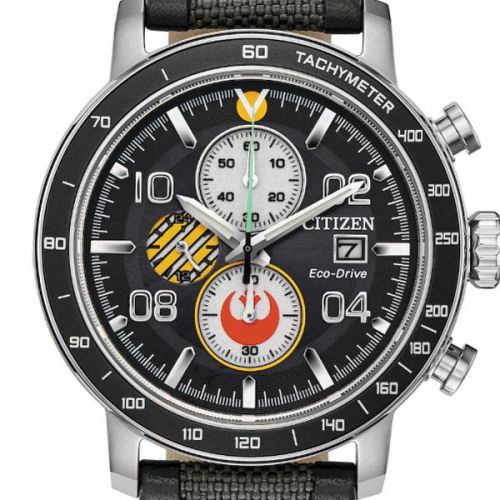 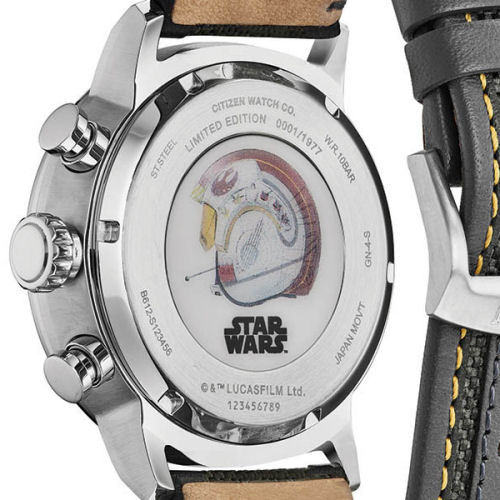 Darth Vader - with an ominous black look that's a clear nod to the Sith Lord's armour, the accenting on the watches bezel is drawn from the life-support control unit on his chest while the watch face draws inspiration from Vader's helmet ventilator and chest armour. The watches obverse shows his helmet and is numbered out of 1977. This watch is available through Amazon.com now, priced $450. 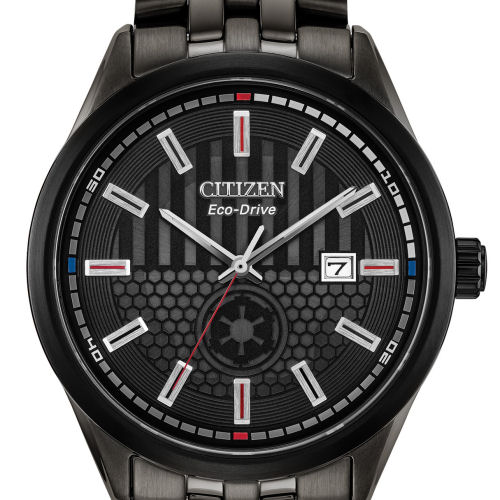 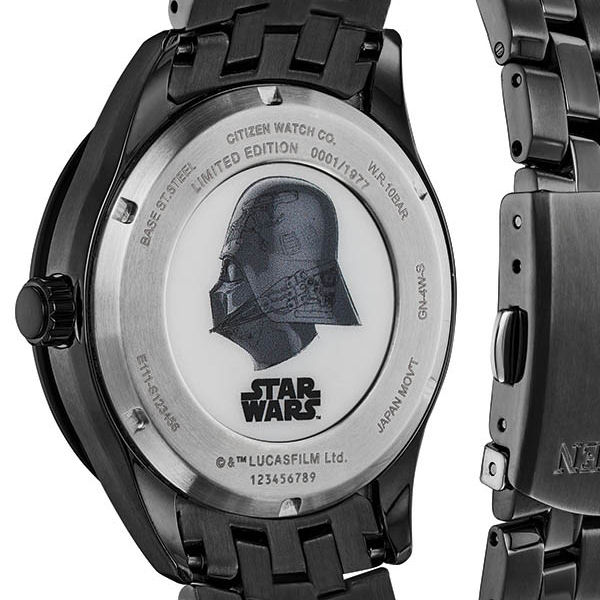 Death Star - there's no better inspiration for the look of a new Star Wars watch that the round face of the Death Star. And like the luminous beings that we all are this watch glows when the lights dim, casting the Death Star in an eery green glow. Numbered out of 1977, you can buy this watch - priced $395 - on Amazon.com right now. 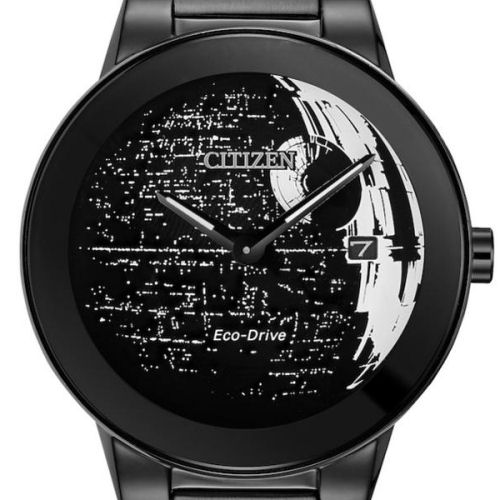 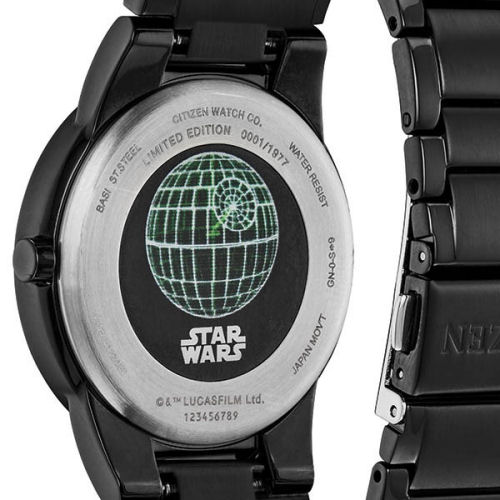 Han Solo - just like the smuggler himself, this watch is all about braggadocio and swagger. The watches face has the Corellian's trademark red trouser piping and a depiction of the Millennium Falcon's cockpit window. The blue watch strap is a nod to his trousers and the brown leather wrap is a reminder of his blaster holster. Says Hutson, "this is instantly recognizable as a Han Solo watch. Priced $475, head to Amazon.com to pick one of these up. 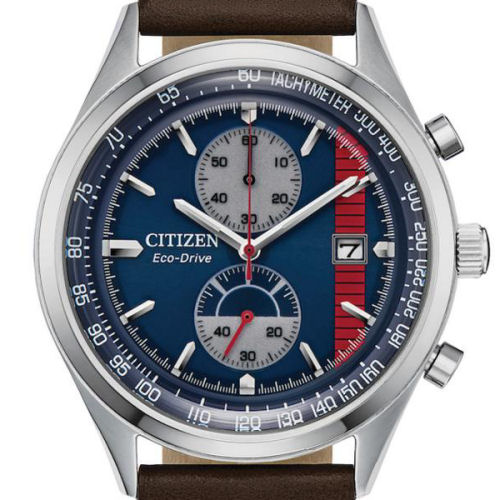 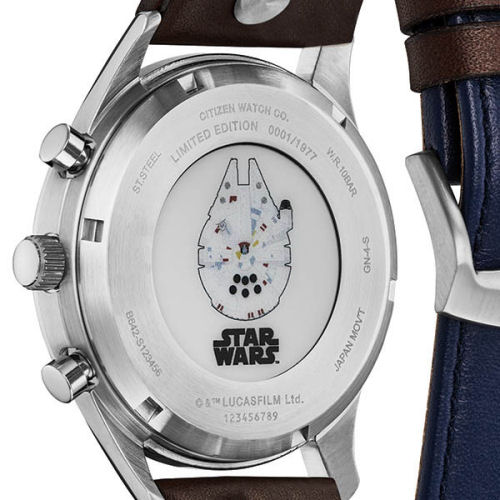 Boba Fett - the stealthy but robust nature of this enigmatic bounty hunter's armour is captured in the design and tones of the watches face, and the 12 o'clock marker is a clever nod to Fett's chest plate. Predicting that this watch will be the most popular, Citizen have produced 1980 copies - coincidentally the year that this character debuted in The Empire Strikes Back! This watch is available now at Amazon.com now, and has a $375 bounty. 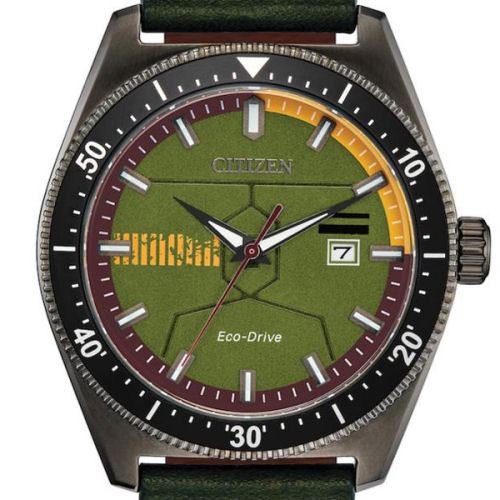 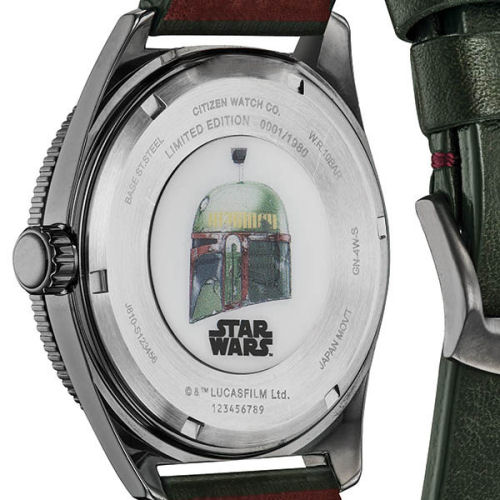 All of the watches are powered by Citizens Eco-Drive technology that uses light so they don't need batteries or winding up, meaning they are perfect for everyone except graveyard shift workers and scientists assigned to Antarctic research sations during the winter. The watches come in stylish metal cases and are sold with a five-year limited warranty that is topped with an additional year when the watch is registered with Citizen. 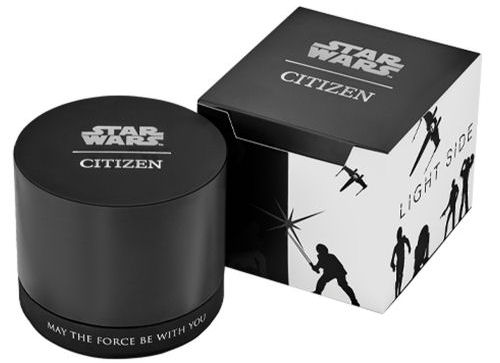 Shopping links that contain affiliate code may provide a small commission to help keep Rebelscum bringing you the best Star Wars collecting news in the galaxy. None of the monies earned is spent on hurting kittens.
SEND