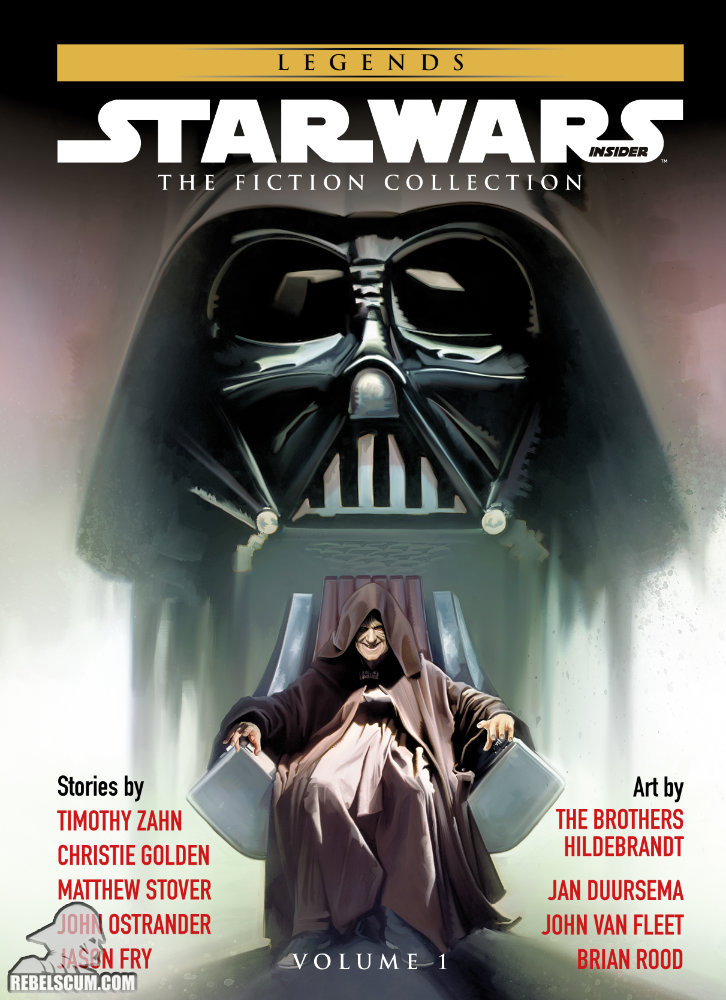 All things considered, Shea Hublin didnt like the planet Kelrodo-Ai very much.

The volcanic worlds thin soil was broken by outcroppings of black rock pitted with holes, the air left an acrid taste on the tongue, and the light was yellow and harsh.

Then there were the Separatist clankers salvaged and reprogrammed by their new masters. The Empire had taken control of the galaxys central systems in a quick and orderly fashion, but out here in the spirals Western Reaches, troops had been few and authority almost nonexistent. Separatist diehards had fled here to make common cause with pirate kings and slave lords, bringing a wealth of hardware with them. Now, too much of that hardware was
here on Kelrodo-Ai, tucked beneath a planetary shield.

Shea and the rest of his squadron had dug in at a hastily assembled forward air base beneath that shield. Their mission was to bring down the generators that powered itgenerators hidden in the heart of the mountain that loomed across the plains.

The Kelrodoans called the fortress the Citadel of Axes, and claimed it had been their masters stronghold for millennia. Now, it was the key to the sector, protected by innumerable cannon emplacements and fighters. Fifteen of the Imperial 77th Wings pilots had already died on Kelrodo-ai. Shea knew more would do so.

But he wasnt going to say that now. This moment demanded a different message. He turned and nodded at the holocam operator and the pretty reporter from Eriadu News Service.

Ready when you are, Shea said.

The reporter stood beside him, squinting in the sunlight, and turned to face the holocam. Behind them, the squadrons V-wing fighters waited on the scrubby Kelrodoan turf, traces of Republic insignia still visible on their fuselages.

This is Eris Herro of ENS, embedded with the 77th Air Wing at Kelrodo- Ai, she said. And this man needs no introduction Captain Shea Hublin, the hero of Deepspace Cimarosa and
Feather Nebula.

Shea waved that away, embarrassed.

Captain Hublin, the resistance here has been unexpectedly fierce. Can you update
us on your mission objectives?

Shea pulled at the bottom of his tunic as the holocom operator turned and panned
the distant mountain.

Maam, Ill leave assessments of the overall campaign to Moff Tarkin. I wont deny that Kelrodo-Ai is proving a difficult target, but lets remember this: The Western Reaches Operation has restored security and the rule of law to eight sectors so far, with successful liberation operations on 95 worlds. We are the best-equipped and trained military force in galactic history. And we are the Emperors justice. We may face setbacks, but we will prevail.

The Emperors justice? What do you mean by that, Captain?

This has been a lawless region for far too long, Shea said. Ive seen terrible things here: Separatist gulags, slave campsthings that exist because of Republic corruption and Separatist rebellion. Were here to shut them down. Because we believe in the vision of men like Emperor Palpatine and Moff Tarkin in Imperial authority and prosperity.

Some note there are no humans on Kelrodo-Ai, Captain. They say reclaiming this alien world is a waste of valuable Imperial lives and resources.

Maam, those people need to remember that we are one Empire, Shea said. One Empire in which every species has a role to play, to the extent that its capabilities allow.

My goodness, Captainyoure starting to sound like one of those alien rights activists weve interviewed recently!

Dont worry, MomIm not going to be bringing any alien girls home for dinner! But no matter what shape we are, Miss Herro, we all love our children. The Kelrodoans may not have sophisticated technology. They may have primitive customs. But they deserve to contribute to the Empire while enjoying its securityand thats what were bringing them.

Inspiring words, Captain Hublin, said the reporter, turning back to the cam. This is Eris Herro, reporting from Kelrodo-Ai.

The ENS crew had departed and Shea found a stool, staring across the plain at the mountain and its hidden fortress. Lieutenants Kaal and Starks, his fellow flight leaders, ambled over as one of Sword Squadrons Kelrodoan grooms shuffled forward, keeping his eyes on the ground.

The Kelrodoan grunted, black eyes fixed on the ground. KaalScimitar Flights leadereyed Fara with barely concealed distaste, then clapped Shea on the back.

Good show, Hublin! he said. You actually sounded like you believe that One Empire poodoo.

Shea looked around, worried one of the minders from the new Imperial Security Bureau might be nearby. Kaal was too careless about what he said and too certain that he knew what Shea thought.

I do believe that poodoo, he said. Did you know Fara here was a warriorchieftain? Maybe hes never fired a blaster or been aboard a Star Destroyer, but he got to be a chieftain somehow. Doesnt that suggest he has something to contribute?

Weve got enough problems without handing blasters to the likes of him, Kaal grumbled.

Before Shea could reply, Starks jumped in to keep the peace.

After this next hop, Im gonna be the holostar, he said with a grin. You know, I think that Miss Herro likes you, sir. And shes not the only oneany more heroics and youll be up for a commendation from Moff Tarkin himself.

Not likely, Shea said. Were a small part of a very big operation. Moff Tarkin has a lot more to worry about than us.

Oh, I bet hes watching, Starks said. And others too. I could see Imperial Center making you a clone template, sir.

Youd refuse? Kaal asked. He looked genuinely surprised. Shea looked around, and was relieved to see that none of the squadrons clone pilots were nearby. Only then did he
answer Kaal. They did something to their brainsmade them more obedient, he said. Its creepy. Or maybe theres just something about the idea of other mes out there that I dont like.

Kaal frowned, but Starks was grinning.

Imagine a whole squadron of Starks! he said. Hey Fara, you making that porridge for lunch?

You dont even know whats in that alien slop, Kaal said.

Whatever it is, its good, Starks said with a shrug.

efore Starks could say something, klaxons started wailing and the pilots looked up.

The Kelrodoan was already bringing Sheas boots, scuffing irritably at a theoretical spot of dust.

You kill without looking your enemy in the face, Fara said, looking at the sky. It is a new path to honor.

Shea frowned, but the Kelrodoan had turned away, and the briefing awaited.

Find out what happens next and read 17 more Star Wars short stories in Star Wars Insider: The Fiction Collection Volume 1 on sale May 4! 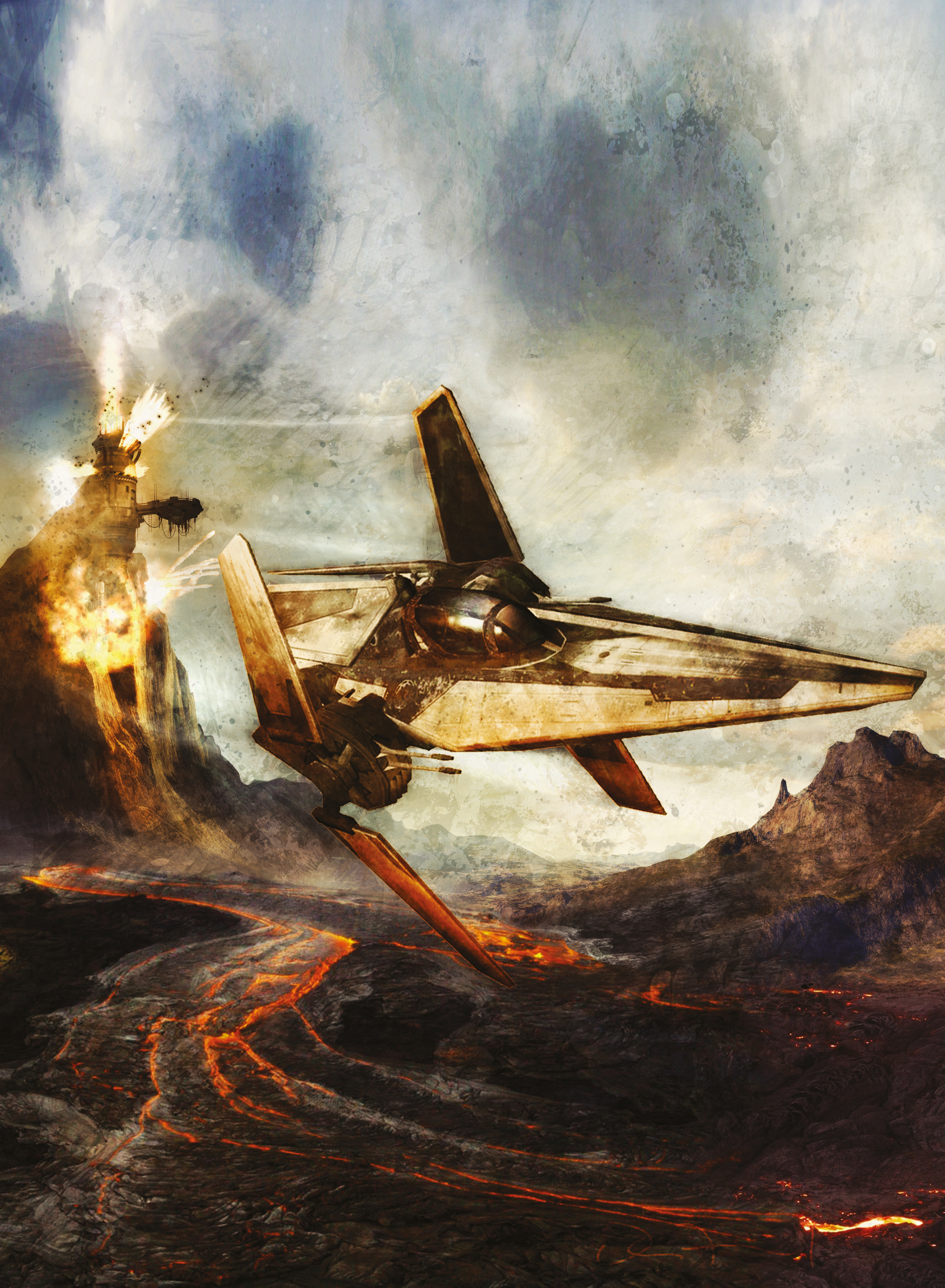 You can pre-order your copy today! Hardcover only via Amazon or via Forbidden Planet. On sale May 4, 2021!
SEND