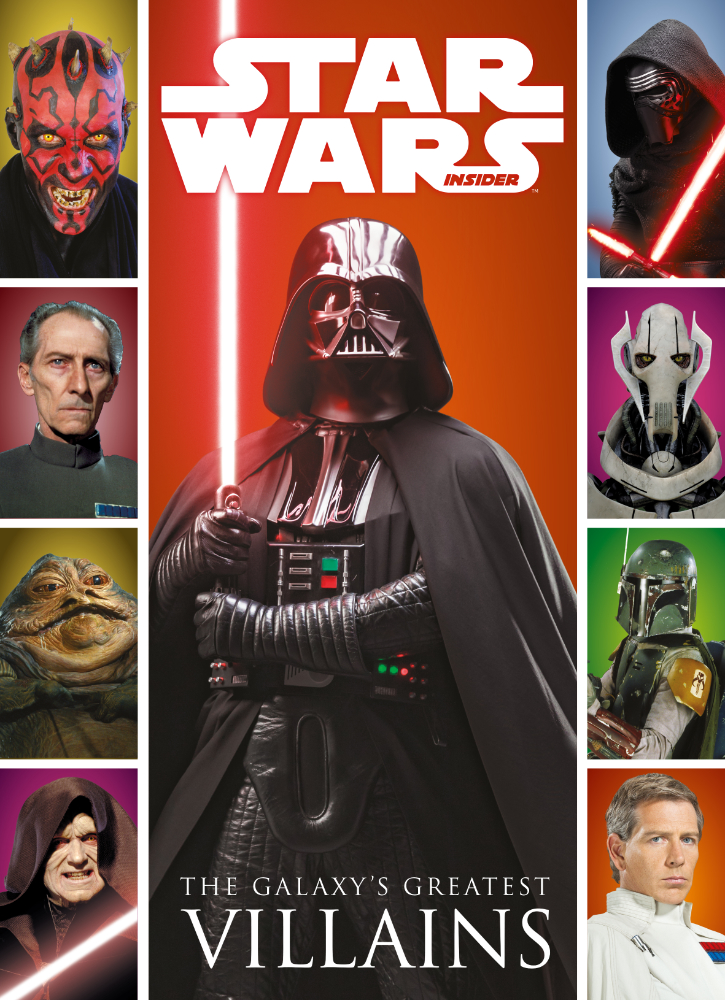 Star Wars: The Galaxys Greatest Villains will be available at the end of the month and depicts 15 of Star Wars' most popular villains.

Whether hes wielding his double-bladed lightsaber on the big screen in Star Wars: The Phantom Menace and Solo: A Star Wars Story, or overseeing a crime syndicate and plotting revenge in The Clone Wars and Rebels, Darth Maul is a malevolent force to be reckoned with. 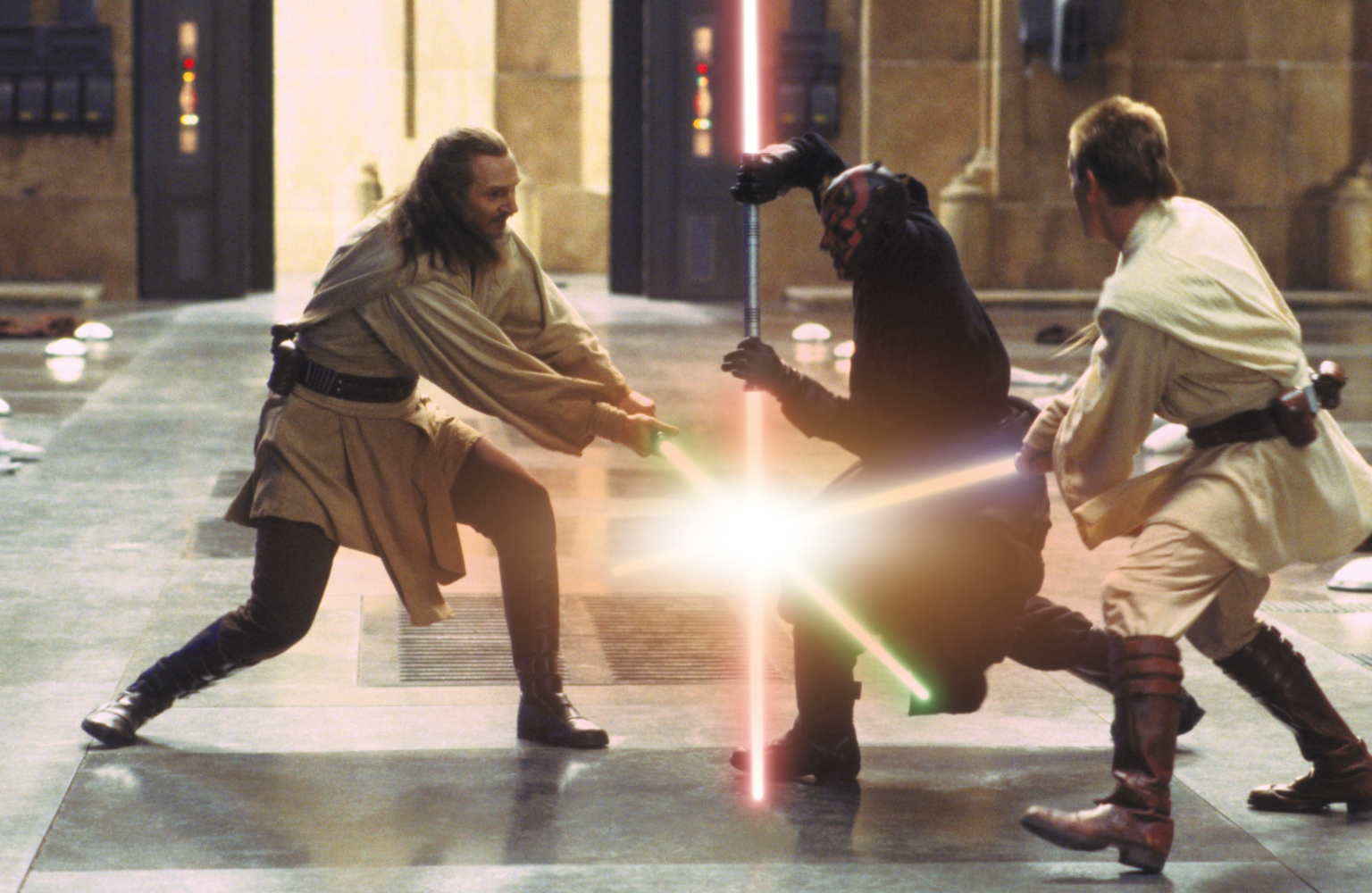 In Star Wars: The Phantom Menace (1999), Darth Maul was played by young British martial artist Ray Park in his second movie after 1997s Mortal Kombat: Annihilation. Park remembers how the Star Wars movies, as well as martial arts, always meant a lot to him during his childhood.

Ray Park: You know when youre growing up, and your Grandad says, Youre a special one, something good is going to happen to you one day? Well, I was the kid who believed itit gave me hope and determination. The thing that kept me focused was martial arts. It wasnt easy for me, but I loved it; I had a passion for it. I wanted to learn Mandarin, live in China, and become a Buddhist.

In 1982, when I was seven years old, we went to see a double bill of A New Hope (1977) and The Empire Strikes Back (1980). Vader scared me, but I was intrigued by Luke Skywalker and Obi-Wan, so I wanted to become a Jedi. I already wanted to learn martial arts, and was watching Bruce Lee films and TV shows like Monkey Magic (1978-1980), and Kung Fu (1972-1975), so when Empire screened straight afterwards, and Luke does the handstand with Yoda and his back flips, that completely changed me. I walked out of that movie house and asked my Dad for a lightsaber. I wanted to do martial arts and gymnastics and become a Jedi. It was the icing on the cake. Star Wars made it happen for me.

Almost two decades later, Park reprised the role of Maul for 2018s Solo: A Star Wars Story  a fact he had to keep secret in the months leading up to filming.

Ray Park: I was on vacation in summer 2017 when an email from Lynne Hale [Lucasfilms Vice President, Publicity and Communications] came through. I thought it was most likely to do with a public appearance, but my wife, Lisa, kept saying, Youd better call her now, its important. So I gave Lynne a call and thats when she broke the Solo news. I remember she said to me, Remember, Ray, you cant tell anybody. Lisa was standing right beside me, so I asked, Can I tell Lisa? and Lynne said No! I wanted to teach my kids the value of keeping a secret, so I didnt tell anyoneI didnt tell my wife, I just said cryptically, Its a secret twenty years in the making, thats all I can tell you So she knew straight away. Id said to my kids years ago that if I ever got that call again, Daddy would go crazyin a good way. Id have to focus, and manage every second of my day around training, and thats what I was doing. So my daughter was thinking, Daddys going to London in October; hes talking about shaving his hair; hes training all day; hes in the sauna at three in the morning; hes in the gym She figured it out.

I wanted to tell my mom and dad about it, but I was sworn to secrecy, so I just said, Remember when I did something and I had to shave my hair? Well, its something similar to that. I was wearing a beanie hat, covering my shaved head so as not to give the game away. For those eight months I was part of it, but it kind of felt like I wasnt part of it. All I wanted to do was get back into the make-up.

While Ray Park played the Sith Lord in The Phantom Menace, his voice was dubbed by British actor and comedian Peter Serafinowicz.

Peter Serafinowicz: Not a lot of people know that I did a few different voices in The Phantom Menace. Not only did I do Darth Maul, I also voiced the battle droid that confronts Qui-Gon and Obi-Wan and says, Let me see your identification. Also, there is one scene where the action cuts from Darth Maul saying, Yes my master to a Gungan saying, Theysacoming. That goes from me to me in the same film! And Im playing two different characters! Surely thats the first and only time thats happened in Star Wars?

When Mauls story was picked up on the small screen The Clone Wars, the character was voiced by Sam Witwer. Witwer went on to reprise the role for Rebels, as well as voicing the character in Solo: A Star Wars Story.

Sam Witwer: Every time he tried to build something, it was knocked down. He was being groomed as Darth Sidious Sith apprentice and Obi-Wan knocked him down. He was building an empire on Mandalore and Sidious knocked him down Hes kind of like Sisyphus, cursed to roll the boulder up the hill, just to see it roll back down again.

Whats fun [about Maul in Rebels] is that he becomes so much more individual. There is so much more personality to Darth Maul than we ever thought he would have. Every time they brought me in for a Maul episode, we got to add something new to the character, and I think thats the advantage of not seeing him all the time. In The Clone Wars, when he was doing the whole Mandalore thing, we had some fun adding a little bit of humor, but dark, twisted humor. Then he was having a little bit of fun with it, but [in Rebels] he is off the reservation! He is playing with his age and playing the old man. We liked to keep the audience guessing where he was with his age and his condition. 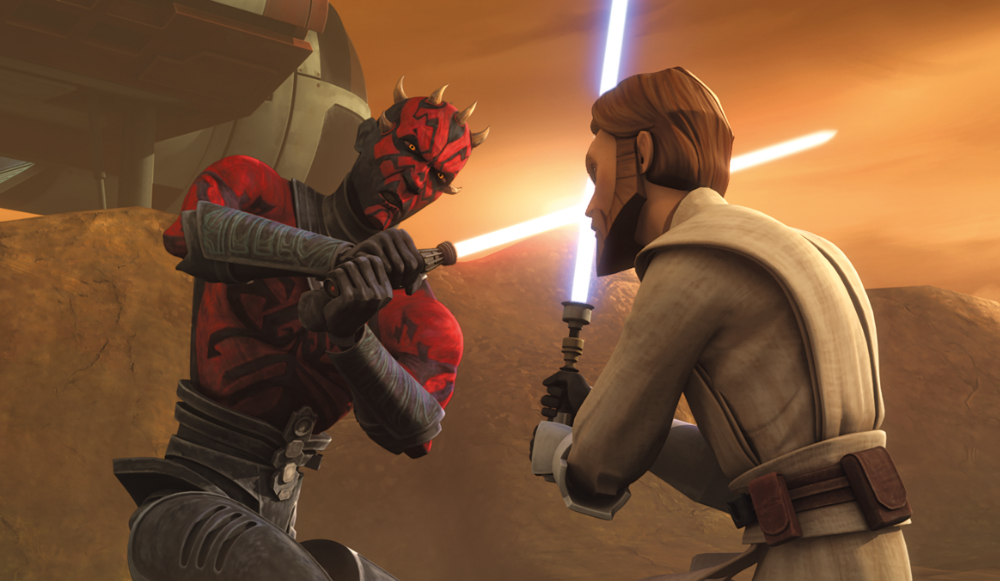 Curated from the pages of Star Wars Insider, go behind the scenes to discover how the most terrifying Star Wars villains were brought to the screen in this incredible collection of in-depth interviews and articles. The actors and filmmakers behind 15 of Star Wars most popular villains discuss the process behind creating some of the most iconic characters in cinematic history. Includes David Prowse (Darth Vader), Ray Park (Darth Maul), and Ian McDiarmid (Emperor Palpatine), with input from George Lucas, Lawrence Kasdan (writer: Star Wars: The Empire Strikes Back (1980), Star Wars: Return of the Jedi (1983), and Star Wars: The Force Awakens (2015)), J.J. Abrams (writer, director: The Force Awakens and Star Wars: The Rise of Skywalker (2019)), to name just a few.

To order and find out more, just follow this link: https://titan-comics.com/c/1742-star-wars-the-galaxys-greatest-villains/
SEND