Expand Your Mind - Marvel Comics!
Posted by Liam on September 22, 2021 at 09:20 AM CST
Welcome back, Rebelscum fans! For our weekly coverage this week, well be digging into the oldest Star Wars Expanded Universe stories ever. Well be looking at the classic run of Marvel Comics released from 1977 to 1986. Later on this week, our Force Casting segment will explore how wed like to see these stories adapted by Disney now, our Character Profile will spotlight one of our favorite individual characters, and our Timeline Breakdown will explore the other Star Wars media you can enjoy as a supplement. 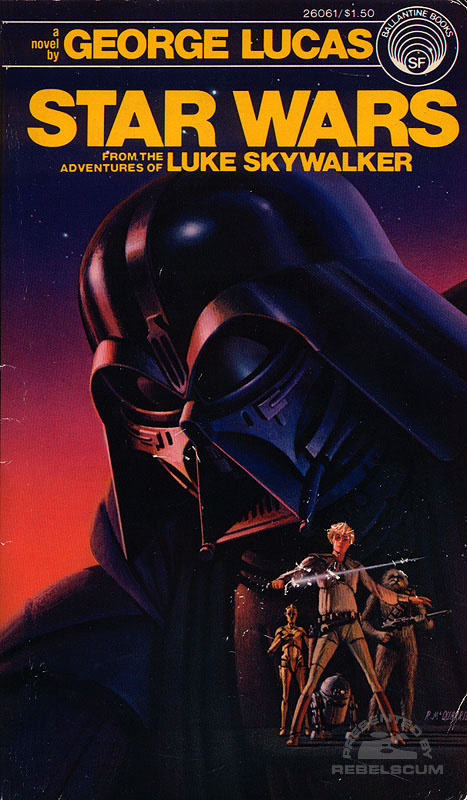 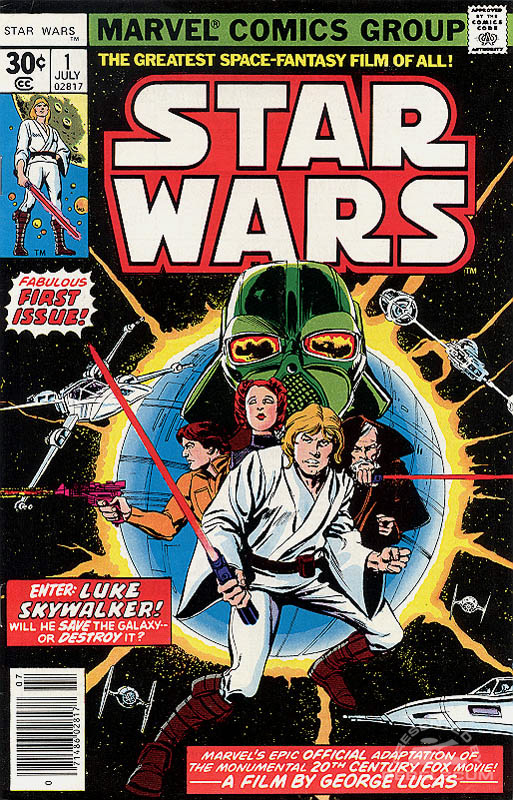 In the 1970s, it wasnt odd for an anticipated new film to inspire a comic book adaptation and spinoff series. The official Star Wars novelization by Alan Dean Foster was flying off bookshelves, and Marvel Comics scored the licensing rights with Lucasfilm. On April 12, 1977 Star Wars #1 hit stands. Enter: Luke Skywalker! Will He SAVE The Galaxy Or DESTROY It? the title read.

If you were around for the release of the original film and kept your copy, you might want to dust it off and have it looked at by an established comics dealer. Quality Comics reported that the record sale for Star Wars #1 was $27,111. Star Wars wasnt expected to be a box office success by studio skeptics of the era, but a month before release the first ever Star Wars comic became a hot commodity. 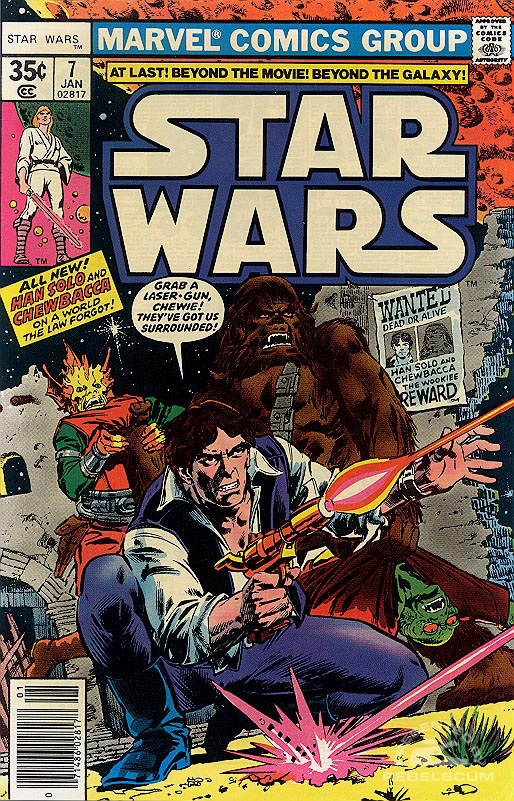 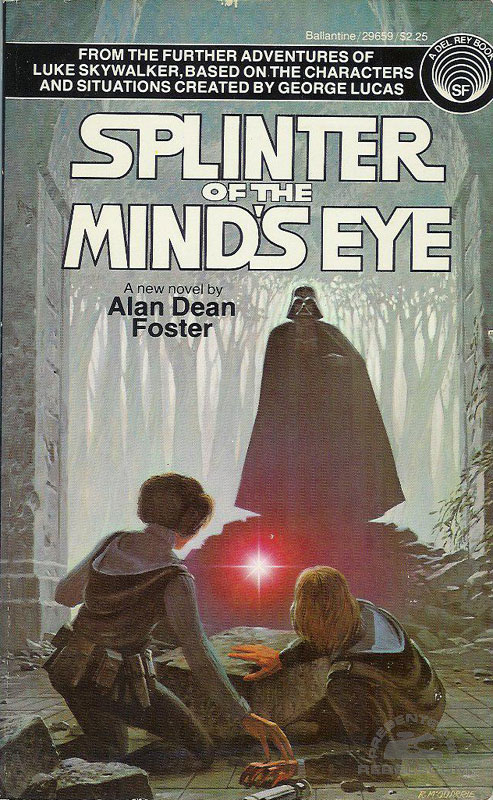 The first six issues adapted the events of the film, and with Star Wars #7 the story "New Planets, New Perils!" told the first ever Expanded Universe storyline. It wouldnt be a year later until Fosters novel Splinter of the Minds Eye was released, so fans hungry for new content eagerly anticipated the monthly adventures of the galaxys heroes during the excruciating three year wait until The Empire Strikes Back. 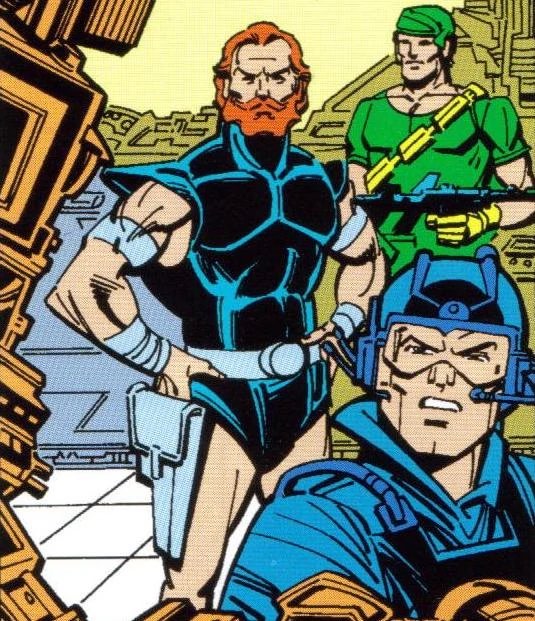 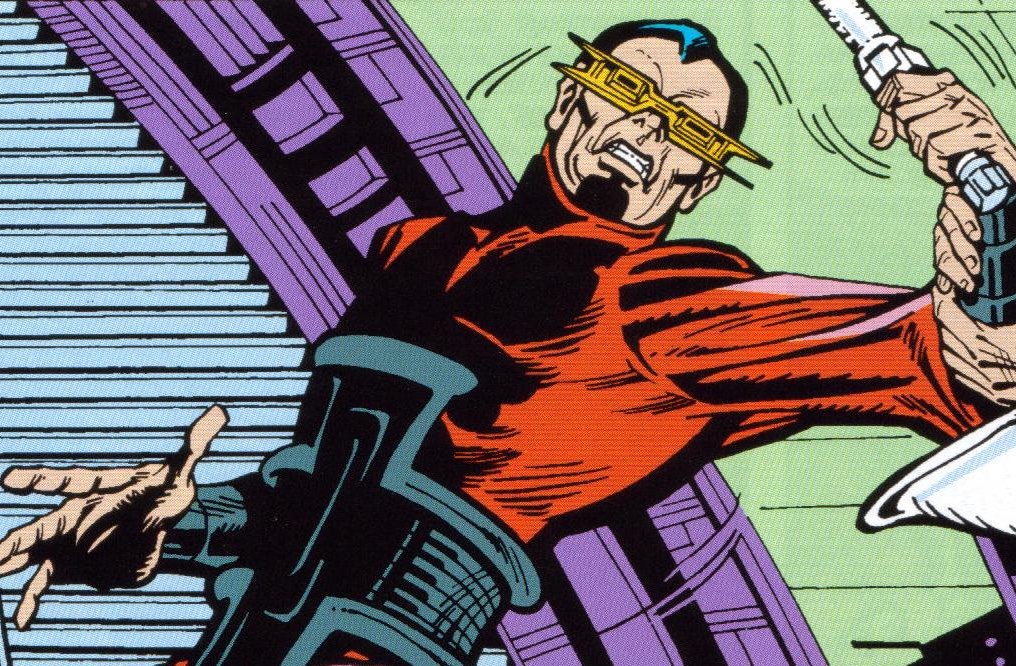 Each issue continued the ongoing storyline up until The Empire Strikes Back and Return of the Jedi were released, which also both inspired a six-part adaptation. Storylines expanded upon the elements teased in the films, such as Darth Vaders search for the pilot that destroyed the Death Star and Han Solos plight to escape Jabba the Hutt. Many new characters were unveiled, including the first-ever Expanded Universe villain - the pirate Crimson Jack, and the evil bureaucrat Baron Tagge was the first non-film character who had his own lightsaber. 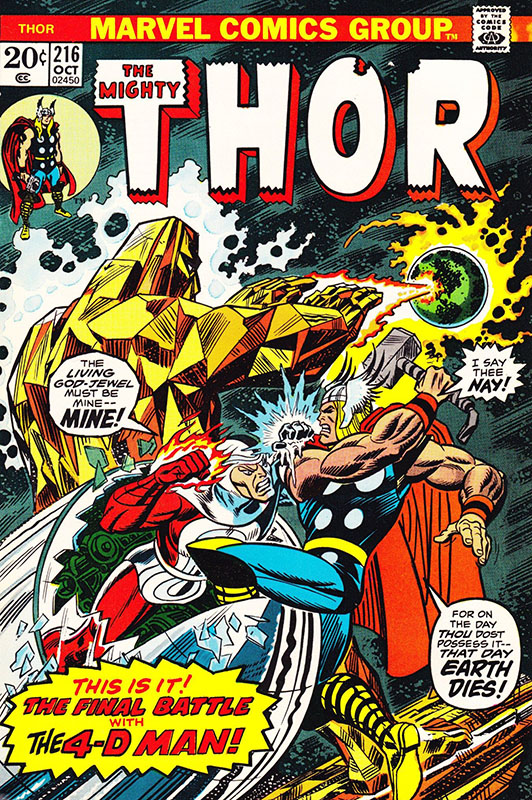 The Marvel Comics were distinctly stylized, and wildly different in tone than the Dark Horse Comics. If you note the cover for Star Wars #1, Luke Skywalkers bulky six-pack is more closely in line with what Marvels depiction of the Hulk or Thor at the time would be. The stories are novelties within the larger Expanded Universe, as they explored a less established universe with more cartoony stories. Theyre still a ton of fun to read and tease many of the exciting things to come; some of the early post-Return of the Jedi comics developed the history of the Mandalorians and established that Boba Fett had survived the Sarlacc Pit. 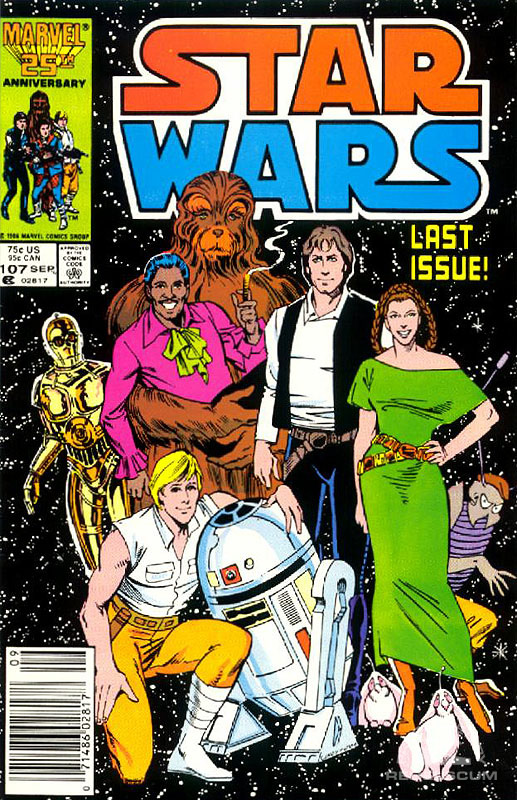 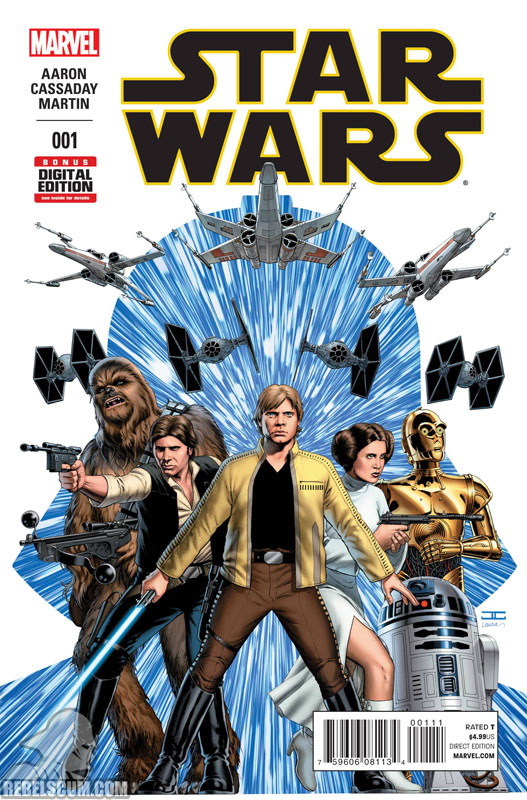 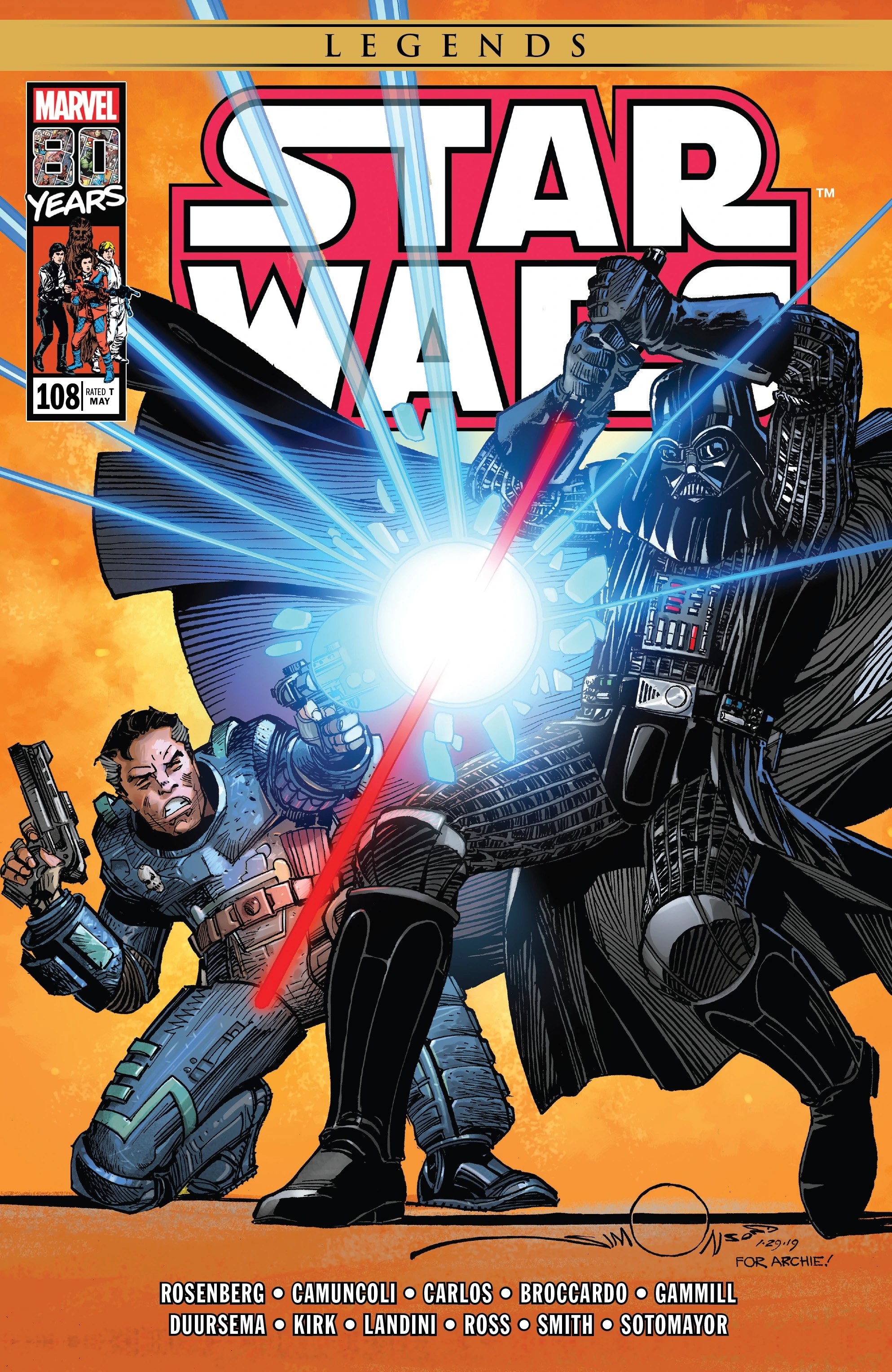 Marvels Star Wars ran for 107 issues. Star Wars 107: All Together Now shipped on May 27, 1986, and concluded the epic run with a heartwarming reunion of the heroes from both the films and newly established characters from the previous issues. The rights to Star Wars comics were adopted by Dark Horse Comics, which began releasing new issues with Dark Empire in 1991. In 2015, Marvel retained the rights and began releasing new canon comics for the Disney era. In 2019, they even released a commemorative Star Wars #108 to expand the original run.

Even before the Disney conversion that regulated most of the Expanded Universe media to the Legends timeline, the canonicity of the original Marvel run was in question. Lucasfilms Holocron expert Leland Chee noted the series was considered in its own subcategory within Legends. However, it doesnt mean the stories arent worth celebrating, and the figures derived from the Marvel era are popular among collectors for their unique design.

What do you think, Rebelscum fans? Did you read the Marvel Comics when they were released? Have you gone back to explore the trade paperbacks that collect the classic stories? Let us know in the forums, and as always, may the Force be with you!
SEND

The Vintage Collection - General Toy Discussion Thread
Recent Acquisitions - The Black Series 6"
The Mandalorian & Grogu (Maldo Kreis)
The next big ticket item?
Phoenix Board # 208: Happy Holidays, Failed Rancor, and Finally getting the Razor Crest
Just How Much Say Did Richard Marquand Have?
The Book of Boba Fett