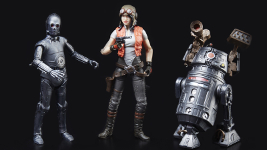 Hasbro: 2018 SDCC Exclusive Special Action Figure Set
Posted by Dustin on June 5, 2018 at 11:34 AM CST
io9.com got the scoop this morning with news of Hasbro's Star Wars exclusive for San Diego Comic Con coming up soon.

Marvels Star Wars comics have given us some delightful new characters over the past few years, but none have been taken to quite like the intrepid archaeologist Dr. Aphra (one-time associate of Darth Vader himself) and her killer droid pals, Triple Zero and BT. Now, for the first time, theyre all coming to action figure form.

io9 can exclusively reveal that Hasbro is bringing a 3.75"-scale The Vintage Collection three-pack featuring Aphra, 0-0-0 the protocol droid, and BT-1 the astromech to San Diego, as one of its Star Wars Comic-Con exclusives this year. The set will also be available at FanExpo Canada later this year, as well as in limited quantities online after Comic-Con at the Hasbro Toy Shop.

STAR WARS: THE VINTAGE COLLECTION DOCTOR APHRA COMIC SET
(HASBRO/Ages 4 years & up/Approx. Retail Price: $49.99/Available at Booth #3329 at Comic-Con International in San Diego)
Celebrate the legacy of STAR WARS with premium, highly-detailed 3.75-inch scale figures and vehicles from THE VINTAGE COLLECTION! Imagine the adventures of the STAR WARS comic universe with these 3.75-inch-scale DOCTOR APHRA, 0-0-0 (TRIPLE ZERO), and BT-1 (BEETEE) figures that feature premium deco across multiple points of articulation and design inspired by the DOCTOR APHRA comics. Includes 3 figures and 3 accessories. Each set sold separately. The STAR WARS: THE VINTAGE COLLECTION DOCTOR APHRA COMIC SET will be for sale at San Diego Comic-Con 2018. Limited quantities of this item will be available at select conventions and select online retailers after the convention in the relevant market (including HasbroToyShop.com where available). Good while supplies last. 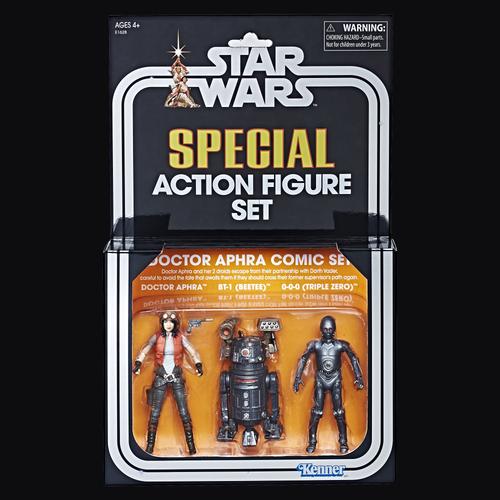 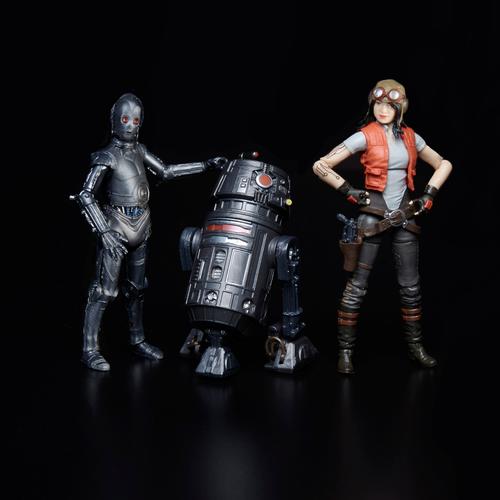 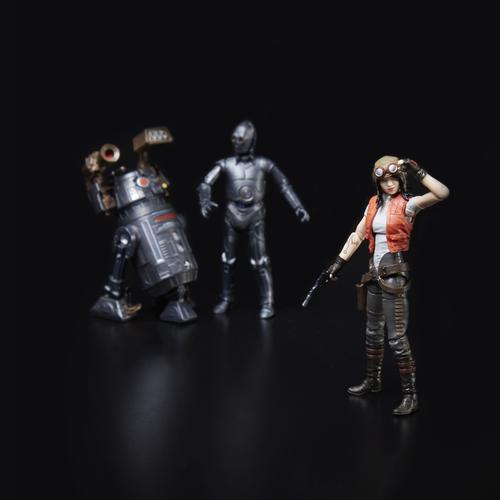 UPDATE: A better look at the silver packaging: 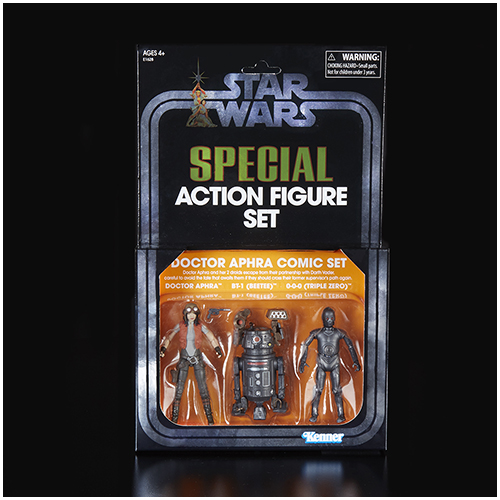