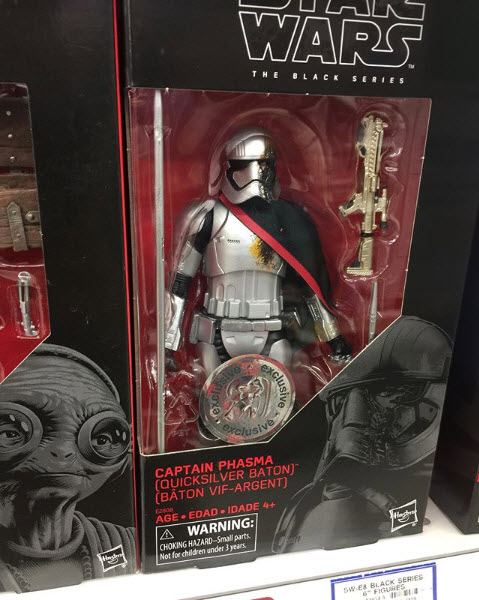 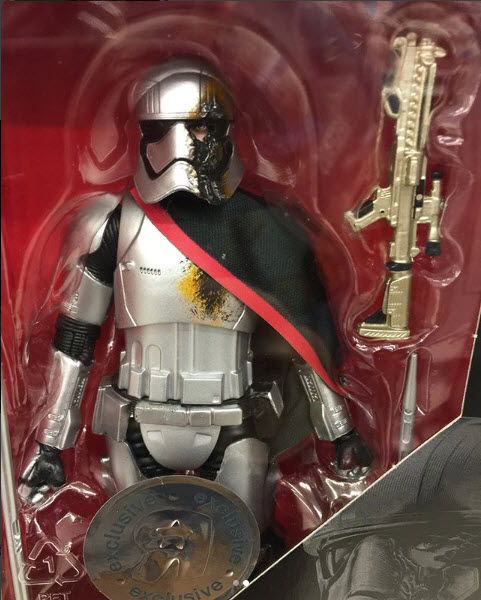 No one saw the release of the Toys "R" Us Captain Phasma (Quicksilver Baton) action figure coming, but what a great surprise it is! This 6-inch figure from The Black Series based on the sadistic First Order officer's appearance the moment Finn said the greatest line in a Star Wars film is a repaint of the 2015 release, but with a new head sculpt, fabric cape, and both active and inert versions of her Quicksilver Baton!
SEND