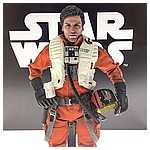 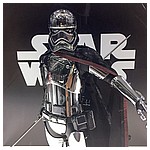 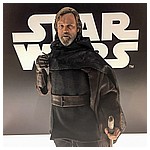 Hot Toys Displays The Last Jedi Poe Dameron & Captain Phasma At 2017 Tokyo Comic Con
Posted by D. Martin on December 1, 2017 at 02:36 PM CST
amiami hobby news, by way of their Twitter page, has tweeted many images showing off the Star Wars Movie Masterpiece Series 1/6 scale collectible figures on display in the Hot Toys booth at the 2017 Tokyo Comic Con. Included in the display is the yet to be announced Captain Phasma from The Last Jedi, the Poe Dameron teased a few weeks back, the previously displayed, but not yet officially announced Luke Skywalker (Jedi Exile), and what may be the first unobstructed look at the Emperor Palpatine head sculpt. Click the thumbnails above to have a closer look at all of ahn's images.
SEND