Hotel LEGOLAND Star Wars Key Cards on eBay Today
Posted by Jeremy on June 29, 2017 at 07:45 PM CST
Nowadays its hard to believe that LEGO, which is now the biggest toy company on the planet, had its own Dark Age but between 1992 and 1999 their profits were in decline, and in 1998 LEGO posted their first ever annual loss, at £23 million. In order to turn their fortunes around LEGO decided to look outside of their own design house and made the decision to incorporate licensed themes to their line-up - and in 1998 Star Wars was the first to be announced, and a year later the first sets were released.

The rest, they say, is history.

Yet at the time the certain success of the LEGO Star Wars theme was far from guaranteed and rather than (potentially) throw good money after bad by pursuing an expensive advertising campaign LEGO undertook a more in-house marketing approach and leveraged internal outlets such as the various magazines, catalogues and events the company was involved in. One such venue - Hotel LEGOLAND which is adjacent to LEGOLAND Billund park - was practically on the head office's doorstep and in 1999 was utilised by introducing a set electronic room cards that displayed LEGO Star Wars minifigures on them. Available through to mid 2000 the cards were randomly issued one per room and were supposed to be handed back at the end of the stay, making a full set extraordinarily difficult to accumulate. 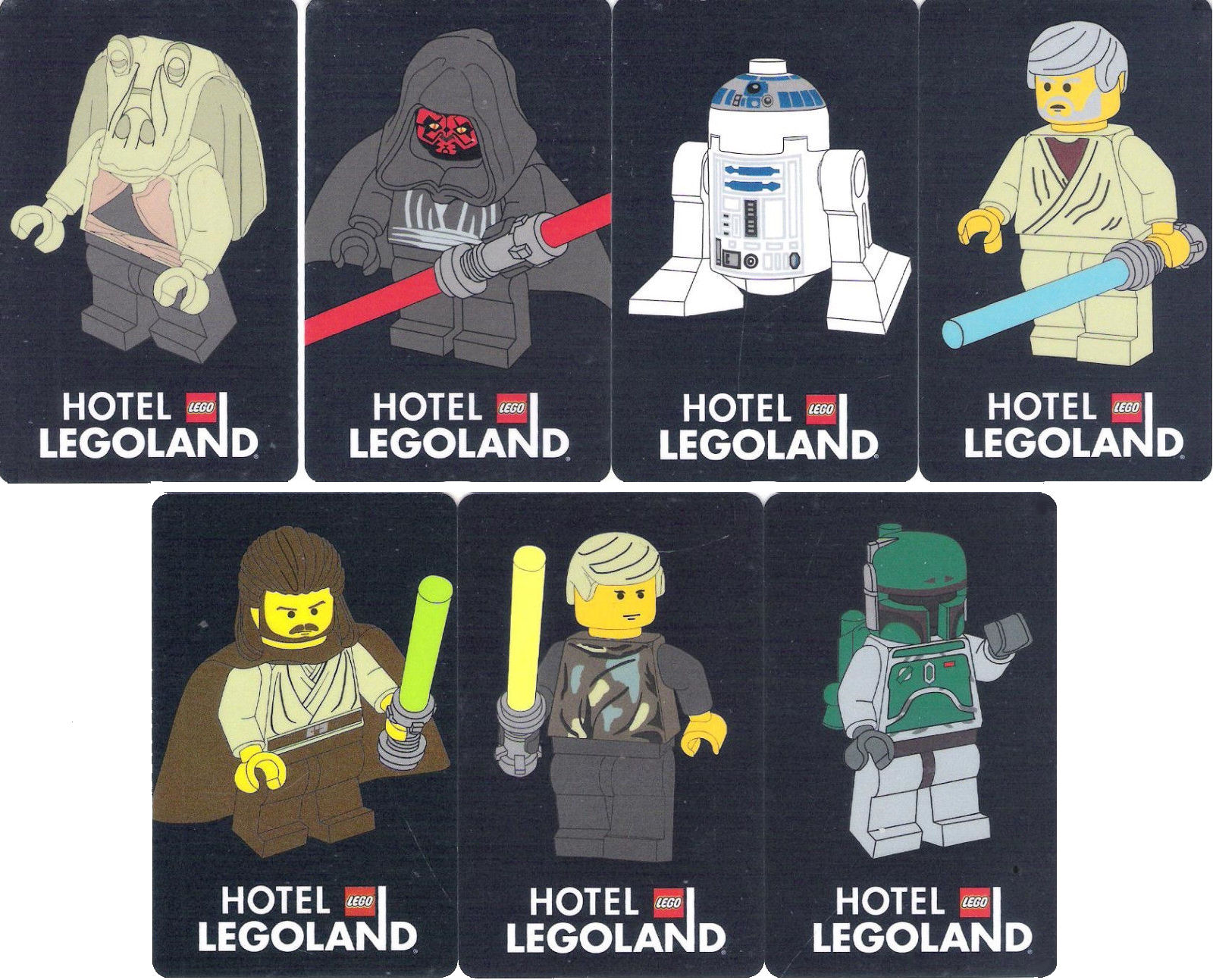 When their existence became known to the wider LEGO Star Wars collecting community a set of five slipped under the radar for a mere US$40, and to this day the full range of characters hasn't been fully confirmed, but has been established to include Darth Vader and Han Solo. At the time this was a shockingly low price, and since then the value of LEGO Star Wars merchandise has risen meteorically. While the set currently up for auction has a starting price that is a more than an order of magnitude bigger than the last known sale, a lucky bidder could snap this very rare set of Hotel LEGOLAND Star Wars key cards up and brick bank it for a later generation of collectors to enjoy.
SEND