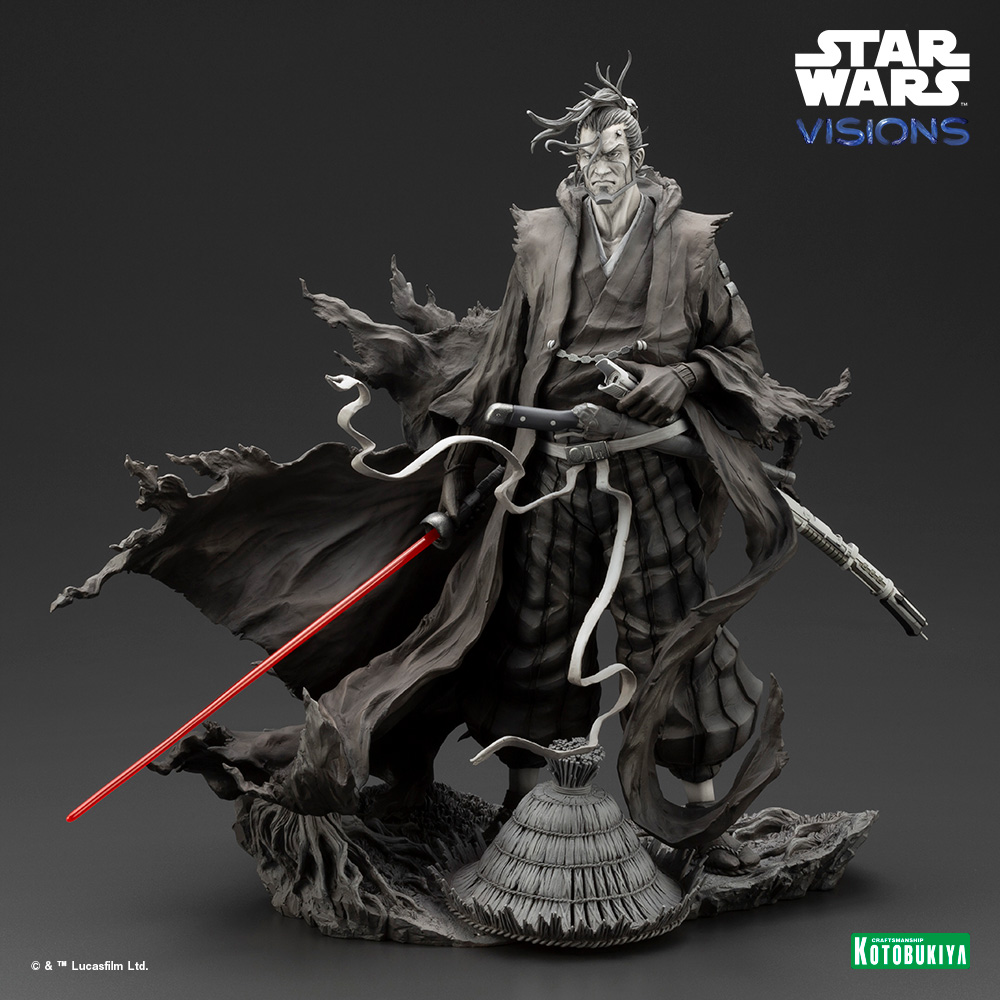 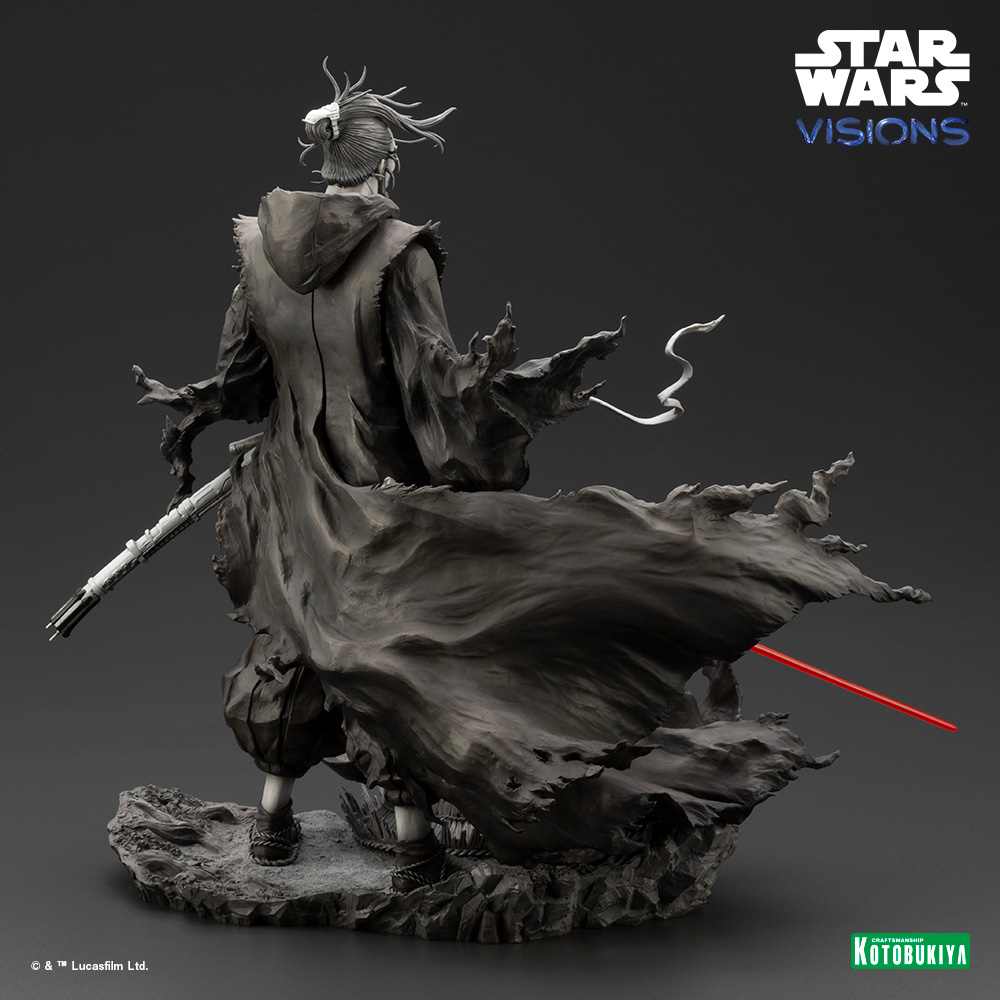 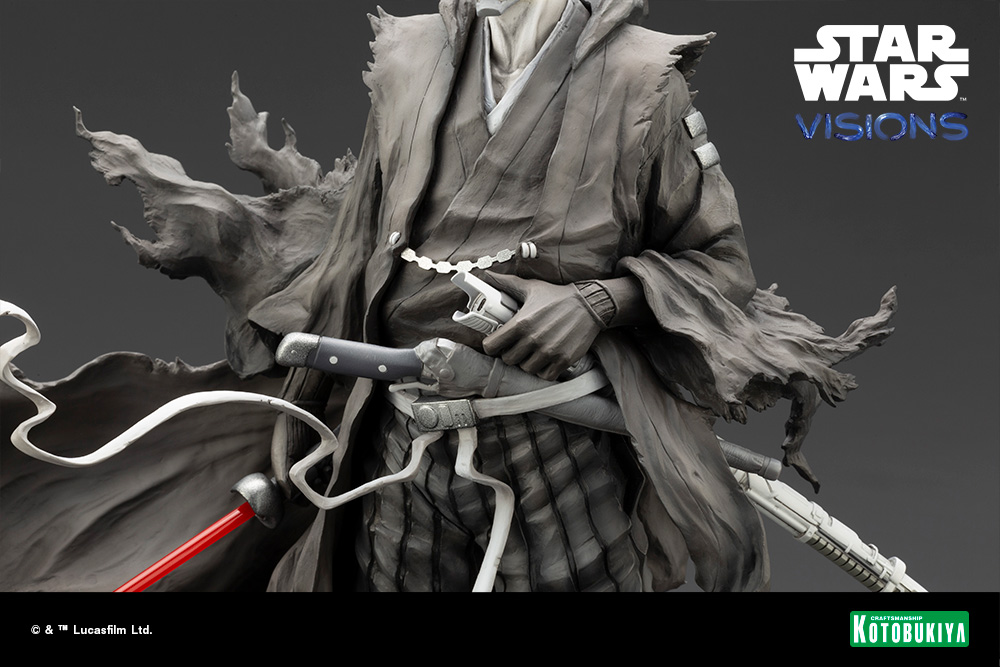 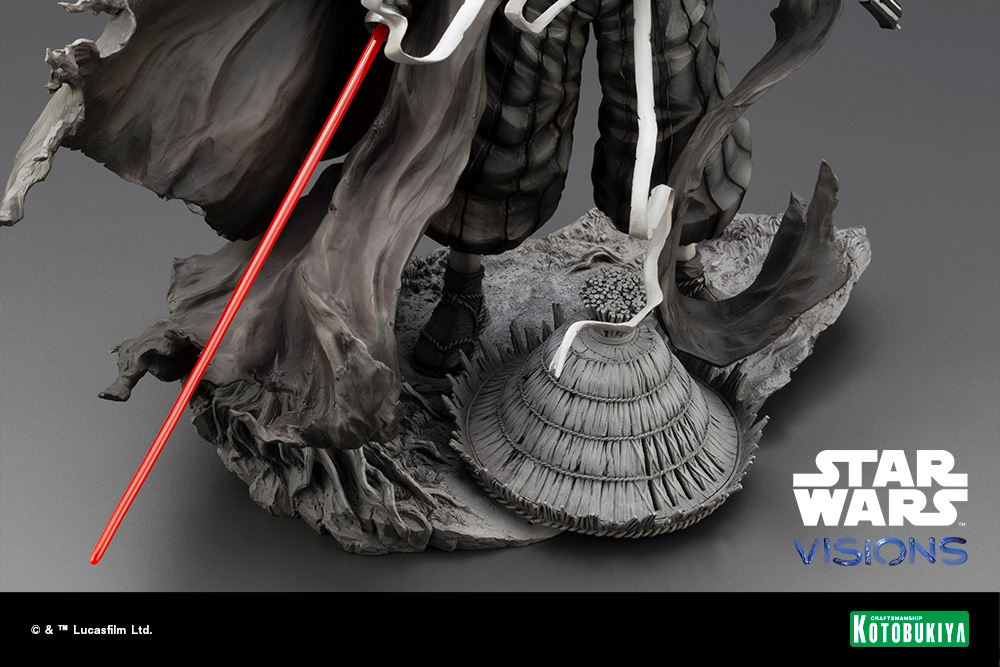 STAR WARS: VISIONS, an anthology of animated short films celebrates Star Wars through the lens of the world's best anime creators and storytellers. Seven Japanese anime studios bring their unique talent and perspective to this cutting edge series now streaming only on Disney+.

THE DUEL, an animated short by studio Kamikaze Douga, captivates audiences with groundbreaking visuals and intense action. Character designs for THE DUEL were overseen by illustrator Takeshi Okazaki, who also worked on the concept for the Artist Series TUSKEN RAIDER ARTFX.

The mysterious RONIN, a former Sith warrior, wanders through the Outer Rim territories with his trusty astromech droid B5-B6. Upon a chance encounter with a group of bandits and their leader attacking a defenseless village on the planet Genbara,the Ronin is thrust back into battle and becomes an unlikely savior for those in need.

What do you think about the latest Kotobukiya offering? Let us know in the forums!
SEND