LEGO: 75184 Advent Calendar 2017
Posted by Jeremy on January 20, 2017 at 04:46 PM CST
This picture - which seems to have been sourced from a Dutch trade catalogue - was delivered to my inbox by an anonymous source today. 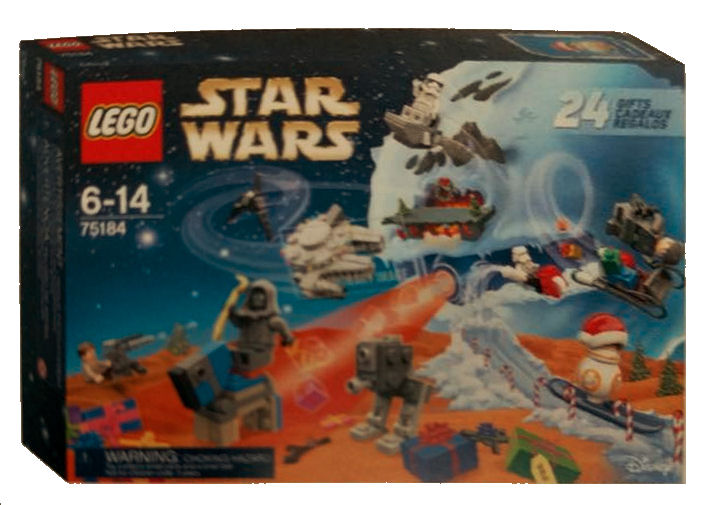 Though grainy the image reveals a heavy bias towards The Force Awakens with miniatures of the luggabeast, Millennium Falcon, First Order troop transport, a sleigh full of gifts, some kind of snowmobile, a laser cannon, Krennic's shuttle and an AT-DP. Minifigures include Unkar's Thug, First Order Stormtrooper, Snowtrooper and Officer, a Resistance Officer and the crowning glory - Holiday BB-8 on a snowboard! By my count that is fourteen out of twenty four Advent windows accounted for.
SEND