LEGO Increases Flow On May 4th Info
Posted by Jeremy on April 21, 2020 at 10:13 PM CST
Every year when the annual Star Wars Day retailapalooza event rolls round LEGO finds itself to be a triple threat: licensee, retailer and stupendously popular - and 2020 is no different.

This year's high-end set is 75275 A-wing Starfighter, which sees its debut as an Ultimate Collector Series set. 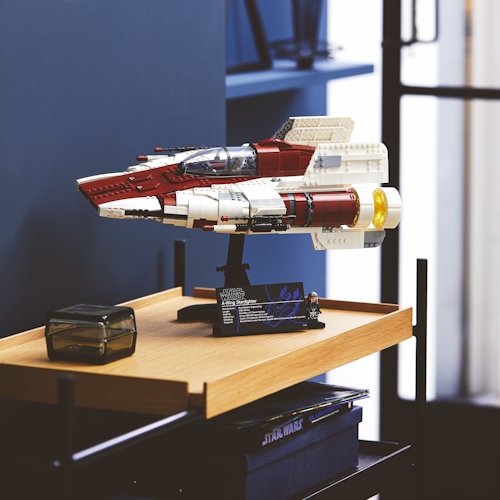 This highly detailed 1,673-piece set model is being marketed to the 18+ audience due to its challenging nature also includes pivoting laser cannons, a brand new canopy element, a display stand, information plaque and an A-wing Pilot minifigure. Priced at $199.99 it can only be bought through the LEGO online shop while their bricks and mortat locations remain closed during the COVID-19 situation. 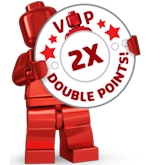 Shoppers will definitely want to time their LEGO purchases for May 1st/2nd/3rd and - of course - 4th because LEGO will be doubling the VIP reward points offered on all Star Wars purchases.

If you aren't already a member then you should sign up today because it's completely free and could save you some money in the long-run. In the normal course of events each $10 earns a point, which can be used for shopping in LEGO Brand Retail Stores and at LEGO.com and to unlock members-only discounts and experiences. Members of the VIP Rewards programme also get early access to new sets, enjoy members-only gifts and get advance notice of upcoming releases and offers.

In the short term, however, those who already have a stock of VIP reward points and nowehere to spend them will be pleased to learn that LEGO are adding two exclusive offers to the VIP rewards programme. 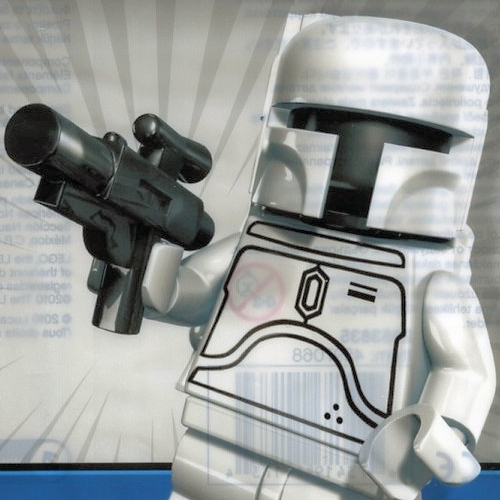 Following on from the Maz Kanata minifig sweepstakes, which ended yesterday, LEGO is providing a chance for one collector to add a rare Boba Fett minifigure to their collection.

The entry conditions for the sweepstakes, which runs from May 1st to the 17th, only include VIPs from Canada (excluding Quebec), Estonia, France, Greece, Hungary, Ireland, Latvia, Lithuania, Luxemburg, Netherland, Austria, Switzerland, Slovakia, Sweden, United Kingdom and USA.

Graded 95% by UK Graders, this limited-edition collectible minifigure marked the 30th Anniversary of Star Wars: The Empire Strikes Back and was originally distrubuted in 2010 as a promotional exclusive at International Toy Fair in New York, via Smyths Toys in the UK, at LEGOLAND California's annual Star Wars Days and Celebration V and Toy World in Australia. Also included with this minifgiure is a rare uncut and numbered sticker sheet. 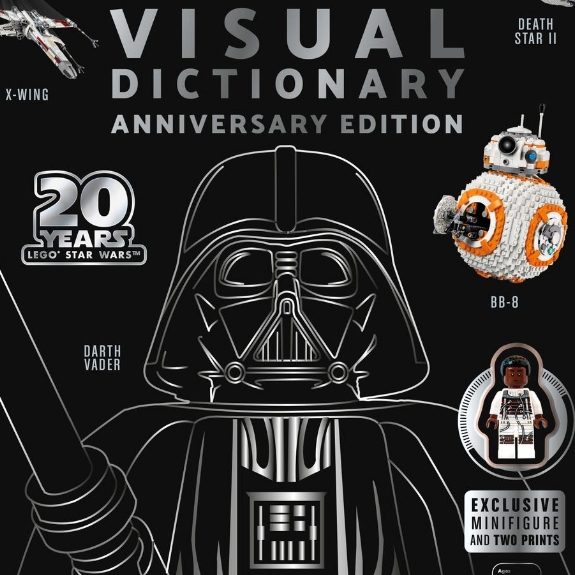 Exclusive to LEGO is the 20th Anniversary edition of the most recent LEGO Star Wars Visual Dictionary, and copies by lead LEGO Star Wars designer and beard model Jens Kronvold Frederiksen will be made available through the VIP Rewards centre.

At this time there are no details on how many VIP points this will cost nor how many copies there will be, though it can be shared that the book will only be made available to customers registered in the Europe-Middle East-Africa (EMEA) region.

Following the epic fail of the Mini Droid Commander polybag that was recently made available through the VIP Rewards portal, LEGO says it is "working as hard as possible to ensure we have a wider variety of rewards that are available within all global regions" and point the finger at the current COVID-19 climate which, they say, has made it difficult to ensure they are able to provide global distribution of popular exclusives. (This excuse doesn't explain why the Mini Droid Commander polybag wasn't made available in the Autralia-Pacific region the first time round though.)

New to the LEGO Star Wars landscape are three buildable model helmets - 75274 TIE Fighter Pilot, 75276 Stormtrooper and 75277 Boba Fett - aimed at adult fans who want to display their LEGO. While the Stormtrooper and Boba Fett helmets can be bought at Walmart.com and Amazon.com, the TIE Fighter Pilot helmet in a LEGO exclusive. Each of the sets in this new subtheme retail for $59.99. 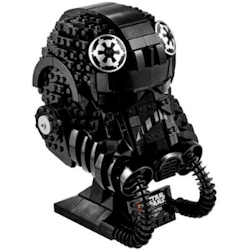 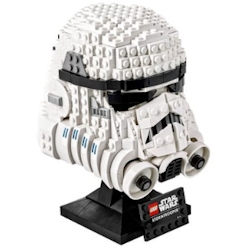 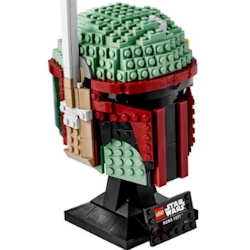 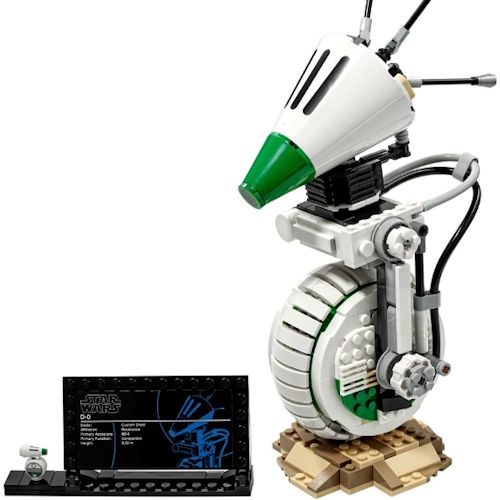 Joining the three buildable model helmets is 75278 D-O, a scale replica of the monowheeled droid that The Rise of Skywalker introduced us to. With a price point of $69.99, this 519 piece set will appeal to youngsters with more advanced building skills.

The piece of resistance in the May The 4th be With You promotions is this year's gift with purchase (GWP): 40407 Death Star II Battle. This 235-piece vignette depicts the surface of the second Death Star II as an A-wing Starfighter tries to evade a TIE Interceptor and dodges turbolaser fire. 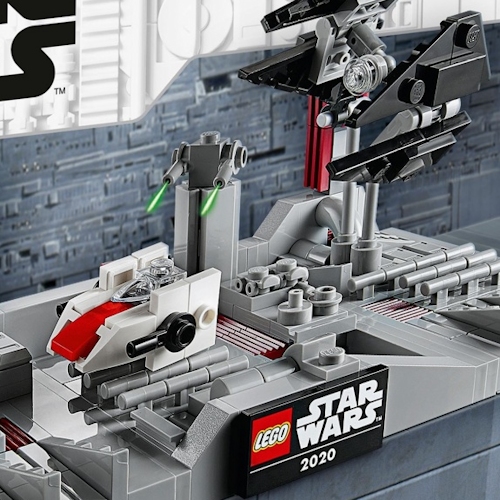 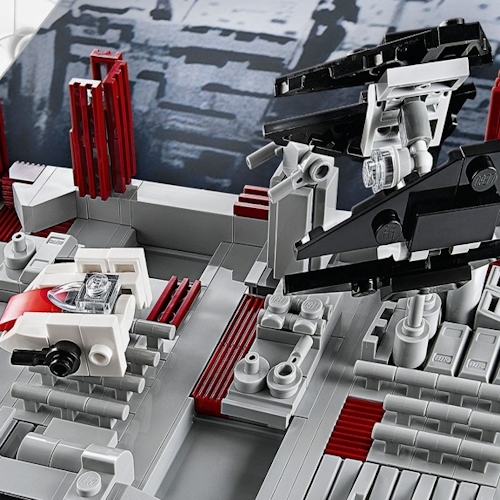 This set will automatically be added to baskets that cross the US$75/75/£75 threshold of LEGO Star Wars product purchases between May 1st and 4th. With the release of the UCS A-wing Starfighter, the three buildable model helmets and D-0 - plus a sale on selected LEGO Star Wars sets it's going to be remarkably easy to get this gift with purchase.
SEND