LEGO Releases Sketch Card Series
Posted by Jeremy on May 22, 2020 at 07:03 PM CST
A new and surprising LEGO theme has been revealed at Brickset - Brick Sketches launches with two Batman and two Star Wars characters 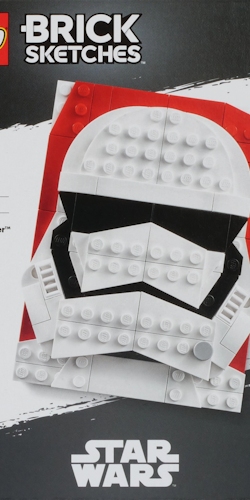 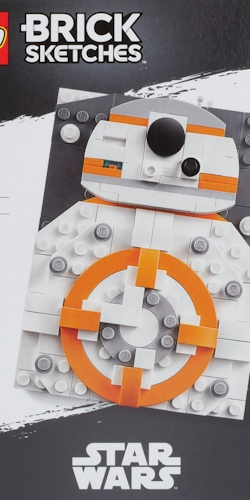 Images couresty of Brickset.com
Described as "quick, easy and satisfying builds" by Brickset in their advance reveal, these multi-layered, low relief portaits are the handiwork of LEGO designer Chris McVeigh who came up with the concept after seeing trading card artists sharing sketch cards.

Originating in the early 90s the first sketch cards were passed around between artists, agents and publishers as a form of business card/resume, and by the end of the decade they were being included as professionally printed chase cards in trading card sets. The early 2000s saw an explosion in their popularity and they were soon produced as trading card series in their own right, allowing artists to experiment with style and material without having to go jump over licensing hurdles.

Before he started work at LEGO, this illustrator and LEGO enthusiast designed a huge range of these interesting character portraits that became so popular that he started taking commissions.

In the introduction included with the Brick Sketch instructions, McVeigh shares that it was difficult to set his signature concept aside when he started working for LEGO in 2018. Happily now these plate-based pieces of artwork will be available, priced US$19.99/19.99, exclusively though LEGO.com on July 15th.

Could this be a soft-launch of the yet-to-be-officially-confirmed 18+ mosaic series, which is expected to include a Star Wars, that are expected later this year? Why not share your thoughts in our LEGO discussion forum!
SEND