LEGO: Sith Trooper Bust  SDCC Retail Exclusive
Posted by Jeremy on July 10, 2019 at 04:39 PM CST
Get a first-look at this must-have collectible building set featuring the bust of the new Sith Trooper from the highly anticipated film Star Wars: The Rise of Skywalker, which will be exclusively sold, priced $45, to select attendees at San Diego Comic-Con. 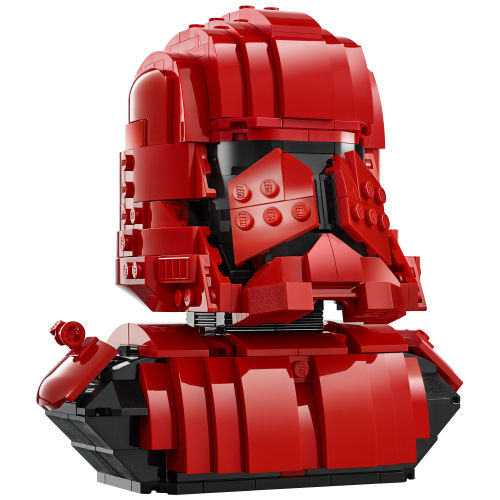 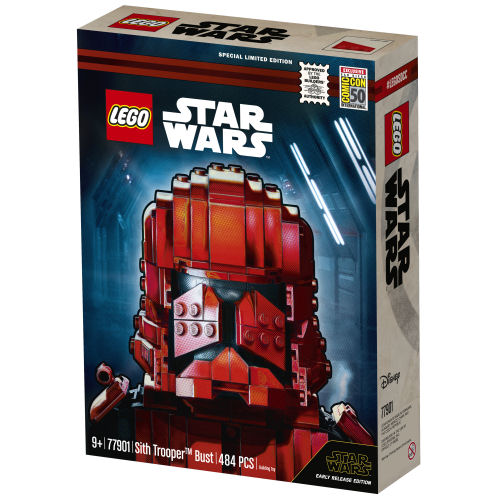 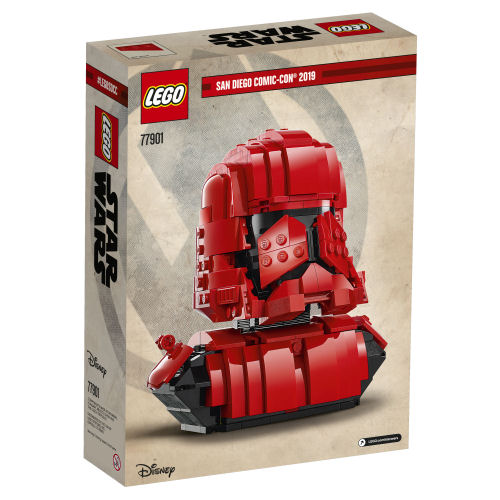 To get this 484 piece exclusive bust attendees must have registered through the exclusives portal at the official site - no other substitue will be accepted.

Collectors should not be alarmed though - the observant will notice that the bottom right corner has an "early release edition" flash on it. This indicates that the set will be released at general retail (likely without the special SDCC graphics on the packaging) as part of the commitment LEGO made to restricting the number of exclusive sets they produce.

And if this (almost) limited edition bust isn't enough to make you see red, then you'll definitely want to take in the brick-built lifesize Sith Trooper statue that LEGO will have at their booth. 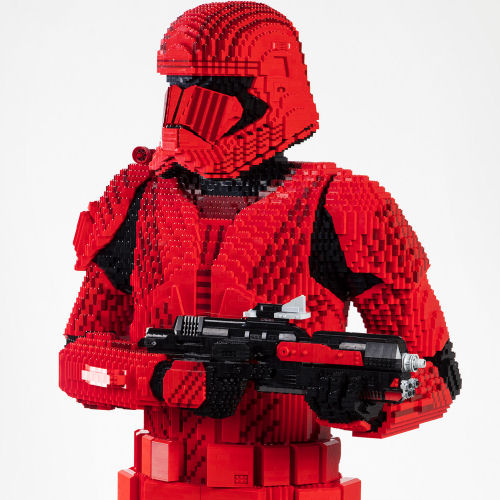 At 6 foot two and just under 170 lbs, this one-of-a-kind build is made up of 34,307 bricks and took 259 hours to design and build. And you can enjoy watching it take form - in less than a minute in the video below!