LEGO: The Mandalorian Sets Under Scrutiny
Posted by Jeremy on December 19, 2019 at 03:13 AM CST
Back before John Favreau gave us his re-imagining of the Ultimate Fighting Champion and made all things Mando'ade cool again, we had Dave Filoni's retconning of the Mandalorian history and culture as initially told by Karen Traviss - through the medium of the Clone Wars animated TV series (which also rewrote the Genndy Tartakovsky's original short-form cartoon series) - to enjoy.

As well as continuing the break-neck action of the galactic civil war, this long-running TV series that's due to return to screens in early 2020 also gave us the very first Mandalorian Battle Pack (7914) from LEGO.

Back in 2011, the Mandalorians were no longer the noble source code for the Grand Army of the Republic's unmentionable identity, but a rag-tag bunch of mercs who sided with the Separatists in a desperate attempt to preserve their way of life:

Fight off the clone troopers with the Mandalorian Army!

A new force has entered Clone Wars on the side of the Separatists - the Mandalorians! Build up your Mandalorian Army and take the battle to the Clone Army with Mandalorian assassin and 3 Mandalorian trooper minifigures, each with their own unique weapon.

Being a battle pack this set is largely composed of four minifigures - all with identical Mandalorian armour prints - and a few simple builds. The confusingly-nominated Mandalorian assassin comes armed with dual blasters, while the rest of the squad is equipped with a bipod-mounted heavy blaster, a small turret and a speeder bike that looks more like a Ghost hover bike from the Halo video game series than the Balutar-class swoop it is inspired by. 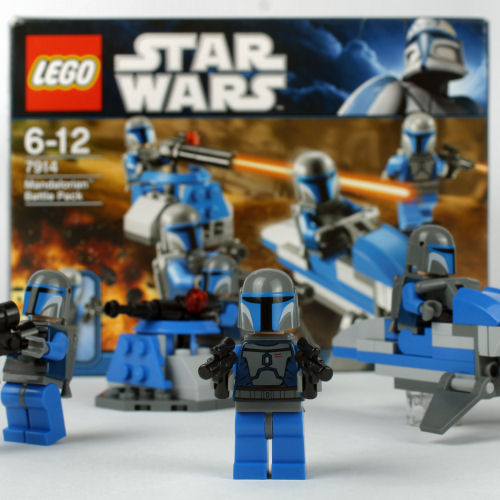 With the set's retirement in 2013 its value soared from initial MSRP of $12.99 to more than $40 on secondary market sites like Bricklink and eBay. The upcoming release of the new Mandalorian Battle Pack should see this classic set come down in price.

The transition from the storyline set up by the Clone Wars and Rebels to the point at which one of the fiercest warrior races in the Star Wars galaxy has undergone the diaspora that we witness in The Mandalorian series is sure to unfold through the careful management of the Lucasfilm Story Group. But until then...

Jumping forward some thirty years we arrive at a period in the history of the Star Wars galaxy that is reminiscent of post-Roman Britain, where the authority of the ruling authority - both extinct and extant - is a fading memory, order has become a corruption of itself and strength in numbers is the way. Yet somehow and against all odds - despite the loss of their planet and the scattering of their people - the last remnants of Mandalorian people are holding true to their warrior heritage in the new 75267 Mandalorian Battle Pack, due out on January 1st, 2020.

On first inspection the set isn't much different that its 2011 predecessor: a fortified sangar (instead of an offensive position), a speeder bike and four Mandalorian minifigures.

The small, so-called "fort" is more of a pile of rubble and is pretty evocative of the ruined urban environments, fighting door to door, these Mandalorians can easily be pictured in. With grey and reddish-brown colours and lots of sloped bricks, this revetment screams "cover" over the harrowing sound of blaster fire and exploding thermal detonators. The speeder is more than reminiscent of the Balutar-class swoop that came with 7194 Mandalorian Battle Pack, and with its more military colourway and mixed use of sloped and angled bricks it looks more aerodynamic and aggressive than before. 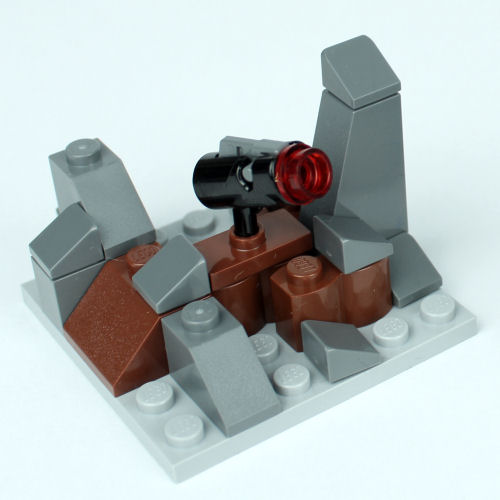 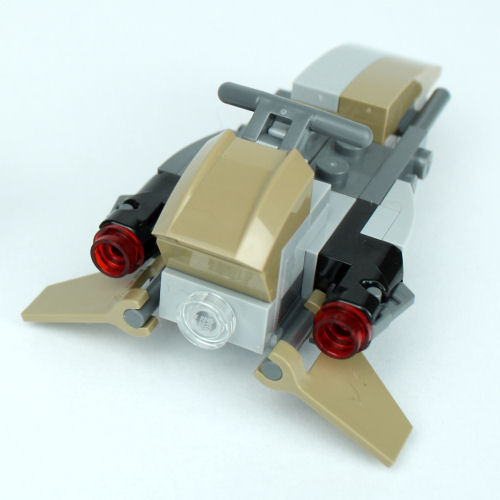 Missing from 75267 Mandalorian Battle Pack is the heavy cannon, but this is more than made up for by what is the real pull of this set - four unique Mandalorian minifigures, each with a cape, new prints and unique colourings and - differing from their clonetrooper-faced 2011 counterparts - unpainted black minifigure heads which hide the identity of these super-commandoes. 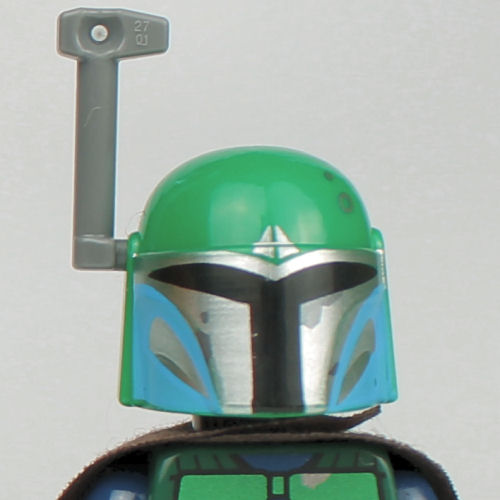 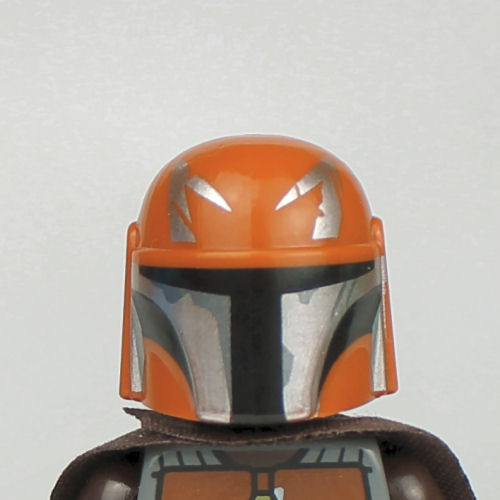 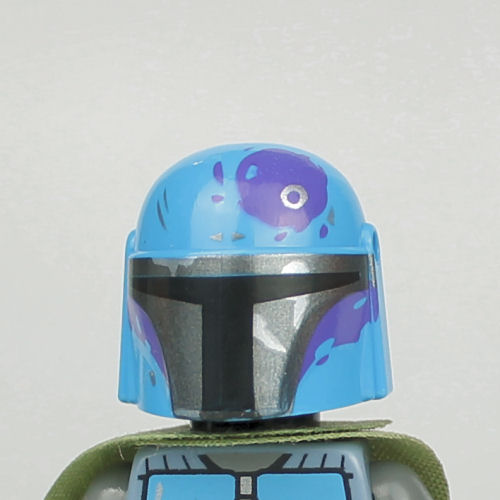 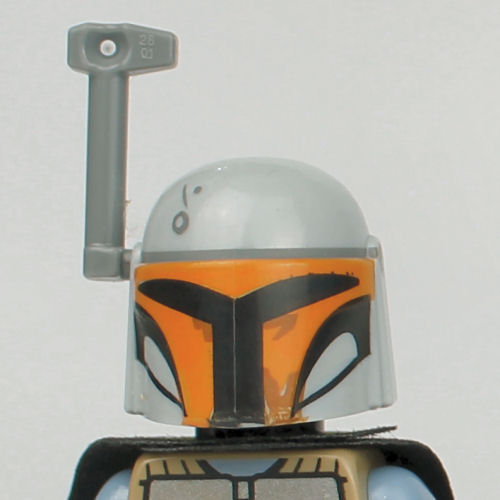 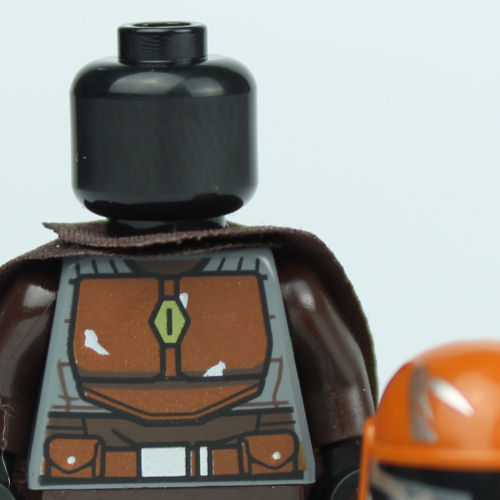 In the post-Return of the Jedi age that The Mandalorian is set in, it was only a matter of time before brigands took to utilising abandoned Imperial materiel - and 75254 AT-ST Raider is a great example:

Excite any LEGO builder or fan with this 75254 Star Wars AT-ST Raider vehicle. This brick-built Star Wars construction toy features the same cannibalized look of the walker from the hit Star Wars TV series, The Mandalorian, including jointed posable legs, a turning turret that opens up to reveal a detailed interior with space to sit a minifigure, plus 2 firing shooters. The set also includes Star Wars characters The Mandalorian, Cara Dune and 2 Klatooinian Raider minifigures to really get the action going.

Commandered and given a splash of gang colours by a group Klatooinian thugs who are trying to carve out a petty kingdom on Sorgan, a remote planet that The Mandalorian is seeking refuge and anonymity, this derelict All Terrain-Scout Transport is probably the best that LEGO has produced to date.

With legs decorated like they are either burning up or rusting to the ground, this highly mobile anti-infantry vehcile was being put to use against a remote village of krill farmers when Cara Dune and The Mandalorian came to their assistance. Similar in size and design to 75153 AT-ST Walker, this new set is so close to minifigure scale it is astounding. 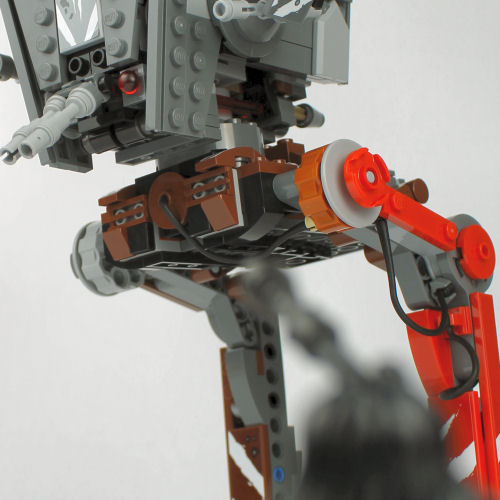 The four minifigures included in 75153 AT-ST Walker are accurate and appropriate, with no head scratching character inclusions. The two Raiders sport accessoriues that make them look like they are prop forwards on the Mount Gundabad ruigby team, the Cara Dune minifigure print makes her look like the Rebel commando she sued to be, crossed with a bicycle courier, while The Mandalorian has a a screen-accurate print, cape and weapon. It's just a shame that he wasn't wearing this armour in the episode that this set is derived from. There are no points for guessing that this was done to avoid spoiling the reveal of his be(skar)dazzled armour he replaces his battle-worn body plating with. 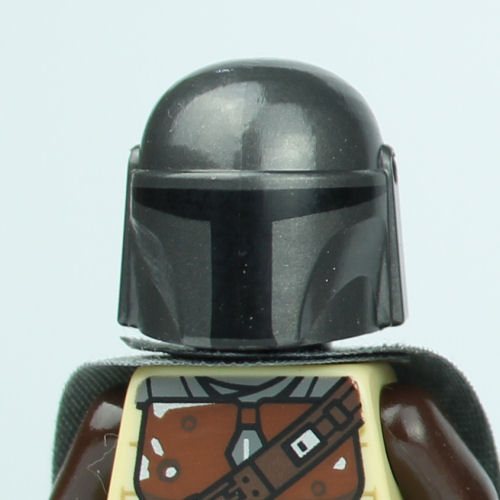 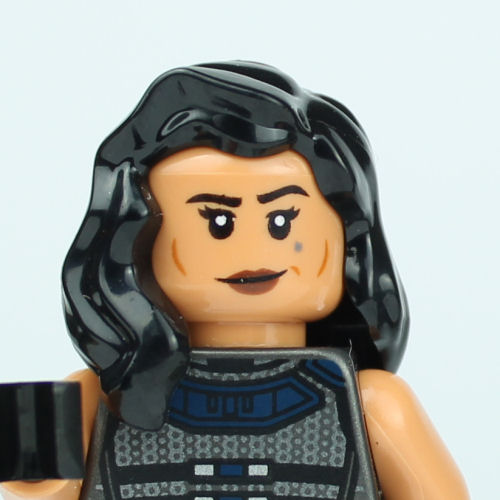 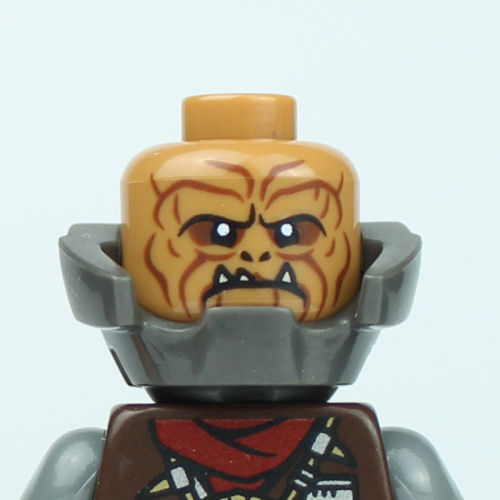 As fun as the minifigures are, the true value of this set is in the attention to detailing that is included - and mostly tucked out of sight - on the Scout Walker. Both side of the unit's head are plated up and cleverly use both tiled and studded surface to create a great layered effect, while underneath it is are a number of small elements that give the impression of pneumatic lines and an engine plant. Inside the cockpit is a riot of detail and colour, which is a far cry from the barren surroundings the drivers of 7657 AT-ST suffered before they were unceremoniously lofted into the air by an angry Chewbacca. 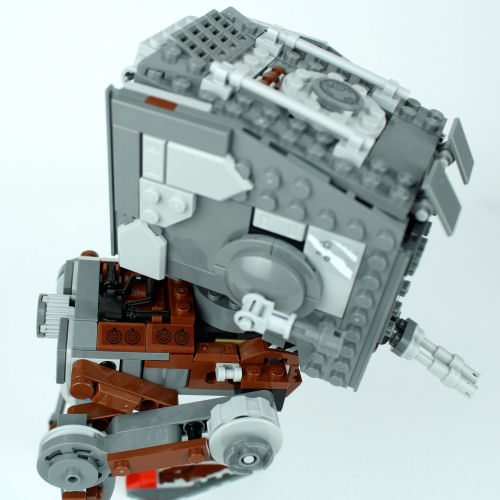 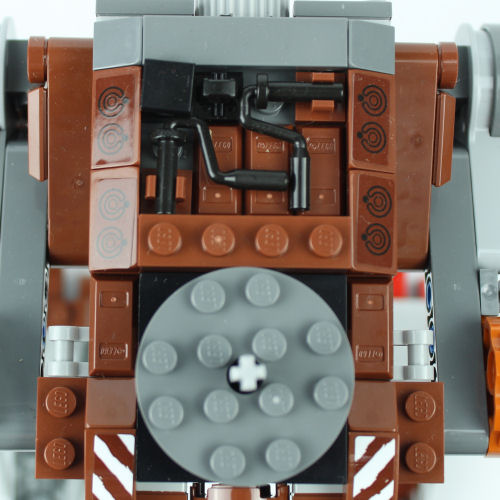 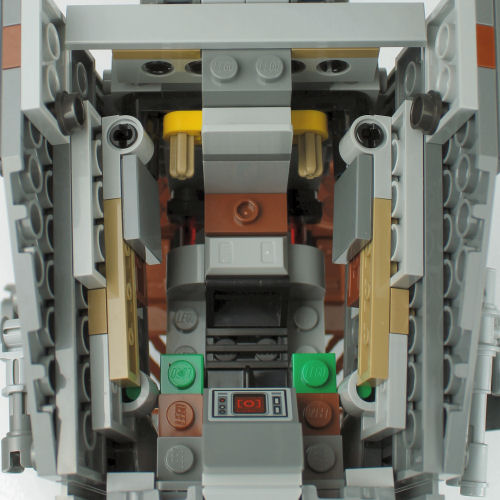 With the runaway success of The Mandalorian in the countries that it is already airing in there's no doubt that LEGO will be bringing more sets from the TV series to toy store shelves as Disney+ rolls out across Europe at the end of March, 2020. This times well with the Spring wave release, and will likely contain sets from seventh season of The Clone Wars (airing from late February, 2020) which is tipped to include the culmination of the Mandalorian story arc started in season three.

Some sets reviewed in this article were provided by LEGO. Thoughts and opinions were not.
SEND