LEGO: What's Next?
Posted by Jeremy on June 14, 2019 at 08:04 PM CST
When the catalogue for the second half of 2019 briefly - and accidentally - popped earlier in the week fansite scrambled to disect it. Unsurprisingly there weren't any reveals and the only unreleased LEGO Star Wars content were a few images of 75245 Star Wars Advent Calendar and 75253 BOOST Droid Commander and a teaser splash graphic. 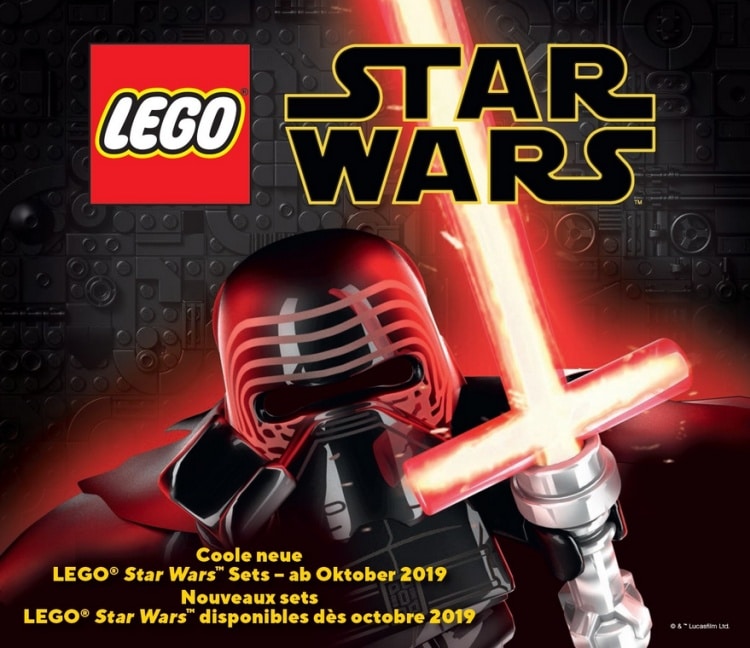 That said, there are some rumours circulating about what will be hitting shelves on Triple Force Friday (October 4th/5th/6th):

Not all of the rumoured sets above will be from The Rise of Skywalker though. While a number of the models listed could be seen in glimpses during the teaser trailer - including the treadspeeder/skiff (which is believed to be either sets 75246 or 75250), the Millennium Falcon, Kylo Ren's newest starfighter and an A-Wing, plus the Y-Wing seen in the leaked teaser poster - there are clearly a few that are outwith the next, and final installment, of the Skywalker saga (which will be coming to a gaming console near you in 2020).

Early rumours suggested that the second season of Star Wars Resistance and the new live-action The Mandalorian series would also inspire a few 2HY19 sets, but none of the rumoured sets listed above leap out of the page. And one school of thought believes that the Obi-Wan's hermitage playset could be a tie-in for the Obi-Wan Kenobi TV series that is reportedly in the planning stages.

There's also word concerning a new BrickHeadz coming, and a Jabba/Salacious Crumb pairing has been put forward. Perhaps the most significant of all is that the next Ultimate Collector's Series set - which is expected to be released in October - is being anecdotally reported as having a $699.99 price point. Intel points to either a regular Star Destroyer or one of the Super variety.

With a few gaps in the number sequence to be filled in it's likely we'll see one or two retailer exclusives as well.

At this point, this is all speculation and we're sure to see some changes and consolidation of info so don't go hanging your bucket on any of this news yet.
SEND