Since it opened in 2011 it has drawn millions of LEGO and Star Wars fans and was the central feature to the park's LEGO Star Wars Days - until they too ended earlier this year. 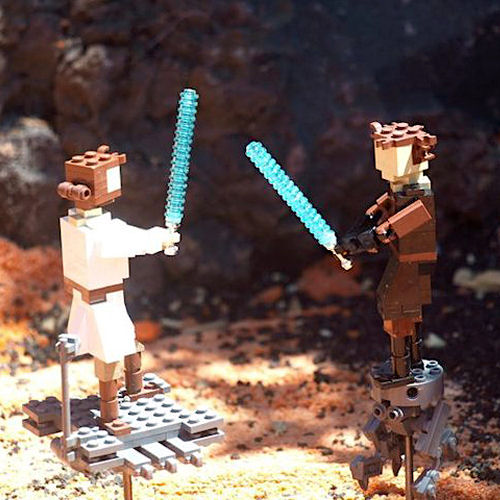 Park manager Peter Ronchetti urges fans to come down before it's too late.

"Since opening in 2011 with additions made year after year, the Lego Star Wars Miniland model display has been popular for children and their parents. We are thrilled we were able to bring this generational experience to our guests and hope those who have yet to see it, or want to revisit with their friends, will come experience Lego Star Wars Miniland before it leaves us in January and before we prepare to build new memorable experiences for guests."

For the next fifty-three days the park will continue to present selected scenes from Naboo, Geonosis, Kashyyk, Mustafar, Tatooine, Hoth, Endor, and Jakku - and Geonosis for those with longer memories - before it is removed.

This is sad news for Star Wars fans who were hoping to take a side trip to LEGOLAND California after attending Celebration Star Wars Anaheim next summer.

There is no information if the other LEGO Star Wars Minilands in the Windsor Resort just outside London, LEGOLAND Malaysia or the Orlando park will also follow suit, nor any information where the models - or the 1.5 million LEGO bricks that went into them - will go afterwards. With luck fans will be given the opportunity to keep a physical souvenir of Star Wars Miniland before it is retired.

We wish we could say "Goodnight, but not goodbye" but it isn't looking likely at this point.
SEND