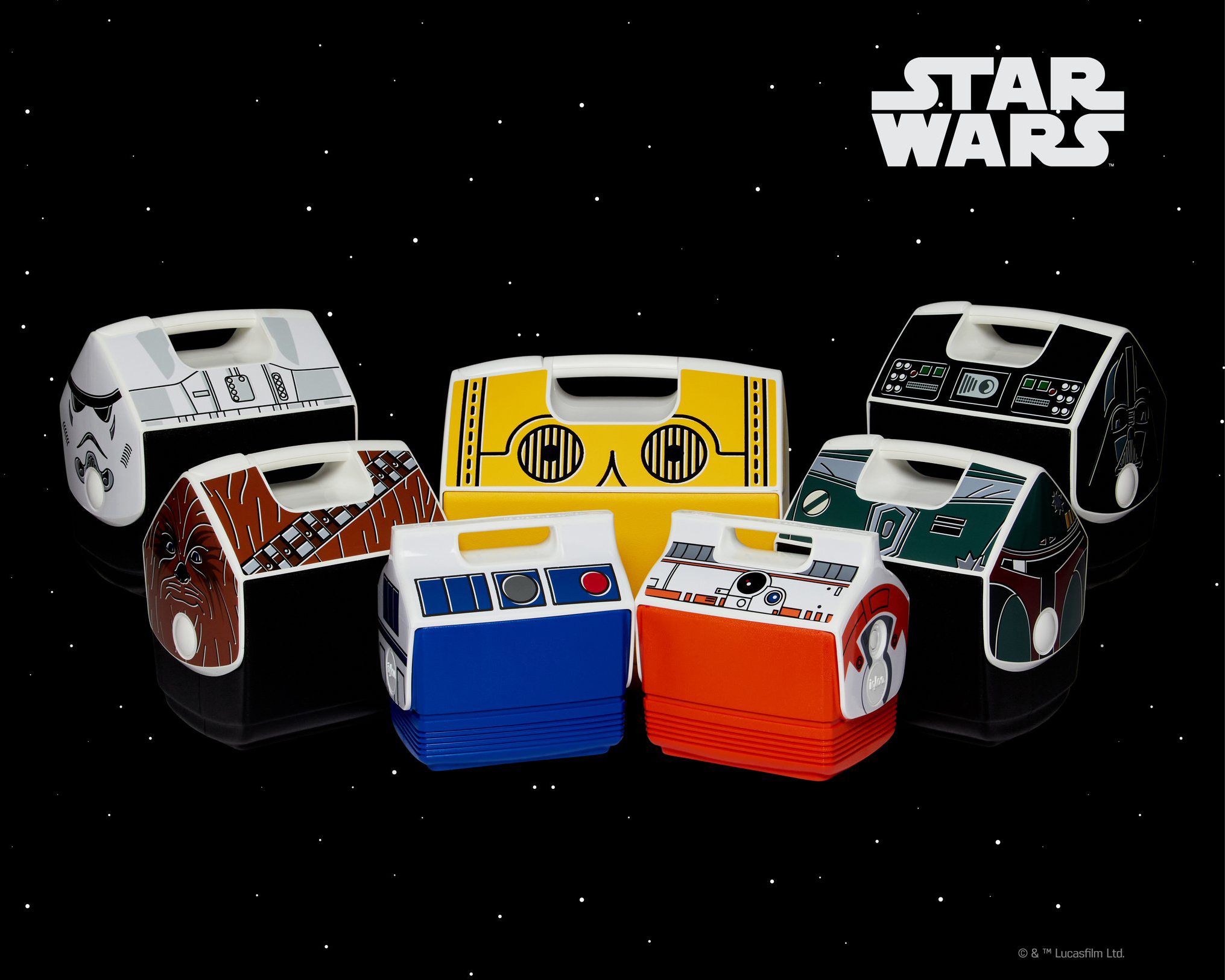 Working with Lucasfilm to bring world-famous Star Wars characters to life on Americas favorite lunchbox was out of this world! said Brian Garofalow, Chief Marketing Officer at Igloo. Together, we extended our Playmate collection of Star Wars characters to include the Wookiee, droid and villains fans love loyally. With one of these new Playmates by your side, the cool will be with you, always.

Igloo artfully designed each new Star Wars-inspired Playmate with detailed custom graphics on all four sides of the coolers tent top, perfectly capturing the featured character. The Chewbacca Playmate Pal serves as a faithful first mate, while the BB-8 Playmate Mini showcases the adorable astromech droid and fellow ally. On the dark side, the Boba Fett Playmate Pal is inspired by the most notorious bounty hunter in the galaxy, and the Stormtrooper Playmate Pal depicts a fearsome member of the Imperial Army.

Born from a modest metalworking shop back in 1947, Igloo has been instrumental in redefining how we live, work and play. What began with bringing clean water to the worksite quickly moved into super-functional, best-in-class ice chests. Igloo products made the family outdoor recreation movement of the 20th century possible. Suddenly, taking your kids camping on the weekend became easy and cross-country road trips became a summer vacation staple.

As we approach our next century, Igloo is 1,200 employees strong. We are proud to calla 1.8-million-square-foot, three-building facility inKaty, Texas home. With more than 500 products sold at thousands of retailers around the globe, we can confidently call ourselves the number one cooler manufacturer in the world.

And through it all we havent lost sight of our original goalto create products that enable the pursuit of happiness (however you define it). Thats why were still working hard every day to innovate, create and make it easier for you to get out, work hard and play even harder.

What do you think is affecting the vintage market right now? Did the bubble finally pop?
Cards from the Vault
What is your latest Kenner acquisition?
Your Vintage Collection
Star Wars The Vintage Collection Archive Edition Book
Darkknights Customs
Fanhome Star Wars Busts