Own A Record Breaker!
Posted by Jeremy on January 28, 2020 at 08:27 PM CST
The current holder of the largest commercially available LEGO set - 75192 Millennium Falcon - made jaws hit the floor when it was released in September 2017, and this 7541 piece build quickly became the favourite of speed builders all around the globe. 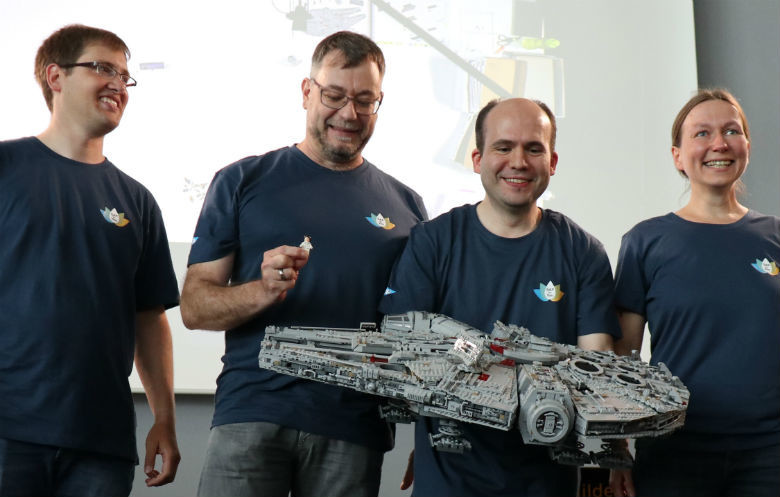 And now you can own this completed 75192 Millennium Falcon and the original certificate awardedto the builders by Guiness World Records, because German charity auction house United Charity is currently auctioning these to raise funds for NCL Foundation, a non-profit organisation researching a cure for dementia in children.

If you think you can beat the current record Guinness World Records invites you to apply now and maybe you'll get to join the ranks of other Star Wars world record holders, like Steve Sansweet whose museum at at Rancho Obi-Wan hosts the largest collection of Star Wars memorabilia in the known universe!
SEND