Say Goodbye To Star Wars Miniland
Posted by Jeremy on November 14, 2019 at 10:20 PM CST
According to zusammengebaut.com, who contacted the park's management team at LEGOLAND Billund yesterday for a statement, the removal of the Star Wars Miniland is not just constrained to LEGOLAND California, where the news was first announced from.

German-language site zusammengebaut.com also revealed that decommissioning of the feature has already begun at the Danish park, with LEGOLAND Germany under the same directive. 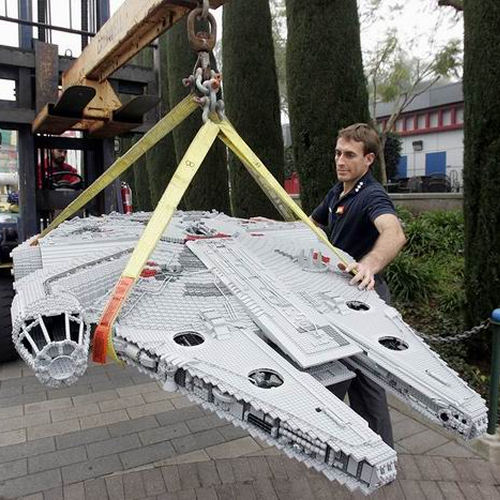 Both the Billund and Orlando parks have lifesize X-wing models on display, and the future of these are being questioned by fans too. Given that they were originally commissioned and built by LEGO - unlike the Star Wars Miniland attractions which were all done during Merlin Entertainment's stewardship of the parks - it is likely that they will stay in the hands of LEGO but go into storage while this debacle is dealt with.

From the snippets of information circulating it would appear that this action is related to the previous LEGOLAND park owner's licensing agreement with Disney, and not related to the future of the LEGO Star Wars license at all.