Scratching The LEGO Star Wars Itch
Posted by Jeremy on November 10, 2019 at 01:47 PM CST
With only six LEGO Star Wars: The Rise of Skywalker sets release during the Triple Force Friday product push at the start of October, fans and collectors are wondering if there will be more Episode 9 sets coming from the Danish toy company.

With the next big LEGO Star Wars release - aka the Winter Wave - coming in early January there's plenty of time to speculate about what else Jens and the gang have up their sleeves. While the lid on the information jar is being kept well and truely tight and there's no confirmed news on what to expect in the next LEGO drop, the rumour mill is still very busy. Their

So far the only sets we've seen have come from the two trailers, a smattering of promotional images and a new resource book from DK, so it would be smart to take another look these to see what other potential sets might be waiting in the wings.

There's no doubt that hero vehicles are popular, and as Hasbro have already put out a new Episode 9 X-wing in orange decor for Poe Dameron. This 3-3/4" scale version comes with the typical adustable wings, folding landing gear and cockpit hatch - but also includes some unexpected additions like a removable ladder and engine hatch, plus an astromech socket that fits both R2-D2 and BB-8. Could these features be included in the LEGO version? Certainly the latest rumour list circulating amongst LEGO quidnonc has the spacecraft down as set 75273 so it seems more than likely. 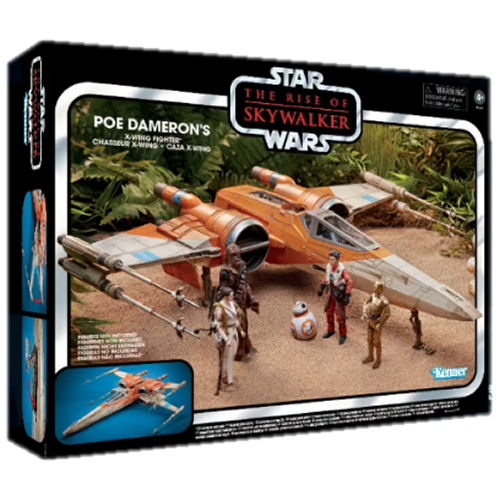 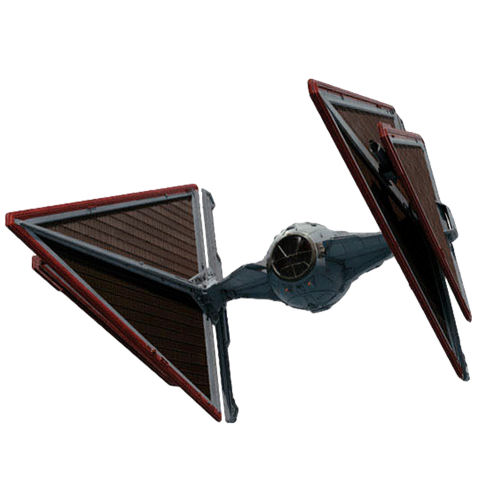 Another set being touted as "confirmed" is 75272 TIE Dagger. First noted on page 341 in the Ultimate Star Wars - New Edition: The Definitive Guide to the Star Wars Universe (released on October 4th) as a Sith TIE Fighter, it doesn't appear in either the teaser or final trailers. Described as a "new generation of TIE Fighter" its only known attributes are its triangular wings and affiliation to the Sith. The likely existance of a TIE Dagger in LEGO form pretty much negates a rehashed 75101 First Order Special Forces TIE Fighter.

Appearing in boths trailers and the Ultimate Star Wars - New Edition book is Kylo Ren's TIE Fighter. Known as a TIE Silencer in The Last Jedi, as Supreme Leader he now has an updated and modified version which has been rebranded as a TIE Whisper. Can we expect one of these? Of a fashion, yes. There is word that another set is being given over to one of Kylo Ren's personal fleet, but no-one knows what the set will be.

Though its similarity to the previous model is likely to be too close for LEGO to be able to pull off another - especially with 75179 Kylo Ren's TIE Fighter having only just been taken out of circulation - it is unlikely that a System/minifig-scale version of the TIE Whisper will be forthcoming any time soon.

It's even odds that the expected set is a new Microfighter. The most recent rumour list does have 75264 Oslo Tram Microfighter on it; "Oslo" is tipped to be code for Kyo Ren, so it's a dice throw whether this is the Supreme Leader's new TIE Fighter or shuttle.

While we wait to find out we can enjoy the one a LEGO fan on Reddit has digitally created. 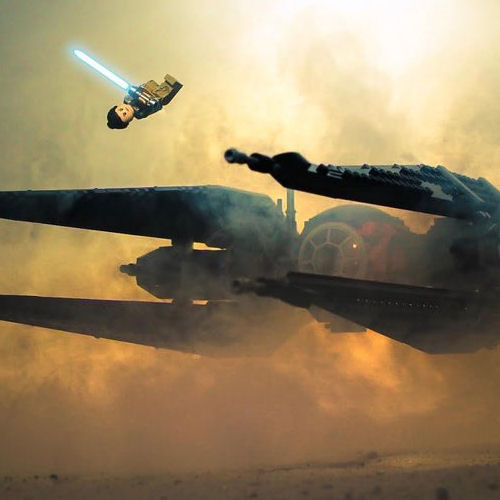 We should also expect another MicroFighter, say those in the know. Set number 75253, codenamed Ferry, is believed to be a Y-wing. Will this be a small-scale caricature of 75249 Resistance Y-Wing Starfighter with Zorii Bliss? LEGO have been known to make smaller and more affordable sets to increase accessability to their toys.

One battle pack (75266) is expected to be released at the dawn of the year with perfect vision; could this be a Knights of Ren multi-figure pack? Maybe it contains an orbak or two with Finn, BB-8 and the other Resistance fighters as they charge across the hull of a Star Destroyer.

While this is all conjecture, you should consider some of these predictions well informed speculation. Though - as we always say - it's not official until LEGO makes it official.


What else did we see in the material we've been carefully spoon fed since Star Wars Celebration in Chicago?

Like every Star Wars movie, duels seem to play a significant roll in The Rise of Skywalker, with three potential lightsabre jousts being shown. Perhaps the most exciting is the face off between Rey and Kylo on the wave-washed Death Star exterior, though the likelihood of a showdown in the derelict throne room of the (deceased?) Emperor Palpatine being more climatctic is high. Then there is the mysterious white location that we see Rey and Ren, obscured by a black statue in the process of being cleaved into thousands of pieces, with their lighsabres drawn. Could any of these be transformed in to playsets? 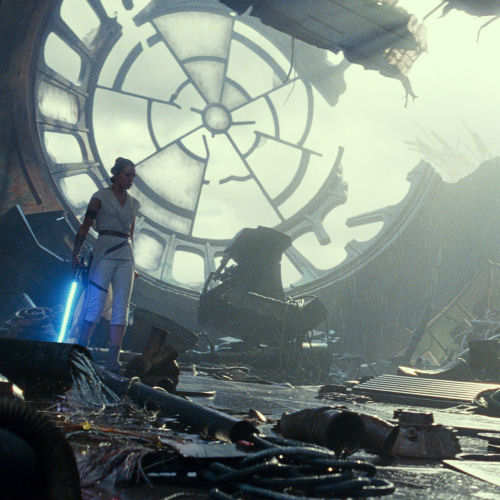 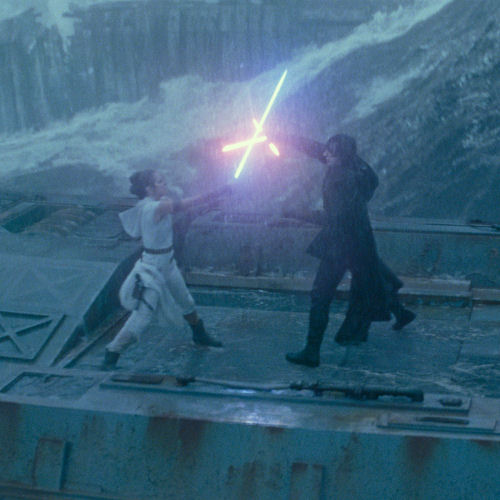 Undoubtedly the skimmer that Rey pilots through the crashing waves as she approaches the remnants of the Death Star would make for a good build. From first sight it has "LEGO set" written all over it. And could a new B-Wing Starfighter be in the mix? The last one (75050 B-wing) has been retired since mid-2015, so will LEGO use the presence of this ship and the popularity of Alphabet Squadron (Del Rey, 2019) to issue an updated version?

Speaking of updates, the brief glimpse of a Corellian Corvette breaking through the treetops on an unknown forested planet/moon is certainly evocative of the Tantive IV, which was given a facelift by LEGO in April. Could it actually be the consular ship that received a pirated copy of the Death Star plans?

The destruction of the Rebel Alliance's blockade runner was never documented in any canon movie footage, and while tt's always been said that the Tantive IV was destroyed by The Devastator, the ship's entry in the latest Ultimate Star Wars Guide draws to a close before stating that it was cut down by turbolaser fire over Tatooine. Could we see a 2020 release of this iconic opening scene ship? There's certainly enough energetic fan speculation about its continued existance to fuel an Imperial fleet. 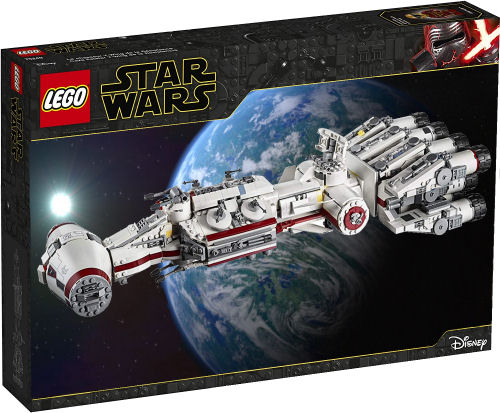 What of the brief glimpse of the Imperial-class Star Destroyer with the big belly gun we were treated to? A number of bigger sets are slated for release further into the year, so we could well see this set materialise.

And finally, if the rumours are true, we should also see a buildable model of D-O, the Pixar lamp, in April. This set is believed to be along the same lines as 75187 BB-8, 75230 Porg, WALL-E and the recently released 75255 Yoda, which is currently available at LEGO.com, Walmart, Amazon and Target. 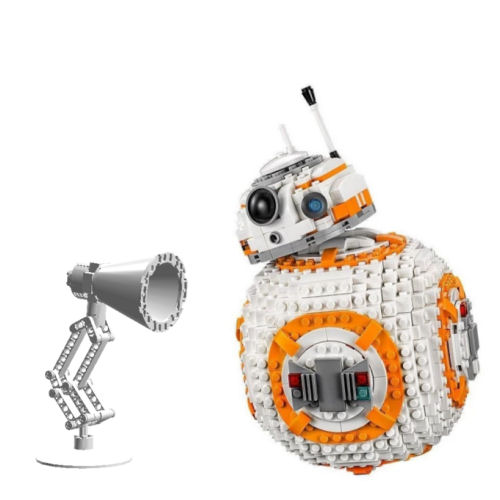