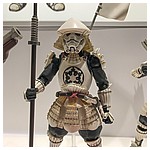 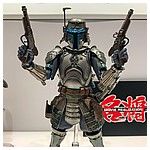 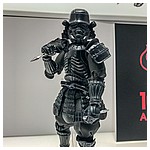 Tamashii Nations New York Comic Con Star Wars Display
Posted by D. Martin on October 11, 2017 at 01:17 AM CST
A new addition to the (awesome) Meisho Movie Realization was revealed in the Tamashii Nations booth at the New York Comic Con last weekend. Click the thumbnails above for your first look at the spear-toting Yari Ashigaru Trooper. Also on display were the upcoming Jango Fett, Darth Maul, and Shadow Trooper figures along with the final production version of the 1/6 scale Perfect Model Chogokin R2-D2 figure that so perfectly matches the Artoo body used in the Tantive IV Blockade Runner scene that introduced us to A Galaxy Far, Far Away that we are losing our minds!
SEND