The Best Star Wars Promo Ever
Posted by D. Martin on May 4, 2018 at 02:35 AM CST
Personally speaking, I've worked on films shot hidden behind 80's icons (Wham!), historical figures (Washington), the director's dog's name (Ollie), and oddly places Star Wars references dreamed up by directors with delusions of grandeur (Purple Harvest), but nothing has ever been as on the nose as the production name for the next feature film in the Star Wars saga. Lucasfilm opted for Red Cup, and anyone that appreciates puns knows it was on point. As such we are thrilled to see Solo working with Lucasfilm to brand their fraternity booze cups with our favorite scoundrel and Wookiee team. 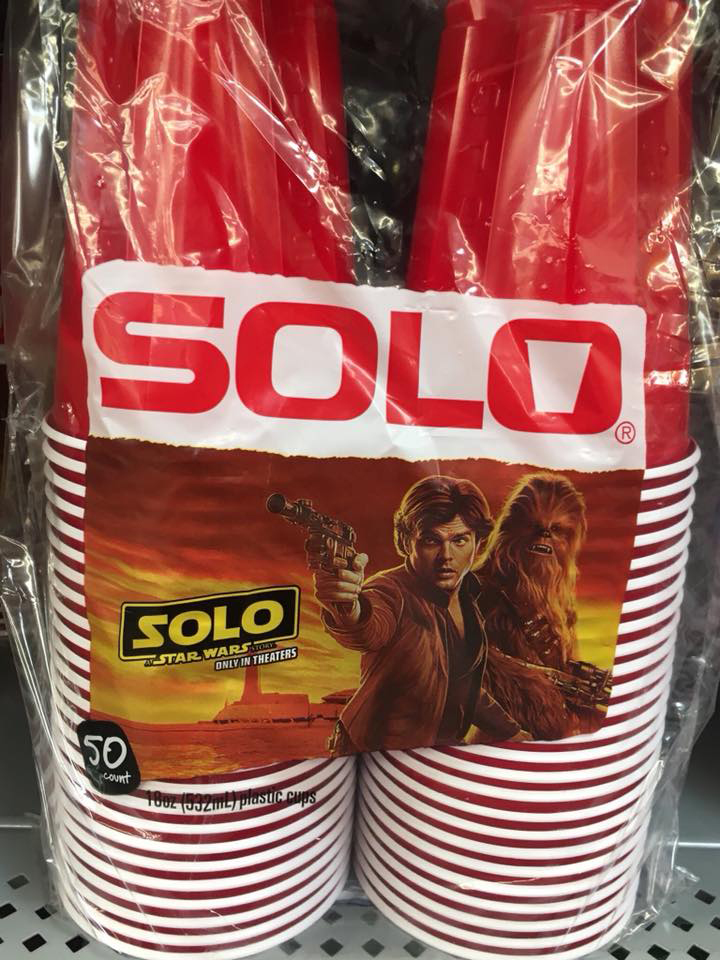 The image above found its way to us, but the original source is now lost. To the photographer that snapped this, we tip our hats.
SEND