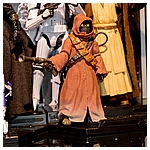 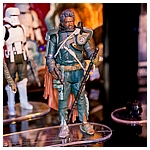 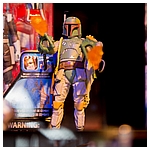 - The Black Series 6-inch Centerpiece line (dynamic pose statues on environmental light-up dioramas) is just getting warmed up:
- - Darth Vader prowling through the Tantive IV, with light up smoldering lightsaber "slice" marks on the door, and a blaster bolt exploding along the side of the door frame.

For more from this event, head on over to our sister site, Cool Toy Review.
SEND