We Have Prizes!
Posted by Jeremy on June 4, 2020 at 07:39 PM CST
Our first Star Wars collecting trivia quiz at Rebelscum - held on our Facebook page - is going gangbusters, with thousands of interactions and scores of answers submitted and memories shared. Because of the interest Rebelscum's readers have generated, we've been approached by a number of licensees and community luminaries to help support the quiz with a few prizes!

Initially the main prize for our Star Wars collecting trivia quiz was going to be bragging rights, but that changed when Official Pix offered to provide an officially licensed limited edition Star Wars Fan Days II exclusive 11 x 18 Star Wars: The Clone Wars print signed by the artist, Steve Anderson. Then we had word from Rancho Obi-Wan that they would donate an annual adult membership, and that was followed by Hallmark who have made their new Imperial AT-AT Walker metal Keepsake ornament available. 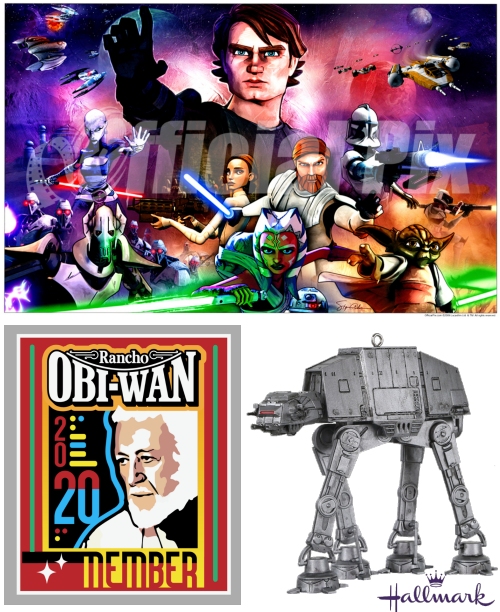 To recap the questions, we've posted two on vintage Kenner action figures, one on a collecting guidebook and the latest is about Topps trading cards:

So far the three correct answers provided have been by three different readers, so there is no clear leader and the prizes are anyone's at this point.

We've got more irons in the fire so keep an eye out for future announcements - and remember that you have to be in to win it: head over to our Facebook page and get in on the action now while the competition is wide open!
SEND