Yoda Moves To POP! Town
Posted by Jeremy on January 26, 2020 at 05:33 PM CST
Forty years ago we learned that the destruction of the Empire's superweapon did not end the war, bounty hunters were the next rock stars and SPOILER ALERT: that Luke was the son of Darth Vader.

Having already announced a line of POP! vinyl figures from The Empire Strikes Back, it can be revealed that Funko is adding to the Episode 5 anniversary line-up.

Your Pop! Town is about to expand into a galaxy far, far away! This Star Wars Yoda's Hut Pop! Town includes a Yoda Pop! Vinyl figure and his hut from Dagobah in Star Wars: Episode V - The Empire Strikes Back. Comes packaged in a window display box.

And popping up on social media is the first image of the packaged item, thanks to Poppin' Off Toys who shared it on Instagram. 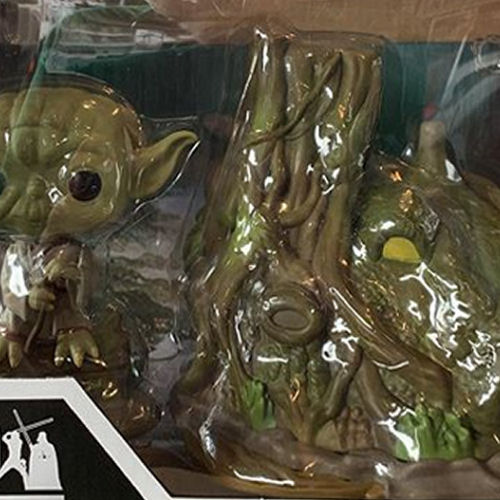 With an MSRP of $29.99 and an expected arrival date somewhen next month, you can beat the rush by pre-ordering it from Entertainment Earth and help to support Rebelscum at the same time.
SEND