Expanding The Rise Of Skywalker Universe
Posted by Jeremy on February 5, 2020 at 02:49 PM CST
You'd be excused if you thought that after the October 2019 and January 2020 waves the full range of The Rise of Skywalker sets had been released. Given that LEGO has a twenty year history with Star Wars there are a number of previous sets that dovetail in with the final instalment of the Skywalker Saga you're far from the truth.

Situated in the irontree forest of Corvax Fen on Mustafar where Kylo Ren recovers the Sith Wayfinder is the remains of Darth Vader's castle. During the thirty years that followed the demise of the Dark Lord of the Sith, it has fallen into ruins, leaving little but a pile of bricks and a stone ark. 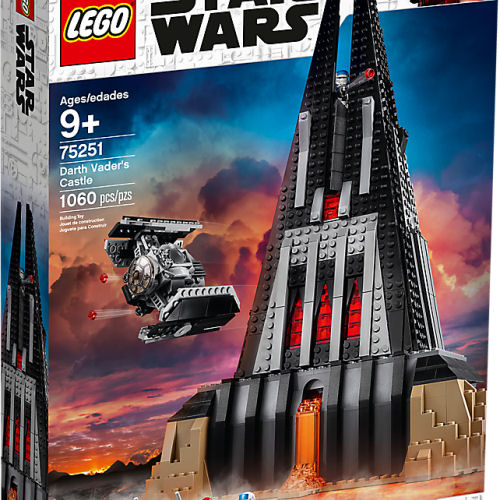 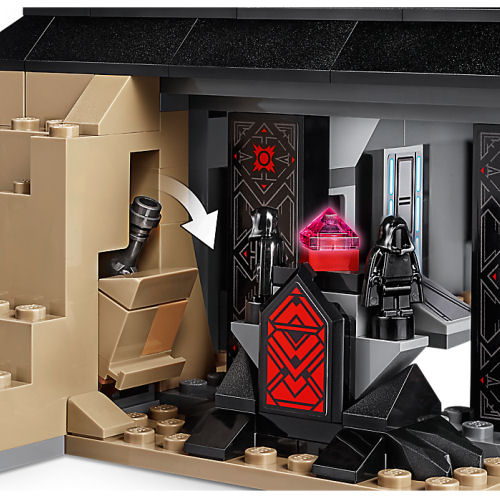 In an example of foreshadowing 75251 Darth Vader's Castle, which was released over a year before The Rise of Skywalker hit theatres, had a small pyramidal holocron included in a secret Sith chamber.

Could this be the Sith Wayfinder that contained directions to Exegol? This set, which has an MSRP of $129.99 and is due to retire soon, is currently available at LEGO.com and Amazon.com now. 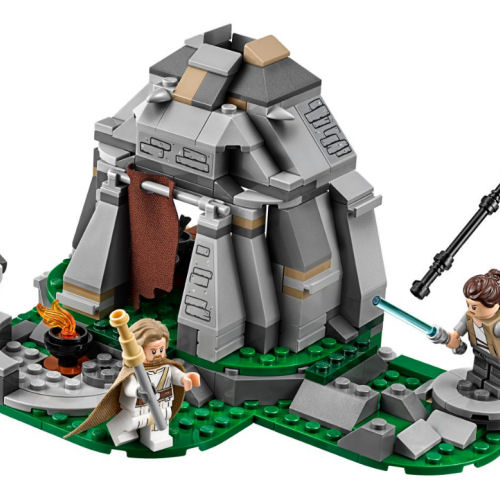 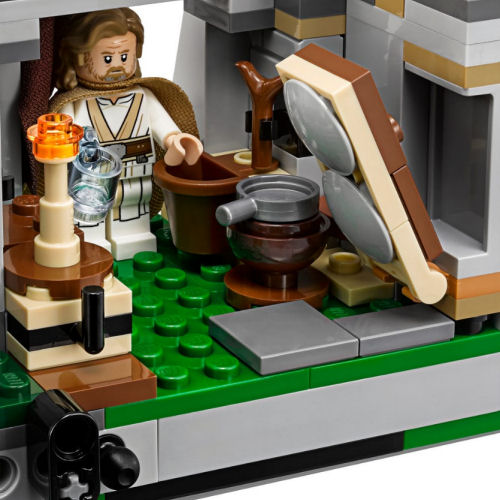 With the 2017 release of 75200 Ahch-To Island Training, which is still in circulation, has nearly all the elements to recreate the safe haven that Rey is seeking. While this set is currently available at Walmart.com, some branches of Target stores and regions of LEGO.com, it is getting close to the top of the "to be retired" list.

This outcrop of rock that is girt by sea still holds what is left of many important artefacts, including the X-Wing that Luke arrived in (somehow finding this lost birthplace of the Jedi Order without an astromech) on his Force walkabout. Here the abandoned starfighter that had seen him through so much provides a means for Rey to return to the greater galaxy. Much like the swamp weed-bedraggled X-wing Fighter (4502) that Yoda freed from the swamp on Dagobah, Luke's own Force lifting efforts produced a T-65 that was coated in soggy weed.

Also making use of old tech that hasn't seen action since Return of the Jediis Ben Solo who, returned from the Dark Side, finds a serviceable TIE Fighter in the hulking ruins of the second Death Star. While this starfighter is a favourite of LEGO fans there hasn't been one available since 75211 Imperial TIE Fighter, from the Solo: A Star Wars Movie wave, was on shelves.

Undergoing a refit under the jungle canopy of Ajan Kloss is the retconned Tantive IV, last seen in the hanger of the Devestator, the Imperial Star Destroyer that captured Princess Leia after she fled the Battle of Scariff. Presumed to have been destroyed by a rogue asteroid (or just plain old turbolaser fire if you don't subscribed to the Expanded Universe), it turns out this consular ship from Alderaan actually survived the encounter and has since been recovered and donated to the Resistance. 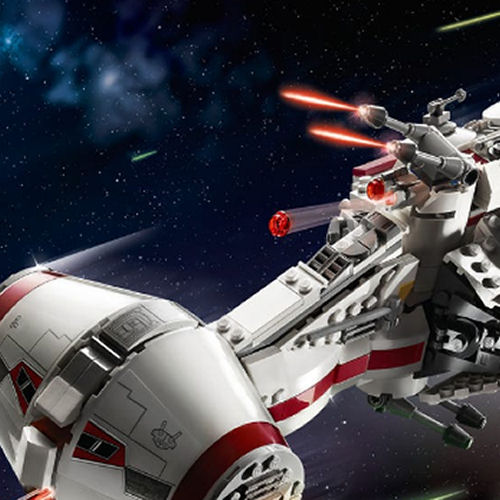 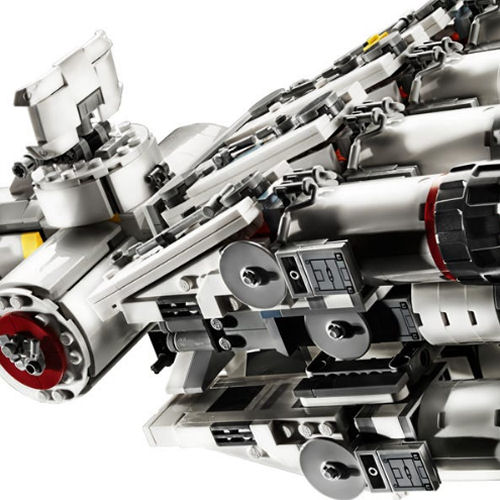 Whatever your thoughts are on this ship's phoenix-like reappearance in The Rise of Skywalker, LEGO has provided this flying embassy in May 2019 to coincide with the 20th anniversary of the LEGO Star Wars theme. Though it has only been out less than a year it is starting to get scarce, so pick it up at LEGO.com, Walmart.com and Amazon.com, and expand your Resistance fleet before it's too late.

Bulking up the armada that turned up to support the Resistance's last ditch effort against the Final Order's fleet of Xyston-class Star Destroyers are U-wing Fighters (75155), Resistance Bombers (75188) plus, of course, The Ghost (75053) from the Rebels line of construction sets.

Almost at the end of the movie - when Rey visits Tatooine to pay homage to her two Jedi Masters - is a fleeting shot of a Sandcrawler, parked up while its residents enjoyed a campfire to celebrate the combined end of the First and Final Order. 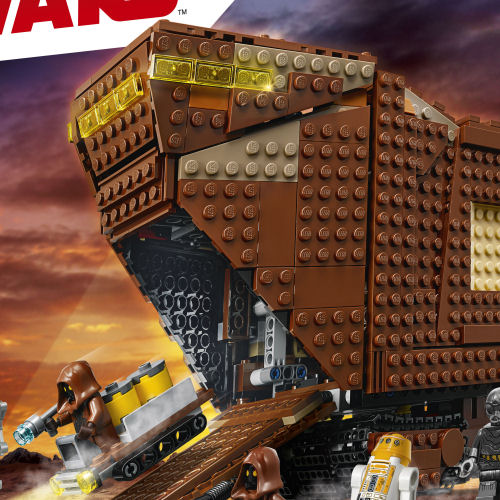 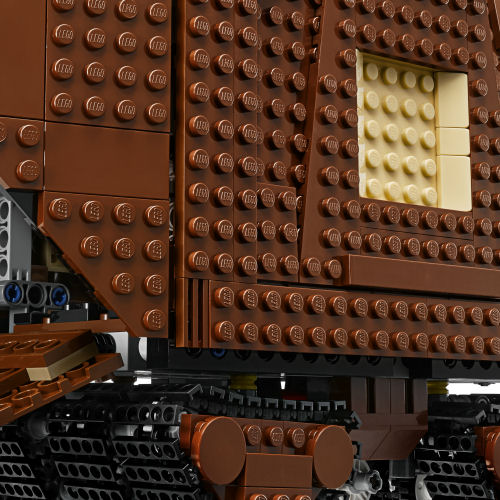 Currently available, but nearing the end of its life cycle, 75220 Sandcrawler can be still purchased from LEGO.com, Amazon.com, Walmart.com and branches of Target where available.

Do you have any suggestions for an expanded LEGO The Rise of Skywalker line? Head to our LEGO Star Wars 2020 News and Discussion thread and share your thoughts, or check out our LEGO Star Wars set library to find out more about the models listed above.

Orders made through the links provided may generate an affiliate income for Rebelscum, which is used to continue bringing you the Star Wars news you need.
SEND