LEGO: 20th Anniversary Hits
Posted by Jeremy on March 30, 2019 at 03:42 PM CST
Interest in the 20th Anniversary LEGO Star Wars subtheme has been high since the big New York Toy Fair reveal in February, and since then LEGO has only teased us with hi-resolution reveals.

With a street date of April 1st (no kidding) fans and collectors were prepared to wait out the weekend and hit stores hard on Monday, but shoppers in Rancho Cucamonga are sure to be on Cloud 9 when they visit their local Walmart, which has this display set up and is selling the sets early. 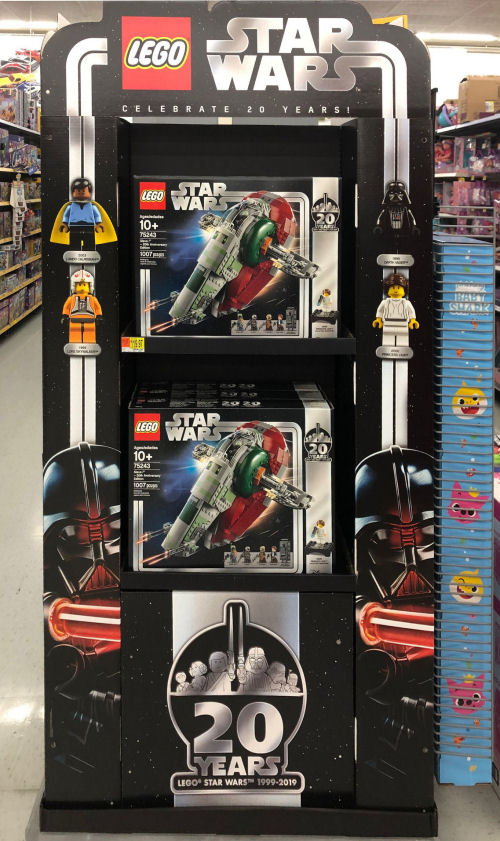 Rebelscum has these sets in hand and will be providing reviews of them as soon as the Celebraiton 2019 furore has died down. Between now and then you can order your LEGO Star Wars 20th anniversary sets, as well as the rest of the April offerings, through the LEGO shopping website and help support Rebelscum's continued efforts to provide you the most uptodate Star Wars collecting news in the western spriral arm.

Thanks go to Bryan L for his field report.
SEND