LEGO: 75230 Porg Revealed
Posted by Jeremy on July 29, 2018 at 08:26 PM CST
Though these porgs might be a bit crunchier than you'd expect we're sure that Chewbacca's molar action wouldn't have any problem with the new 75230 Porg set from LEGO.

Whether released with authority or on accident - we don't know - by Ukrainian toy retailer Budinka Igrasok are the full suite of photos for this new brick-built scuplture. 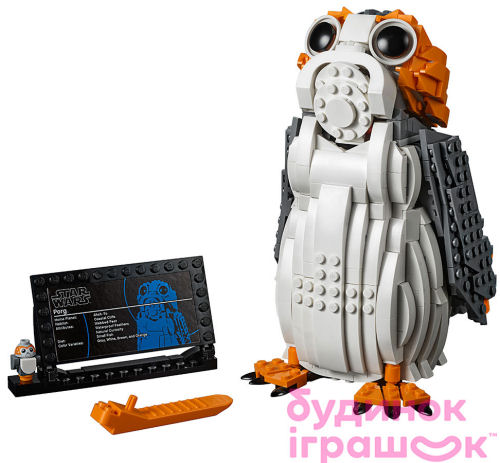 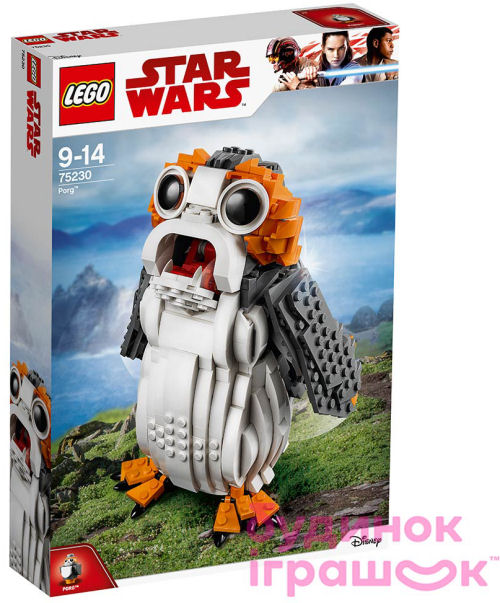 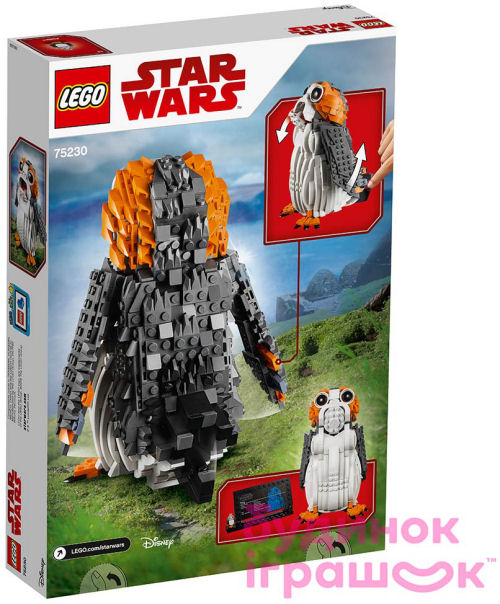 The set comes with a mini brick-built figure, as supplied in 75200 Ahch-To Island Training and 75192 Millennium Falcon sets, and (though it isn'ta UCS set) an information plaque. The rear packaging shot demonstrates the single action feature - a mechanism in the tail that actuates the creature's wings and jaw.

It is expected to be released in October and will make the perfect accompaniment to 75187 BB-8 which was released at a similar time of the year in 2017. In the meantime why not check out the rest of the LEGO Star Wars range - purchases help to support our LEGO coverage.

We've been telling our readers that this set has been coming for nearly six months so it's your turn to tell us what you think in the 75230 Porg discussion thread in our forums.
SEND