LEGO: D-O Or Not D-O, There Is No Try
Posted by Jeremy on June 15, 2020 at 12:56 AM CST
It's said that "every generation has a legend" and it's equally true that every Star Wars generation has a highly marketable creation thrust upon it. Those from the age of the Original Trilogy were entertained by the Ewoks, while folks from the Prequel Trilogy generation got to enjoy the page boy haircut of an innocent young Anakin Skywalker.

Unfairly, some might say, the Sequel Generation has had not one, nor two but three such heart-string pulling icons of Star Warsy-ness: first there was BB-8, then came porgs and now we have D-O.

I thought, like many Rebelscum readers, that I was immune to such marketing machinations. The world's attraction to BB-8 rolled straight past me, and the fan base's love/hate relationship with the Ahch-To dwelling birds went over my head. Not so for D-O though. This odd little cone-faced droid delivered a palette of insecurities and character quirks that were, for the most part, endearing without any trace of a saccharine after taste.

When LEGO announced that the would add a brick-built sculpture set to the same un-titled subtheme that includes 75187 BB-8, 75230 Porg and 75255 Yoda I was hopeful they'd capture the peculiar nature of this abused and abandoned side-kick and as pictures from International Toy Fair, held in New York City earlier this year, began to arrived I became hopeful.

However, having recently committed a great deal of time to constructing and reviewing 75275 A-wing Starfighter and the new BucketHeadz line, plus compiling a recapitulation of every Death Star set ever made to date, the list of household chores I'd been avoiding was too long to ignore so Rebelscum's junior master model builder - Son the LEGOscum - was tagged in. 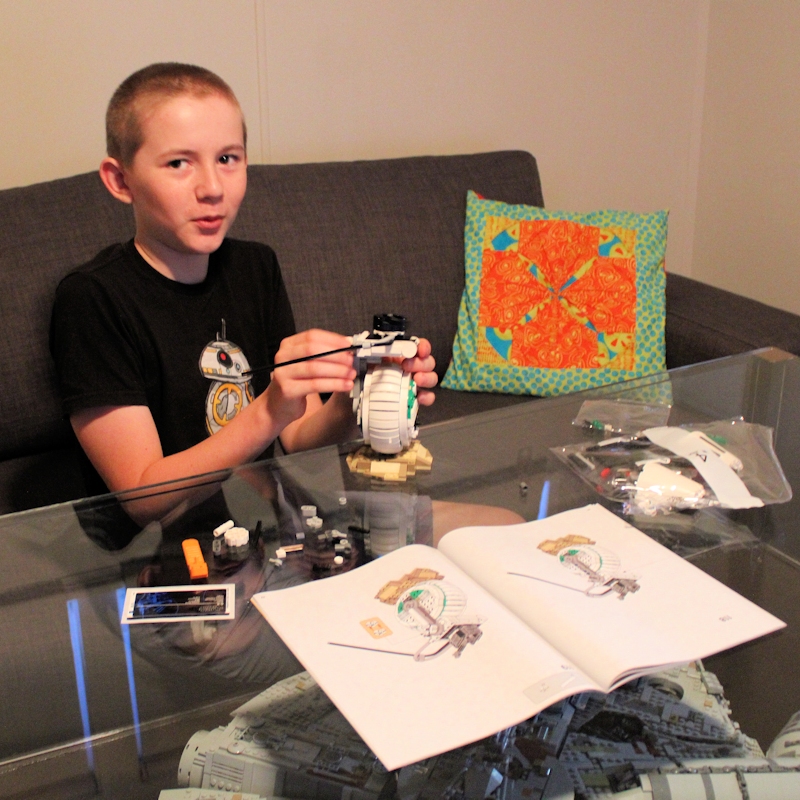 As well as putting together 75278 D-O, his mission was to find out if this latest brick-built, 519 piece scuplture is suitable for the 10+ market it's aimed at.

Taking a moment to absorb the details in the box, Son the LEGOscum noted that it looked very much a grown up set, and relished the chance to test his mettle. The scond thing he noted was the tan base jarred with the greasses in the background (and just as quickly rationalised that modifying the set with some green bricks wouldn't go against the spirir of LEGO building). Lastyl he spotted the overly-large 10+ that dwarfed the set's moniker.

Having a couple of years on the recommended minimum age his enthusiasm was fueled by his confidence that this set would pose no problem to his construction skills. Despite being gently reminded this was his first experience of building a sculpture model he was undeterred and brazenly dumped the bags out on the table before gotting stuck in.

The first stage is D-O's wheel and the set's base; the hub consists of several layers of bricks and plates whose multiple colours are meant to act as points of reference to help avoid that certain type of blindness that building LEGO sometimes induces. Oblivious to the pile of unused bricks that were building up he continued the build, and the next test of his skills came when he couldn't manage to push the flexible hose over the connectors. This he found "too fiddly" and called in the pros.

By the end of the first bag the usefulness of these colour bands were put to the test when our hasty builder realised that he had a number of pieces left over. Using the layers as guides meant he could easily backtrack and retro-fit the non-extraneous elements to D-O's body.

The rest of the build - comprised of the side plates, articulated neck and cute head - went together without a hiccup, and soon our junior builder was experimenting with all the twists and folds that can be utilised to re-position D-O to create a limited range of poses, and the cog-and-gear mechanism that allows this small droid to express its big personality. 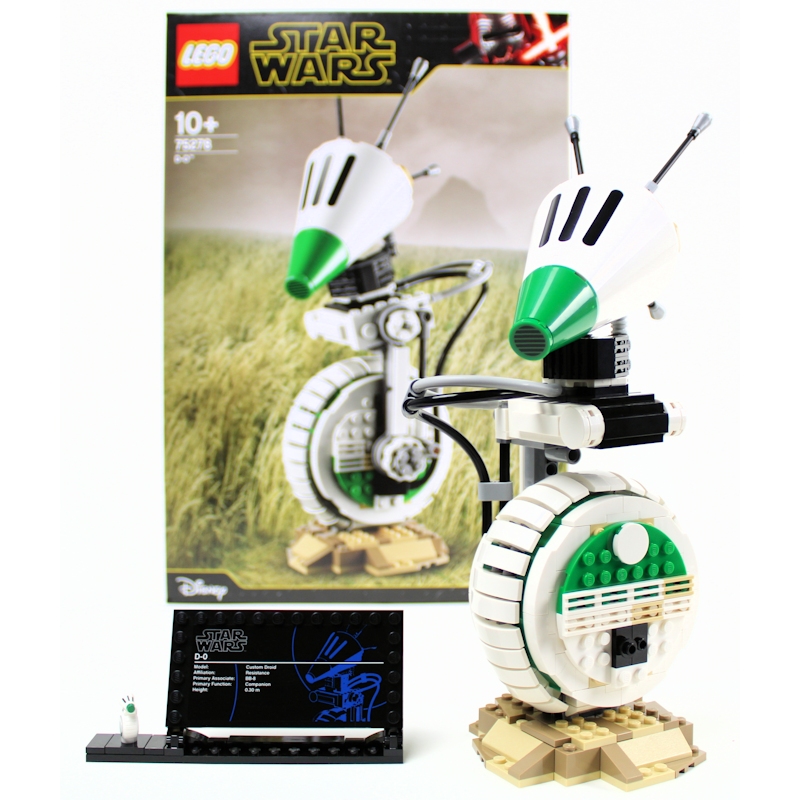 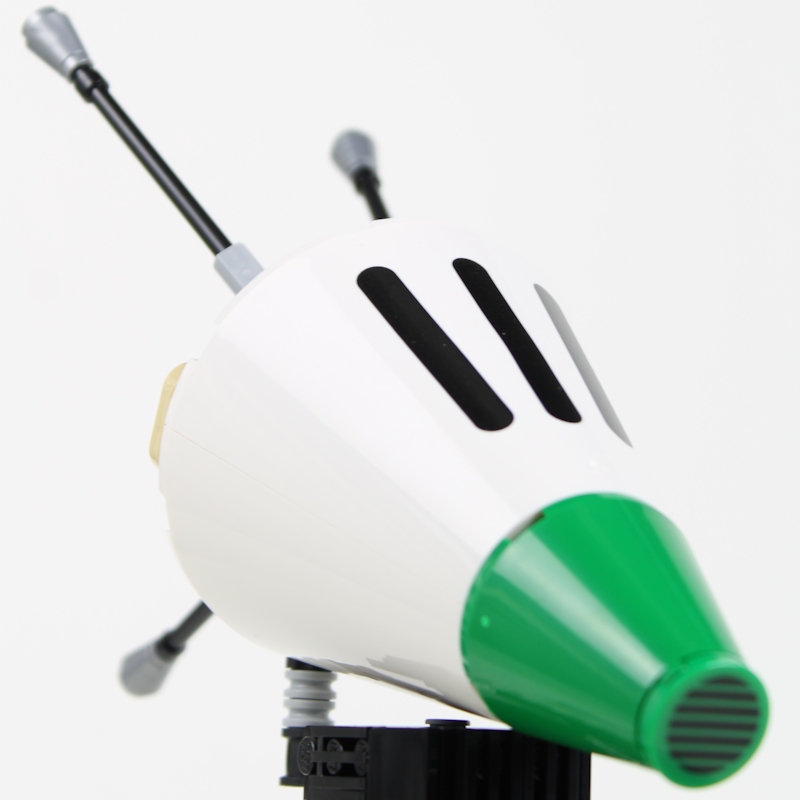 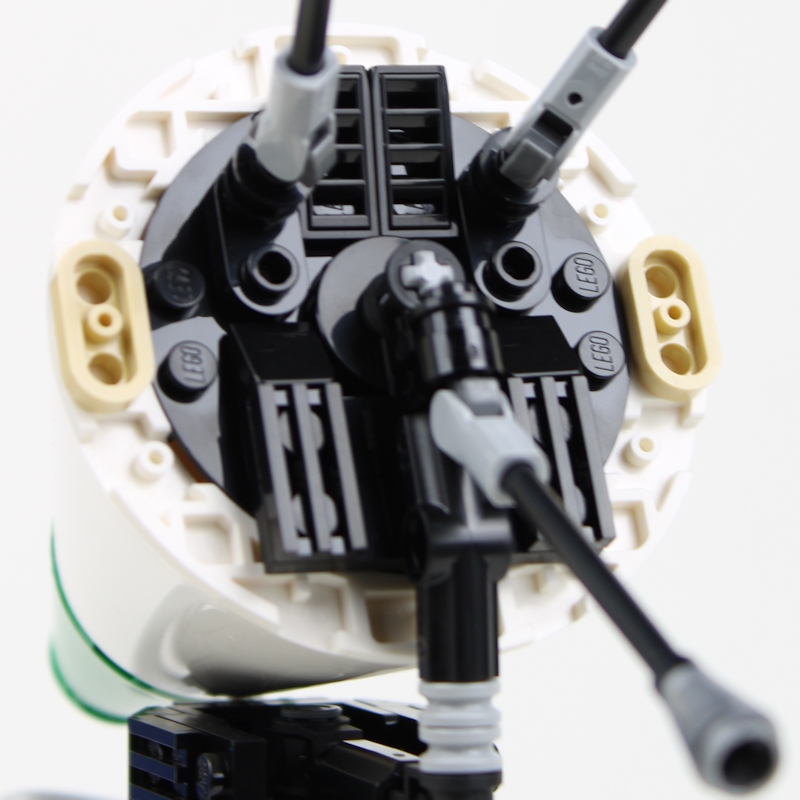 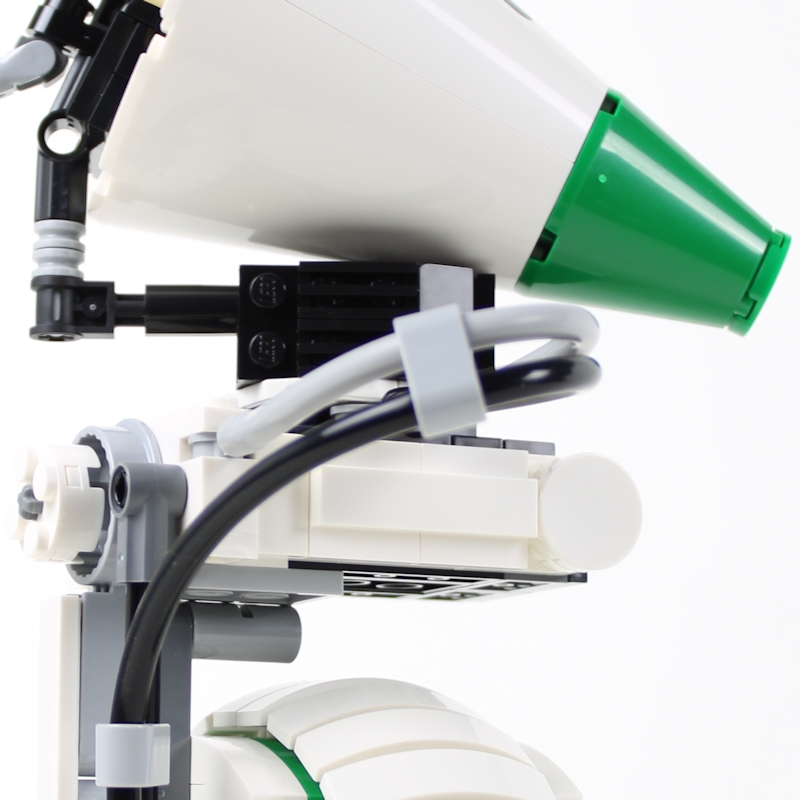 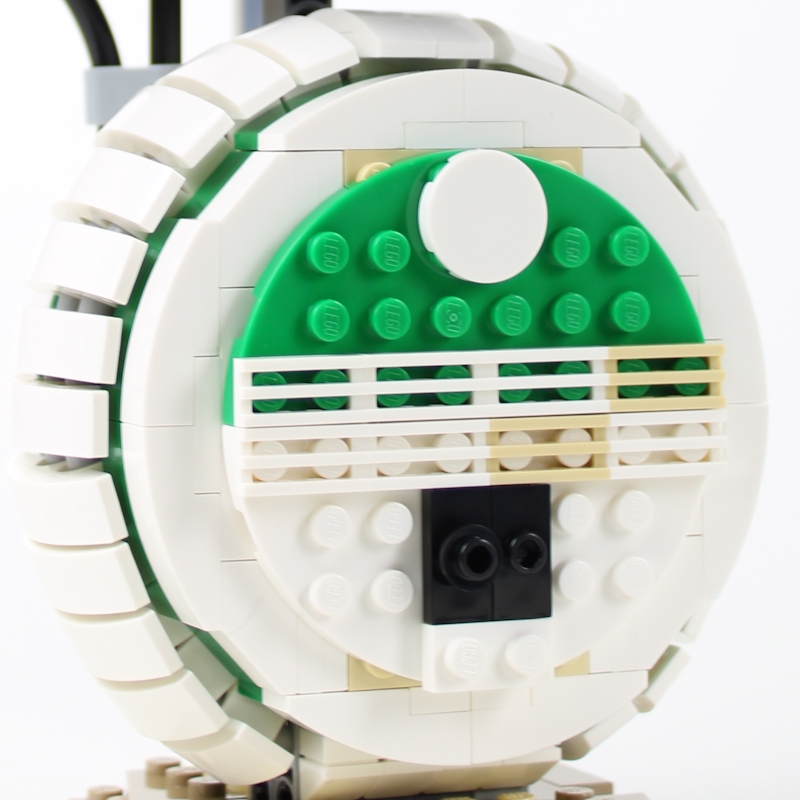 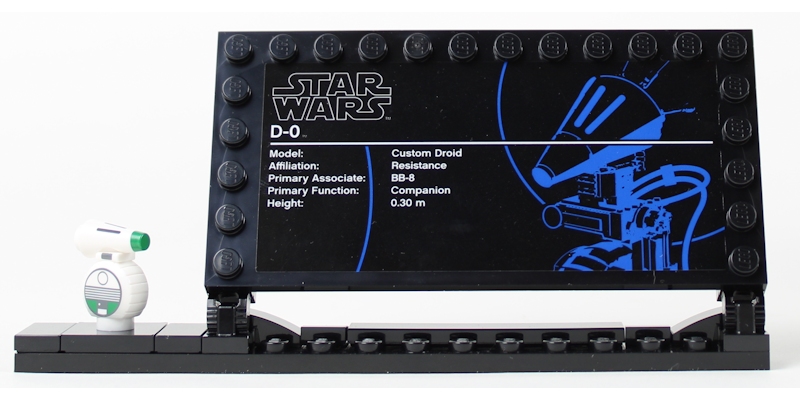 Taking a few moments to soak in the details - which include a superbly scaled head with (thankfully) printed photo-receptor stripes, various ports and antennas at the back of the head, the hoses that snake around D-O's back portion, the tan grilles on the 'hub caps' that depict a build-up of grime and the multi-faceted tread of the monowheel - all go towards producing a genuine and accurate depiction of this unwilling aide-de-assassin.

The downside of this set isn't hard to spot - because it can't be removed from its base D-O isn't freestanding like 75187 BB-8, you don't get any rolly-polly action. Undoubtedly some clever LEGO fan will find a means of counter-balancing the head so that the droid can be stood on its wheel without any fear of it rolling away.

Son of LEGOscum's final verdict was one of overall praise. Despite a few early issues with the assembly he enjoyed the build and accepted it as an unexpected challenge. That said, LEGOscum's positive review is somewhat hampered by a price tag that seems a bit inflated.

Rebelscum is, in part, reader-supported. When you buy through links on our site, we may earn an affiliate commission. This goes back into making sure we can continue to bring you the Star Wars collecting coverage you want.
SEND