LEGO: Dare We Define UCS?
Posted by Jeremy on December 16, 2018 at 12:53 AM CST
With the successful release of the LEGO Star Wars theme in 1999, fans of both genres went wild. Initially, the sets were intended for the typical LEGO fan, and when their popularity amongst adults - and Star Wars collectors in particular - LEGO decided that it needed a subtheme aimed specifically at the older fan who had more advanced building skills and had a preference for display instead of play. It hasn't been painless and smooth journey though, with road bumps over consistency in style and approach, distribution and availability, as well as exclusivity and pricing. And to further confuse the navigator there have been a quite a few non-Star Wars sets that fit the bill, such as 7784 The Batmobile Ultimate Collector' Edition, 76023 The Tumbler and 76042 The SHIELD. Helicarrier. On top of these, there are a number of large sets aimed at adults that also fit the bill, including the Advanced Models series, the Modular Buildings, a couple of whimsical sculptures and the Creator Expert line.

Because most people who gravitate towards LEGO are highly motivated categorisers, the mystique surrounding the criteria of the Ultimate Collector Series is not one many are enamoured of, and since the closest LEGO has come to providing a definition is "LEGO® Ultimate Collector Series sets are detailed, unique and challenging models meant for display. A collectors display card is included with each set.", many collectors find the line a bit of a bugbear.

Rather than letting a given definition create a list of what is and what isn't a UCS set, why not let the nature of the Star Wars UCS subtheme create the definition? Can an overriding trend that creates expectation as to what the minimum requirements to be included in a are to construct the Ultimate Collector Series list?

The most commonly referred to UCS source is the poster that LEGO released in 2011 to mark the May The 4th Be With You festivities and to commemorate the release of 10221 Super Star Destroyer. This poster, which has 23 sets depicted on it, is considered the benchmark of all pre-2011 UCS sets. 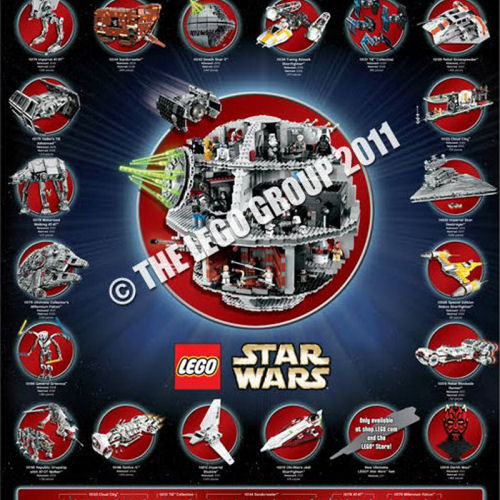 After this the most commonly regarded UCS resource lists can be found on the internet at (Brickipedia, BrickLink and Brickset), as well as the two offically approved collecting guides - the LEGO Star Wars Visual Dictionary (both the Original Edition and Updated & Expanded version) and the most recent source - Ultimate LEGO Star Wars title.

With 34 different LEGO sets appearing across the spread it still isn't possible to narrow down the results.

Of these 34 sets from 2000 to 2017, there are 28 sets which appear on all four main sources - Brikipedia, Bricklink, Brickset and at least one of the DK books. Taking this reduced tally as the mean it is possible to determine what factors are most common, and use these to decide what criteria is relevant to resolve a final checklist. 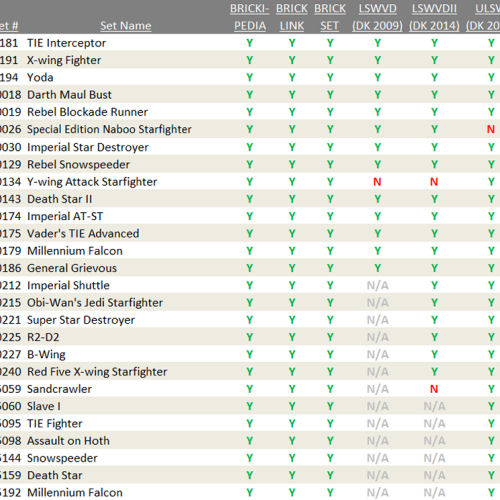 For the most part, UCS sets are meant to be more realistically detailed, aimed at older fans who have advanced building skills, a focus on display instead of play, and come in higher-end packaging - and this is well represented on the list above. From this it is possible to narrow the requirements down to the shared features which appear regularly in these sets:
Going forward it is now possible to narrow the requirements down to the aspects shared by those 28 sets that remain, and by accepting the standard that any set which demonstrates three out of five of the common features listed above should be considered part of the UCS subtheme. 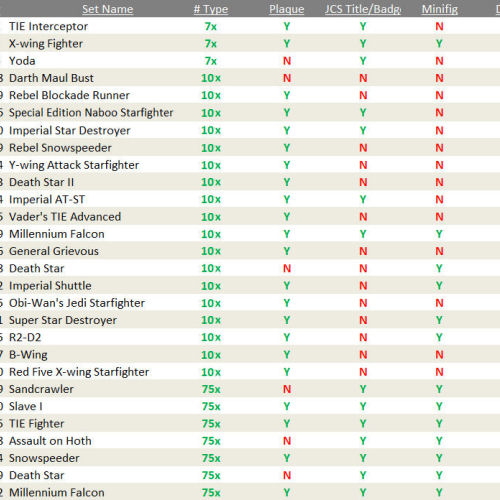 The feature that many consider an absolute must for a set to be considered an Ultimate Collector Series set is the black stand and data plate. This is deemed to indicate that the finished build is meant to be presented for admiration (and dust collection) rather than given over to a young fan for play. The concept of building set for display was a hard step for LEGO to come to terms with, as it went against the company's brand values, and the decision to head down this route was softened with later releases, and a standalone data plaque was included as a hat-tip to the categorisation of the set. 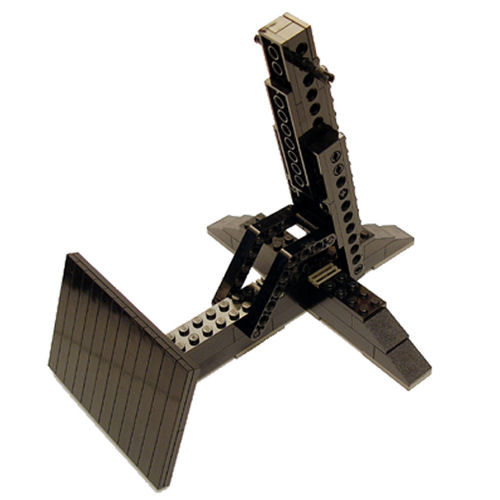 From the inception of the UCS subtheme the incorporation of "Ultimate Collector Series" in the branding of the set - whether in the name or in the description - was hit and miss until 2014 when 75059 Sandcrawler appeared with a special "Ultimate Collector's Series" badge on the packaging. This clarified the situation and has mostly been taken to be the brand to look for, though its incorporation on 75098 Assault On Hoth has caused a certain degree of consternation.

The inclusion of minifigs also causes complications to the UCS definition. The original point of a UCS set having a minifig was to indicate scale and formed part of the set's aesthetic, rather than complement its play value. However, the large 10236 Ewok Village set, which was presumed to be UCS, raised the question of a set that had minifigs for play was fit for the subtheme. Likewise the decision to kit out 75144 Snowspeeder with an undersized pilot and gunner raised fans' eyebrows - yet making 75060 Slave I minifig scale so that Boba Fett could fit in the cockpit was roundly applauded.

Further muddying the waters is distribution. Generally speaking there are three ways LEGO shares sets through its retail partners - general release (available everywhere without any exclusivity), retailer exclusives (wholy limited to one retailer in a region) and a composite of both whereby LEGO outlets (brand/certified store, LEGOLAND parks and Discovery Centres and the official website) have the exclusive distribution for a set period before it goes on general release.

For the most part, UCS sets have fallen into the composite distribution model. However, where a set is exclusively carried by LEGO outlets it becomes known as direct-to-consumer (or D2C) set, and in a number of cases the UCS label has mistakenly been applied to such sets:
While a number of the aforelisted sets are on the large side, none of them are hyper-detailed or overly comlicated builds and aren't specifically meant for display.

The recent release of 75222 Betrayal At Cloud City seemingly threw a spanner in the works, which - much to the annoyance to pedantic LEGO fans - looked like it would be named as a UCS set. Before the debate could really kick off LEGO made it clear it was part of a new subtheme - the Master Builder Series:

"The Master Builder Series models are large playsets and beside being complex builds they are characterized by having many play features and functions, interior details as well as a range of minifigures. Ultimate Collectors series will remain highly detailed display models providing complex builds with a focus on authenticity and both Ultimate Collectors Series and Master Builder Series will continue as a way to highlight the unique characteristic of each style of model."

This has lead to speculation that a number of LEGO Star Wars sets - such as 10236 Ewok Village and 75098 Assault On Hoth could get reclassfied if they are reissued. 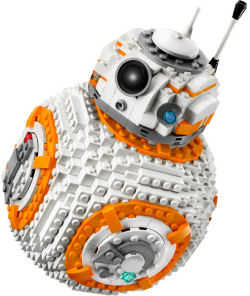 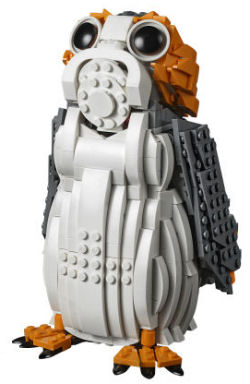 We can now ask if 75187 BB-8 and 75230 Porg sets fit the UCS bill. Why not treat this as home work and answer this yourself? You can share your thoughts in our LEGO forums and see if your rational thought process aligns with other LEGO Star Wars fans.

Links to LEGO.com utilise an affiliate code that provides a commission that helps Rebelscum provide our readers with top notch LEGO Star Wars news and articles, and buying your toys through the links provided goes to support our volunteered time at no cost to you.
SEND