LEGO Employee Christmas Gift Revealed
Posted by Jeremy on December 2, 2019 at 06:11 PM CST
Every year The LEGO Group gives out limited edition and highly exclusive gift to all their staff - and a few special individuals - around the world. As well as rewarding employees, these specially designed sets typically these mark special occasion that happened in the year. Last year LEGO gave out 4002018 Santas Sleigh and Reindeer which depicted a larger-than-normal scaled build to mark the 40th anniversary of the minifig, while in 2017 it was the 40th anniversary of Technics with 4002017 Nutcracker and the half century of trains was commemorated with 4002016 50 Years on Track set.

It's unlikely to have escaped your notice that 2019 is an anniversary year for the LEGO Star Wars theme, and LEGO has chosen to celebrate this landmark achievement with a special festive X-wing Fighter, that is a meant to be a hat-tip to the original 7140 set from 1999. 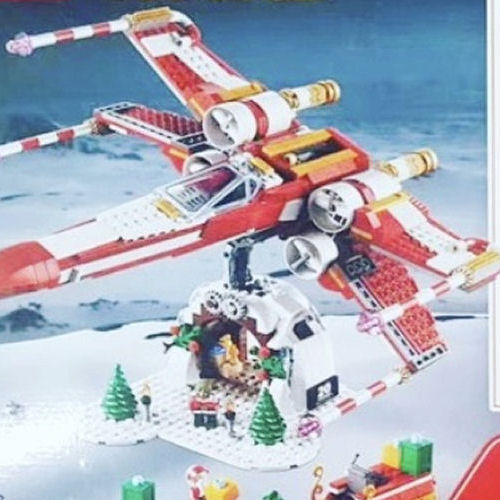 The text on the right reads "Twenty years again a galaxy far, far away the LEGO Star Wars story began. We mark this remarkable anniversary with a special festive edition of the original X-wing Fighter. Enjoy!" and is repeated in all the languages spoken at LEGO's facilites around the world.

There's no doubt that the clever application of the Coca-Cola colour palette is a nice touch, it is the addition of snow-covered cave, filled with presents that acts as a display stand is that is a true stroke of genius. Don't let these details distract you from the ground services cart that doubles up as Master Yoda's sleigh and the Christmas bauble-ised 20th Anniversary logo in the top right corner.

With a piece count of 1038, the Star Wars collector in me is screaming "One hundred parts more!" while my inner LEGO fan is impressed by the candy-can colourway that the set's designers have implemented. 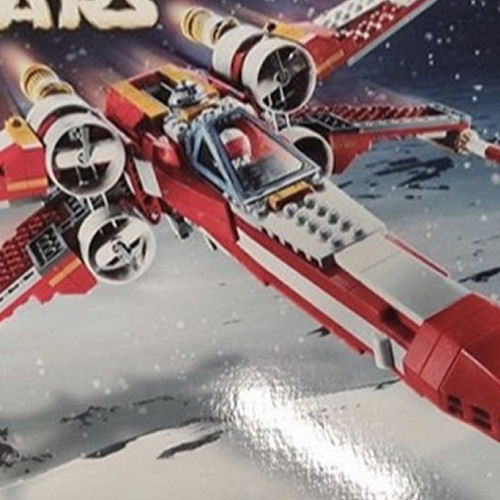 Close inspection will reveal that this isn't just a red-and-white remake but a wholy new and original take on the iconic Rebel snubfighter!

Though the correct and proper name of the set hasn't been revealed - a number of sources are calling it Candy Cane X-wing, Christmas X-wing, etc based on the festive scheme of the set - the inclusion of a Yuletide Squadron Leader minifig suggests that the Rebel Alliance has a secret flight of X-wings that it only rolls out once a year to battle the evil forces of Darth Krampus! 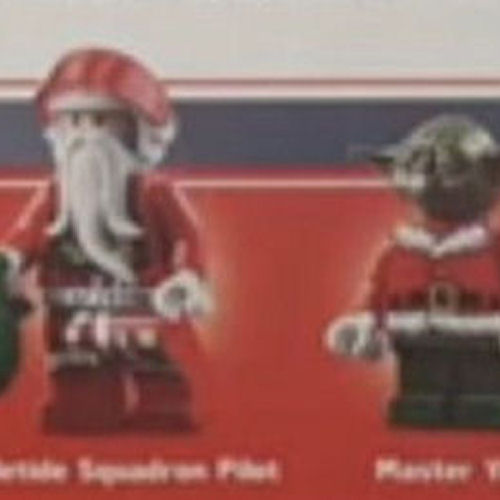 While this seasonal gift is only awarded to LEGO staff and certain non-employees, there are no company guidelines that restrict the sale of these. And so, for those collectors looking to put 4002019 LEGO Staff Christmas Gift under their Christmas tree this year can look to Bricklink.com and eBay.com, where they are going for aorund $250 to $350.
SEND