LEGO: Mandalorian Battle Pack Pics
Posted by Jeremy on November 26, 2019 at 03:13 PM CST
If you are like the rest of the LEGO Star Wars community and thought that it was strange for LEGO to release only one set - 75254 AT-ST Raider - as a tie-in with The Mandalorian live-action TV series on Disney+, then you are about to be satisfied. 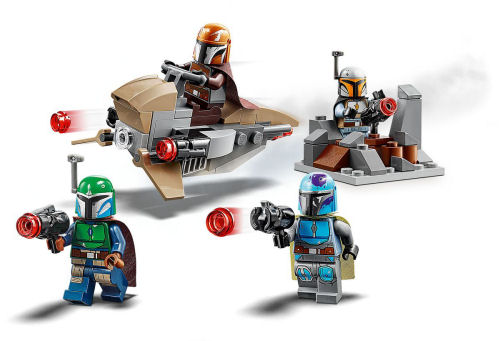 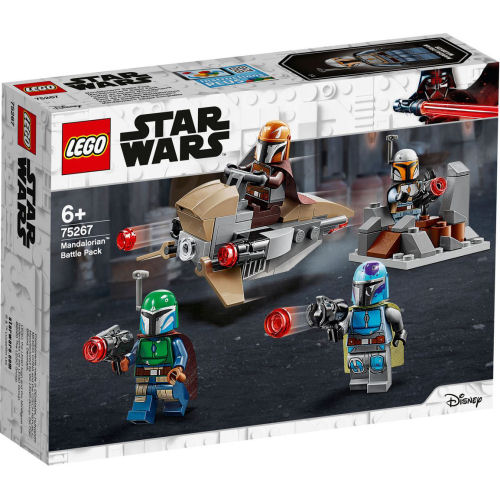 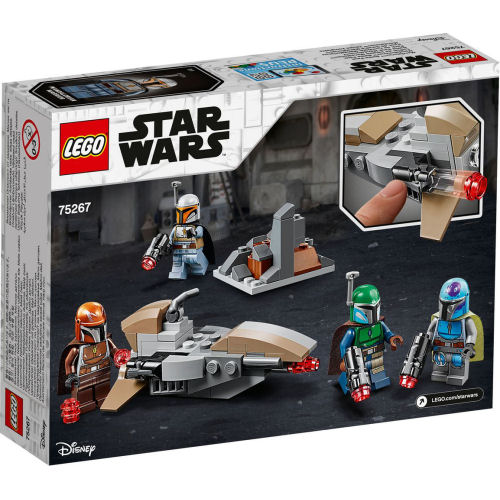 While it makes no overt references to the TV show, this battle pack of four Mandalorian Warrior minifigures and a swoop bike is more than likely a homage to the showdown that occured during the third episode of the series. And though the scene didn't include a swoop and the Mandalorians who made their appearance during the ambush wore jet packs - something the minifigures in 75267 Mandalorian Battle Pack haven't been accessorised with - this set is a welcome addition to the Star Wars theme.

With a price point in the region of $15 and an inventory expected to equal 102 elements, 75267 Mandalorian Battle Pack is due out on December 27th in Europe (with an expected US shelf date of January 2nd), reports the German retail site JB Spielwaren, which first added the set to their stock lists.
SEND

Anyone recognize this?
Rancor - Haslab 2021
What is your latest Kenner acquisition?
The Rise of Skywalker - The Emperor Mini Bust
Why was Kenner totally unware of Luke's incorrectly colored yellow lightsaber?
Phoenix Board # 207: BS Rancor, Book of Boba Fett, and more
Jumar Rebel Base