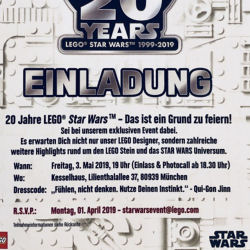 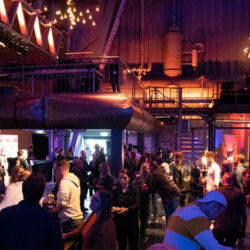 So started the invitation, received by around 150 or so German social media influencers and LEGO Ambassadors, to a special bash at a converted boiler house in Munich, which (no doubt uncoincidentally) goes by the name Kesselhaus (!) and had a distinctly droid factory vibe to the decor, for an event on May 3rd and imperiumdersteine.de, stonewars.de, roguebricks.de and 1000steine.de attended the party, hosted by LEGO, and shared their experiences.

The formal element to the shindig was short, with a brief introduction from local LEGO and Disney staff and a recap presentation of the last 20 years, before Jan Neergaard Olesen, LEGO Star Wars Senior Designer, stepped forward and introduced himself. 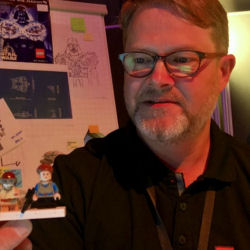 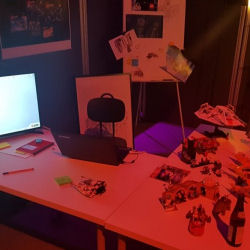 After a brief explanation of his nearly-20 year career with LEGO, Jan directed the attention of the attending audience to the mock up of a LEGO Star Wars designers office space where the full range of 20th Anniversary Edition sets were on display with their predecessors.

The rest of the floor space of the venue, where it wasn't taken up by those luck enough to attend, was given over to display cases, interactive features and enough hors d'oeuvres to satiate a Wookiee. 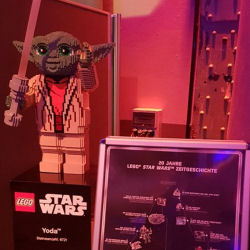 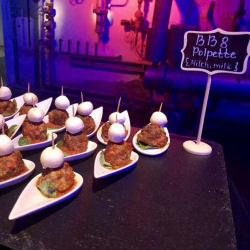 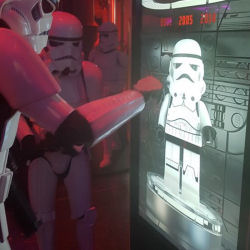 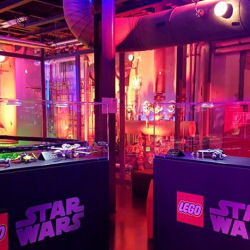 Typically for LEGO there was a special build event attached to the occasion, and attendees were given the chance to construct a one-off Millennium Falcon, designed by LEGO Certified Professional Rene Hoffmeister (design-in-stein.de). 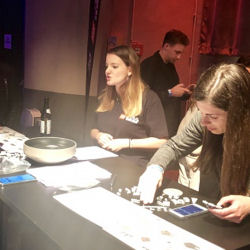 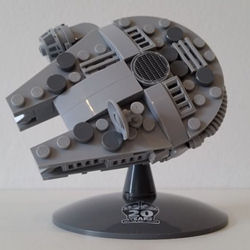 All but one of the parts - the base with the 20th anniversary logo specially printed by steindrucker.com - are standard and can be assembled using the instructions created (with permission) by stonewars.de. 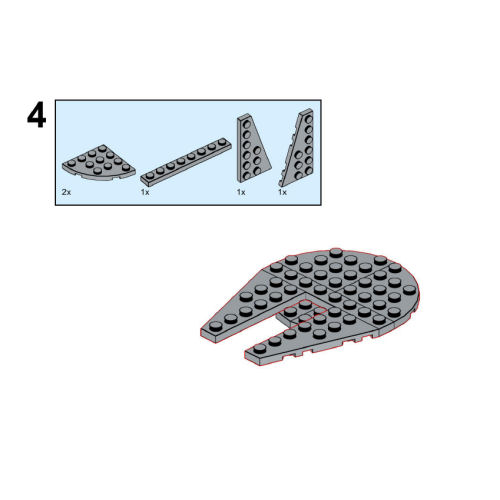 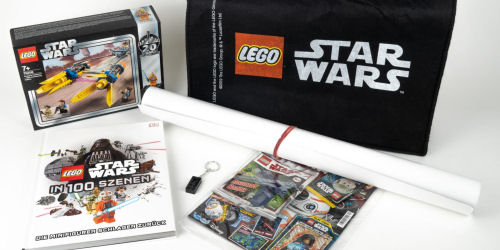 And if all of that wasn't special enough, LEGO provided all their guests with a goodie bag to take home with them!

steine is German for stones - aka bricks!
SEND