LEGO Mosaics: Future Rumours
Posted by Jeremy on March 19, 2020 at 06:35 AM CST
With the end of the Skywalker Saga and the final season of the Clone Wars coming to a close, the traditional wells of Star Wars set inspiration that LEGO has drawn from are starting to run dry, as evidenced by the smaller selection of System scale sets on offer during 2020.

Instead, they are making a course adjustment and looking to the over 18's market which has generally only been tacitly acknowledged in the past. When the LEGO Star Wars line was first released in 1999 it was aimed at children - with a few advanced build sets produced for the LEGO fan who shaved - and now these kids are over 20 years older and earn wages instead of pocket money.

From this April, LEGO is going to be reaching out to the over 18's market - a distinctly new direction for the company - with their Buildable Model Helmet subthemes, starting with TIE Fighter Pilot, Stormtrooper and Boba Fett. 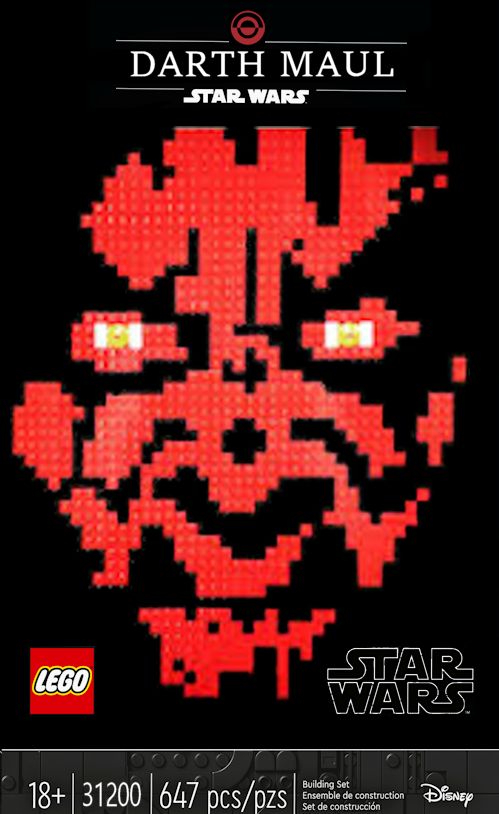 Already banking on their success, LEGO have pushed ahead with another experimental line says Brick Fanatics, who share word that "A new LEGO theme targeted at adults is expected to be a series of mosaics, featuring The Beatles, Iron Man, Marilyn Monroe and Darth Maul."

After hearing about these on the grapevine late last year, Brick Fanatics kept their ear to the ground and picked up on a tip-off on the Eurobricks forum that corroborated the early rumours. According to anonymous source "Brother From Another Bricks" these will be priced somewhere between US$100 and $150 and should arrive in the third quarter of 2020 in the same style of packaging that the new Buildable Model Helmet have been shown off in.