LEGO: VIP Card Delays In North America
Posted by Jeremy on December 20, 2017 at 02:10 PM CST
We've seen plenty of posts that quite a few 75192 UCS Millennium Falcon shoppers in Europe have received their limited edition VIP card, but there have been no reports in the US or Canada yet. In order to assuage those who are still waiting, LEGO Customer Services are sending out this form response to those who enquire after their cards. 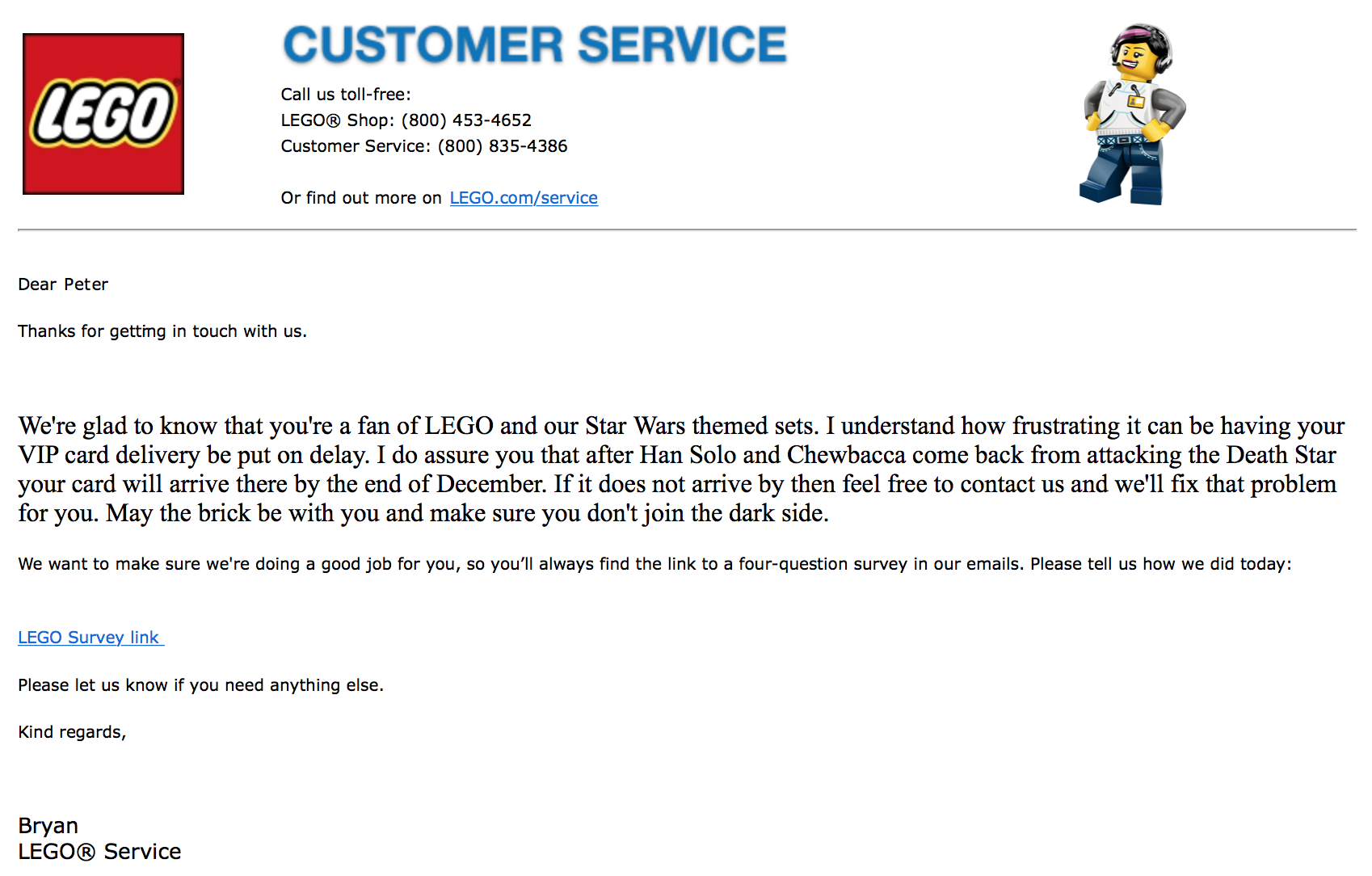 You have until midnight (EST) on December 31st to make your 75192 UCS Millennium Falcon order - with existing VIP card in hand - to qualify for the upgrade. With the current on/off state of online availability many LEGO community websites are suggesting that a trip to your nearest LEGO Brand Store would be a better use of your time because now that the wait list has been whittled down to zero quite a few collectors have had luck getting theirs this way. Call ahead first though.

The VIP card will give card holders access to special offers and exclusives, and while the details of the benefits aren't known they could include the 40298 DJ polybagged minifig we revealed yesterday.

LEGO have not provided any clues when the exciting deals that the limited edition VIP card will unlock, but given the snafu with their distribution it would be safe to assume that it's not going to be January.
SEND