Toys "R" Us Canada Breaks Embargo
Posted by Jeremy on December 24, 2019 at 01:53 AM CST
When you've got toys that sell themselves it doesn't make sense to get them boxed up in a storeroom does it? Despite the LEGO-imposed street date of January 1st, at least one branch of Toys "R" Us Canada has put the Winter wave of LEGO Star Wars sets out to meet the pre-Christmas sales demand. 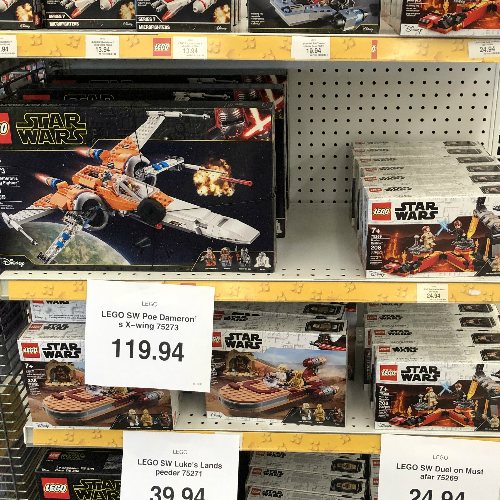 Thanks to forum member Zapcity we can point some readers who want to top up their LEGO Star Wars collection now, instead of January 1st, towards the Toys "R" Us in Windsor, Ontario who have set out the new wave (except for 75265 T-16 Skyhopper vs Bantha Microfighters, 75267 Mandalorian Battle Pack and 75268 4+ Snowspeeder) already:

If you've got a report to share then head to our completely re-vamped LEGO discussion forums where you will find sections to share your thoughts, purchases and set reviews.
SEND