Chris:
George went deep and he didnt drop the ball. I really didnt think he had it in him.

The real achievement behind Revenge of the Sith is how it manages to throw new perspective on a classic character. It would be nigh impossible to watch Revenge and not have it color your opinion of Darth Vader. Anakin isnt just evil (and as we see, when a Skywalker falls to the Dark Side, it's a long drop), hes tragic. Just like it needed to, the final installment in the prequels adds new dimensions to the original Holy Trilogy.

There are occasional dialogue and pacing issues. There are some bad CGI-effects (stand-outs in a tidal wave of great effects). And Yoda still aint the same Jedi patriarch we first met on Dagobah. All these issues have been getting progressively better with each prequel, and Revenge is as good as were getting from Modern George. With a solid story, plenty of lightsaber action, and perhaps the best soundtrack of the series, were pretty dang close to the glorious heights of Vintage George - Id even say we ended up with something better than Return of the Jedi. Which is a relief. 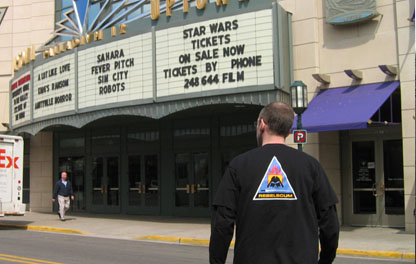