Jay Shepard:
Prior to seeing the film:

It occurs to me that this screening is the beginning of the rest of my life. The last 28 years have led me up to this moment, and what a fun time it has been. The waiting, the anticipation. It's all going to play out. Now. This month. May 2005.

How will we survive in a future bereft of any new Star Wars films? For me I will breathe a sigh of relief and allow the books, comics and television shows to come as they will. I am happy and blessed to have experienced the films in my life. They helped define me and, strangely enough, helped me become the person I am today.

I try not to anticipate too much going into a film, because, inevitably you will be let down. If the film is based on a book or other media, it will never live up to the expectations of fans. So why does everyone think the newest film will be so amazing, and yet it isn't even released yet? The promise of an amazing film is on everyone's checklist. It has to be better, doesn't it?

Wow! There's so much to take in! I was wanting it to hurry along, and I wanted it not to stop at the same time. The acting was the best out of the prequels by far. And while there were points that made me sit back and remember I was watching a film, there were definitely more parts that totally swept me away. I was young boy watching Empire in that darkened cinema.

I will admit, I did have high expectations for this particular film. Does it live up to them? I say yes! It's hard to judge with just one viewing, as there is a mountain of information to digest. But Lucas does it right. He successfully bridges the prequels and the original trilogy to such an extent, that further exploration of characters between the films, however enjoyable, is actually unnecessary.

The biggest surprise for me, is how I feel about Darth Vader. When I was 7, he was the ominous bad guy, working for evil Empire. After watching Revenge of the Sith, my feelings are all topsy-turvy. He is much more human now, even encased in his armor and metal helmet, than I ever saw him before.

Well six films. It's been a long road. Am I happy they are complete. Yes. Do I wish there were more? Films, nope. I think these six films compliment each other very well. More Star Wars in general? Oh yeah, sure! The adventures in television and books and comics telling more tales, that will be fun.

I have gained so much from these particular films, moreso than any other series or tale. I am sad that they are over, but the lessons I have learned and the experiences I have had will stay with me for the rest of my life. Whatever you take from these films, at least do this. Take something to heart. Make it personal. It belongs to you. But have no fear, because Star Wars IS Forever! 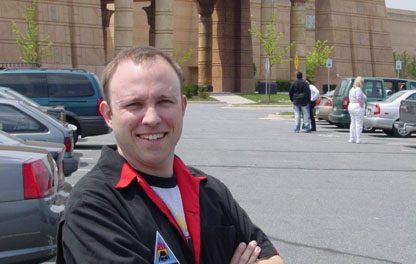