Dan Curto:
"Fear leads to anger. Anger leads to hate. Hate leads to suffering. I sense much fear in you." --Yoda, The Phantom Menace

It was right there all along. Right from the start, we always knew what was going to happen. We know Anakin Skywalker turns to the dark side of the Force and becomes Darth Vader. We've known this for nearly three decades now. What we've never known before was how? and why?

With Revenge of the Sith, the final chapter of the Prequel Trilogy, we have our answers. It was right there all along: Anakin's fear. Not a fear for himself, but of losing all he has worked so hard to attain: his power, his love, his family. We've seen Anakin come from humble beginnings as an only child, a little boy with more power and conviction than those twice his age, dreaming of a better life among the stars. His life was irrevocably changed after encountering a young woman who would capture his heart, a Jedi that would be closer than any brother, and a man who would be a father figure in his future.

Over time, the young man grew powerful in the ways of the Force, surpassing his peers in terms of skill and power, yet still not free to follow his own personal feelings. Everything he has been taught requires him to stifle his emotions, ridding himself of emotional attachments. But when he allows himself to fall in love, he makes himself vulnerable. The Clone Wars also created more conflict for Anakin. With his victories in battle and prowess with the Force making him more powerful, his confidence and arrogance increase as well.

Forget about the special effects in Revenge of the Sith for a moment, which are amazing. The opening battle is one of the most amazing sequences ever seen, and the ending is really were it all comes together, giving fans the answers what they've wanted to see for nearly 30 years. But the real story throughout the Prequel Trilogy is about the relationships between Anakin and his extended family: Padmé, Obi-Wan & the Jedi Council, and Palpatine. Just when he's at long last fulfilled his dreams, this is when he's the most vulnerable to manipulation and corruption.

What would you do to protect those you love? How would you react when you fulfill your dreams, only to find it's not what you expected? What is the right thing to do, protecting everyone else, or protecting your love? Despite all his power and skill, in many ways Anakin is still that little boy on Tatooine. He is full of fear because he has so much to lose.

Do yourself a favor and go back and watch The Phantom Menace, Attack of the Clones, and the Clone Wars cartoon before seeing the new movie. Read the comics. Read the books. Follow the development of Anakin Skywalker's love for his wife, his brother, his father, and his unborn children. You'll see just how tragic and terrible are the consequences.

Really immerse yourself into the Star Wars saga. After all, this is the last time you can. 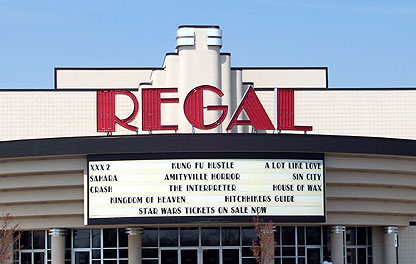