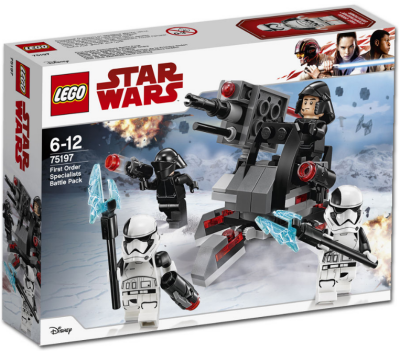 Send reinforcements - the combat set of specialists of the First Order!

Let the First Order shooter take his place, then charge the gun and aim. Guard the weapons with the sturdy stormtrooper-executioners of the First Order, armed with laser axes.

Can you defeat the Resistance? All in your hands!

This portable cannon is either anti-personnel or anti-ski speeder artillery or is expected to be seen during the battle on Crait and is equipped with a spring-loaded rocket launcher and included two missile.