Hasbro's "second-shance" assortment gets even better with two hard-to-find Jedi, and new way to get a fan-favorite trooper! 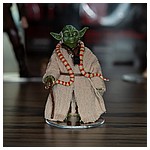 
Size matters not. But when it comes to this Jedi master, the original production run was too small. Yoda gets a new life, and a new face with this reissue of the 2014 figure with upgraded digital face deco. 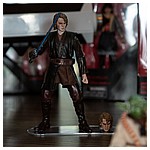 
Anakin himself said it best: "Wait for me until I return. Thing's will be different, I promise. Please wait for me." The wait is over, and it looks like our patience was rewarded.
This figure is a reissue of original 2014 edition, but this time around Anakin's face has been upgraded with digital face deco. Now his Sith eyes are even more creepy. 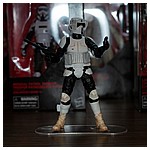 
Everyone's favorite trooper from Return of the Jedi has done some returning of his own. But now, he'll have to do his scouting on foot.
Hasbro has reissued the figure from the 2014 The Black Series Speeder Bike set, this time without the speeder bike. No deco changes are immediately apparent.

The hits keep on coming in Hasbro's premium assortment, and in addition to getting better looks at a few previously revealed figures we also got two new surprises: 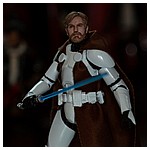 One note, the head is not currently engineered to be able to fit on the original The Black Series Obi-Wan body, but Hasbro says there is enough time in the development process to change this and make it compatible. 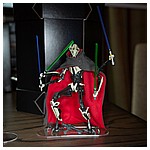 
Now this figure will certainly make a fine addition to your collection. The Separatist Droid Commander himself is a stunning figure with fun features and accessories. He comes with a soft goods cape that includes pockets for his lightsaber collection. He also includes four lightsabers with removable hilts, and a blaster. His arms can be snapped together to form two arms, or separated into four. He will be packed in a larger box like the recent 6-Inch The Black Series Moloch and Gamorrean Guard, which hints at his likely price point.

We also were treated to better looks at some previously revealed figures. You can view those in the gallery. Those on display included:

A few previously revealed The Vintage Collection figures were on display: 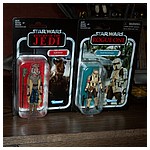 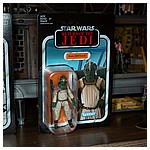 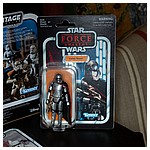 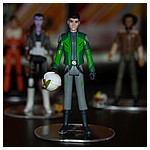 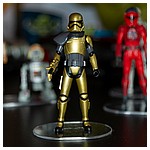 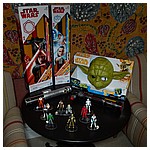 You can learn more about them here.