Happy Birthday Steve Sansweet
Posted by Jeremy on June 14, 2020 at 04:12 PM CST
For as long as most collectors can remember, Steve Sanweet's name has been synonymous with Star Wars collecting, and for most of us the second Star Wars collecting book we picked up was the Tomart's guidebook he co-wrote in 1994. (The first book was, of course, the Sears Wishbook.)

Famous for his Guinness World Book record for the largest collection of Star Wars memorabilia, which can be visited at his private museum in Petaluma, California, Steve has been embedded in the Star Wars community for nearly as long as the franchise has existed.

His collecting habits began, as many of ours did, in the late 70s when toy shops and comic book store shelves were crowded with Kenner, Marvel and Topps merchandise. In the following decades, his talent as a researcher and a writer caught the eye of numerous publishers, which led him to giving presentations at various sci-fi conventions which, eventually, brought him to the attention of Lucasfilm. 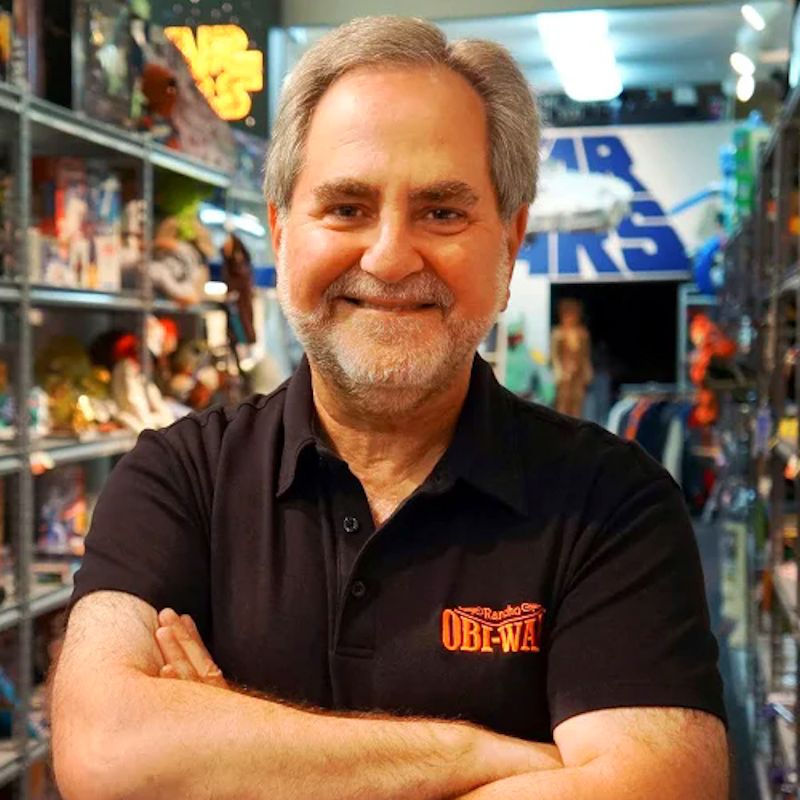 Presented with an opportunity that every fan-boy dreams of, Steve didn't make the job of Head of Fan relations his, he made it ours by sharing what he loved.

As put by Cathy Kendrick, one of his many, many friends "he shared it by writing articles about it. He shared it eventually by working at Lucasfilm as a resource to other fans who loved it. He helped encourage all the many fan clubs and groups like the 501st. And eventually, he created a place he called Rancho Obi-Wan. And while Rancho Obi-Wan is also his home, he has shared that too, with all of us."

This man of many hats - from media spokesperson to convention organiser, author, TV presenter, movie extra, droid wrangler and ambassador - has been put first amongst collectors, by collectors, from before the time of the Special Editions and it's a position he eschews. He is, above all, a friend and if you ever meet him he is guaranteed to greet you as warmly as the first time you met.

And that is his very special talent.

So from everyone at Rebelscum - HAPPY BIRTHDAY KING GEEK!
SEND