WINTER HAVEN, Fla. (Oct. 11, 2017)  In 2018, LEGOLAND® Florida Resort will deliver 12 months of awesomeness with a blockbuster lineup of special events and grand openings throughout the year. It all kicks off in January with LEGO® NINJAGO®Days, three consecutive weekends of exclusive activities and entertainment devoted to the popular LEGO franchise, and the NINJAGO action continues with the opening of an exciting new theatrical attraction starring the cast of TVs LEGO NINJAGO: Masters of Spinjitzu. 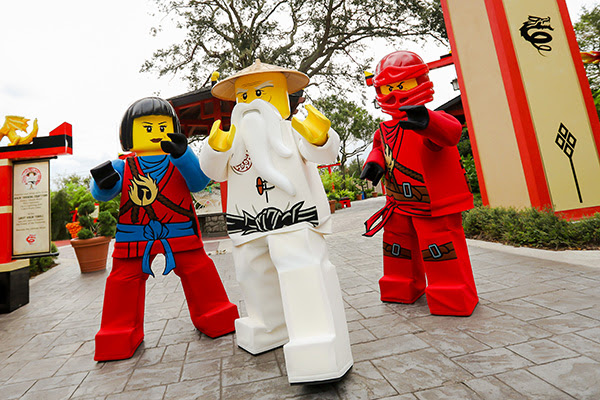 Mark your calendars for another brick-tastic year of fun at the place #BuiltForKids:

Celebrate your favorite ninja heroes with exclusive in-park activities and meet-and-greets with Kai, Nya and for the first time ever  Master Wu! Then become the ninja in LEGO NINJAGO World, where kids can do battle against familiar foes like Lord Garmadon and the Great Devourer aboard LEGO NINJAGO The Ride.

The KIDZ BOP Kids return to rock the park with three days of high-energy concerts, including the debut of their official theme song for LEGOLAND Florida Resort, Awesome Awaits. Plus, fans will enjoy exclusive meet-and-greets with the coolest kids around  Ahnya, Cooper, Freddy, Isaiah, Julianna and Sierra! Stand by for an announcement about 2018 dates!

Join us as we unveil the newest addition to our LEGO® Star Wars MINILAND Model Display. Created with thousands of LEGO bricks, the display features memorable moments from Episode VII of the popular Star Wars saga enhanced with lights, sound effects and animation. 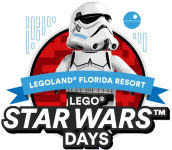 Enjoy our huge new LEGO® Star Wars display in MINILAND USA as we celebrate a record three weekends of fun from a galaxy, far, far away! Activities include meet-and-greets with LEGO Darth Vader and  new!  a LEGO character from The Force Awakens and The Last Jedi, hands-on LEGO® Star Wars building activities and much more.

Fourth of July  a red, white & blue salute to America!

Celebrate Americas independence on Wednesday, July 4 as we light the skies above Lake Eloise with one of our biggest fireworks shows of the year! Before the sun goes down, help us create a giant U.S. flag out of thousands of LEGO bricks.

Christmas Bricktacular: Select dates in December  have yourself a merry LEGOLAND Christmas!

Our multi-day party invites kids to move and groove at a high-energy dance party, set fun goals for the year ahead and go on a special scavenger hunt in MINILAND USA before ending the night with an amazing fireworks show over Lake Eloise. Then on Monday, Dec. 31 only, ring in the new year with our traditional before-midnight brick drop and an even bigger fireworks spectacular
SEND